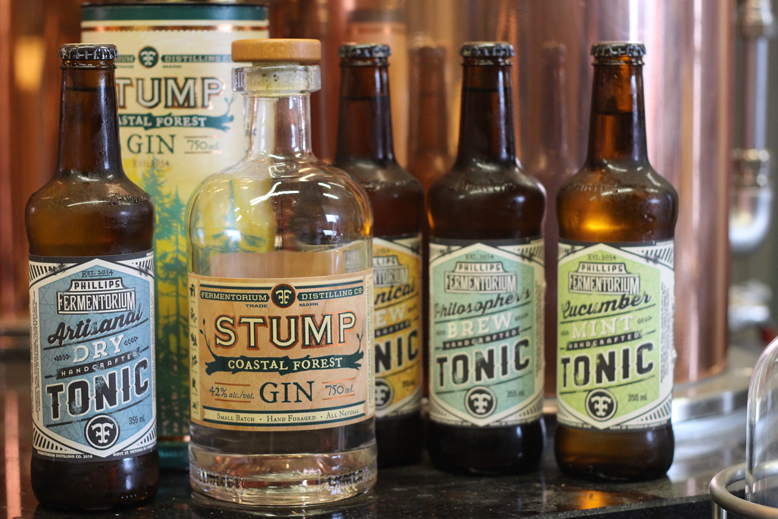 Back in December, Phillips Brewing launched the spirits arm of their growing beverage empire — Fermentorium Distilling Co. The release was a quiet one. A few bottles of their Stump Coastal Forest gin slid onto bar shelves around town. Accompanied by their mixed pack of handcrafted tonics (four unique flavours) and a hop drop elixir liqueur, Fermentorium had created the perfect trifecta for local spirit enthusiasts. But tracking down a bottle proved tricky.

I chatted with Matt Phillips, the man behind the beer and gin and sodas about their new project, when Stump will officially hit store shelves and creating a spirit that reflects Vancouver Island.

Kaitlyn: How long have you been waiting to start distilling?

Matt: Way too long! Actually, it’s really an embarrassing story. Ten years ago, I had the idea to make a gin and tonic. The stumbling block was packaging the tonics. I went to everyone I knew with a canning machine and asked, “Would you be willing to package tonics?” Everyone said no because our volumes weren’t big enough. And so I let the project fester for a while.

M: About eight years ago I got a distilling license. I thought, “Fine, we’ll just do gin, forget the tonic.” We got the license and were up and running with it and then we moved locations. Basically, we decommissioned the system. We became so busy with beer that we kept renewing the license, but doing nothing with it. Two years ago, we were given the choice to start producing spirits or lose the license. And in that time people started bottling tonics, so the original project came together. 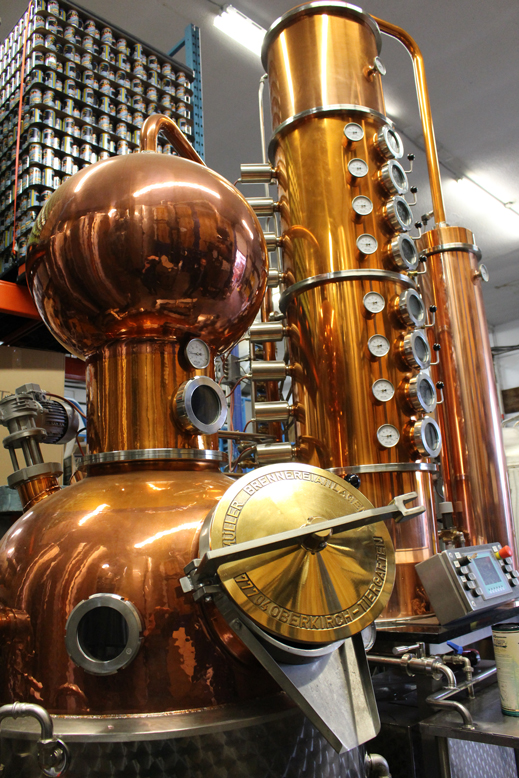 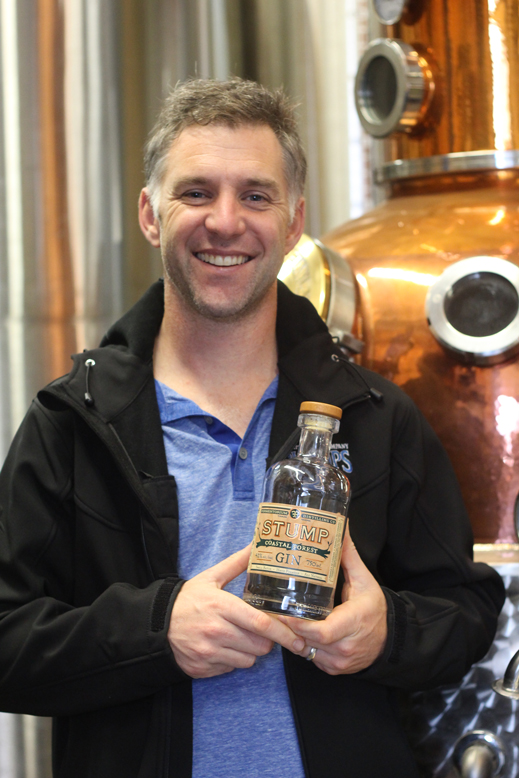 M: In the last year we’ve done a lot of botanical research, figuring out what to put in our gin recipe. We arrived on grand fir, coriander, lavender, bay laurel, juniper of course and cascade hops and barley. The hops and barely is a shout-out to who we are. We wanted each ingredient to have enough of a thumbprint that it changed the gin for the positive. When you have 40 botanicals, it’s lovely but it’s not very precise.

K: What can we expect from the recipe?

M: We wanted some citrus notes, but we also wanted to channel the ingredients into an island sourcing regime, it was important that the flavours were authentic to Vancouver Island. That pretty much rules out limes and lemons. We wanted the gin to taste like the island, like a walk in the forest.

M: The name was a really easy decision for us, because there’s already Phillips Distilling. We had to change it up.

K: I’ve been looking in stores, when will it be available?

M: It was a very soft launch. We have all this beautiful gin sitting in tanks waiting to go. We’re held back by the bottles. It took a while to get them and now we’re waiting for corks. It’s the softest, most frustrating launch we’ve ever had by country miles. We’re hoping that within a month we can start shipping.

K: But the tonics are available! How did you decide on the flavours? (Artisanal Dry, Botanical Brew, Philosopher’s Brew and Cucumber Mint)

M: We starting working on one and hit indecision early on. The idea of going with a dry, classic tonic was fun, but it felt like we might be half-assing it. Why not explore tonics? That’s why we went with the four pack. If I’m drinking a tonic without gin, I have a hard time choosing my favourite. They are half the sugar a normal soda would be so it’s always refreshing and dry and tart.

K: Are you planning another spirit/soda launch? What’s next for Phillips?

M: Right now the biggest excitement at Phillips is that we’re building a malting plant. We’ll be able to malt our own barley. Last summer on the peninsula we had three farmers grow barley for us. We’re hoping to be up and running shortly. You can’t just throw barley into a brew process, it has to be malted first. We’ll be one of three or four breweries in North America with our own malting plant. The eventual hope is to use all island grown barley.

Pending the arrival of corks, Stump Coastal Gin will be available in private liquor stores only starting in March. Follow Phillips on Twitter and Instagram for release dates. 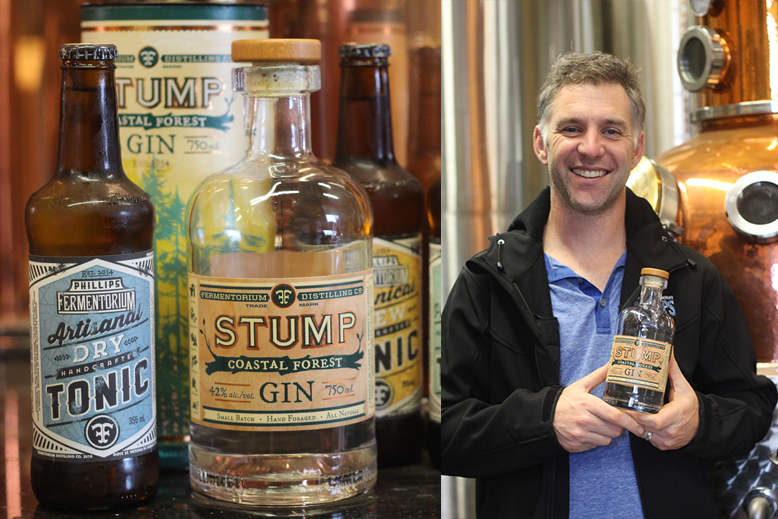 The article on L’Apéro in the May|June issue should have stated Chef Andrea Maiolo staged at The Courtney Room and Zambri’s and that he held the ...
Read More
May|June issue on the stands. Read ...
Read More
A new bakery has opened in the Leland building at 2506 Douglas St. Working Culture Bread is serving up naturally leavened sourdough breads, as well ...
Read More