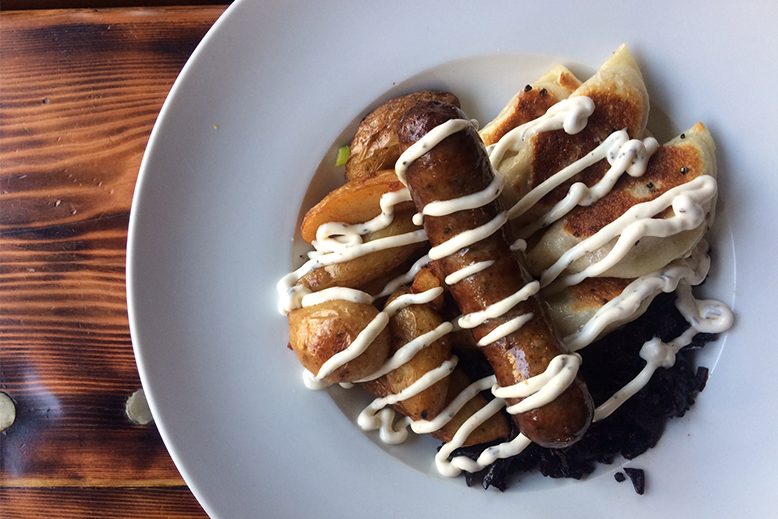 “Sült” has etymological roots across Europe. In Gaelic, it refers to pork fat or a dish made of it. In Hungarian, it translates to “fried” and refers to American-style cuisine. In German, “to roast.” Scandinavian translates “Sült” to both hunger and starvation, as well as satisfaction and content. These last meanings well describe people respectively arriving and leaving the downtown Victoria restaurant of the same name. 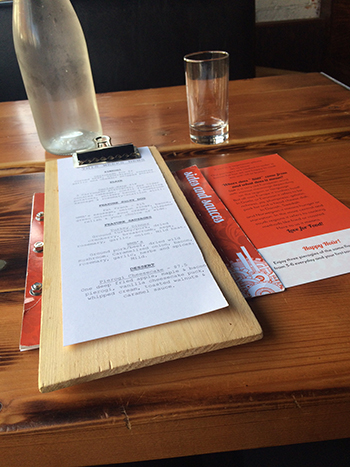 Sült Pierogi Bar’s chef and owner Troy Barnaby may have chosen the perfect name. Just as the word itself stretches across cultures and traditions, so do Sült’s delectable interpretations of the classic pierogi.

“My most important thing with food is that it’s full of flavour. I like it to be fun, exciting, sometimes whimsical […] kind of like fusion with cuisines, but also fusion within the same cuisine.”

An interest in culinary fusion from within has now grown into a successful business, all centred around the Eastern European dumpling. On Sült’s permanent menu you’ll find a classic cheese and potato pierogi called “Squeaks,” the Mediterranean-inspired “Tuscan Raider,” and the DB-CB, an American-style double bacon cheeseburger pierogi, complete with ketchup, mustard, pickles, onions, and sourdough loaf.

The fusion-from-within principle is applied to Sült’s other specialty, gourmet sausages. Like the pierogis and most else on the menu, Sült’s sausages are made in-house. Versatility is the name of the game, with sampler as well as “Dogs and Bun Fun” options. However, special attention should be paid to the specials, where seasonal fusions shine. Where else would you find Pumpkin Pierogies? 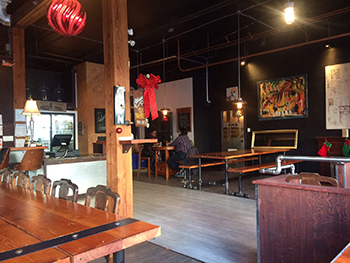 Barnaby, like his inventive and appetizing brainchildren, comes from a background of culinary experimentation and diversity. The specialty to which he owes his success was narrowed in on as a means of doing something exciting with a food generally untouched by the local culinary industry. With experience working in cafes, natural food markets, and pubs, and a love for all things ethnic, no wonder Sült thrives on versatile flavours that make an impact.

“I like bold, strong flavours. I guess that’s kind of my style.”

The balance of tastefulness with boldness in flavour is emulated throughout the restaurant too. Big, clunky wooden furniture, exposed bricks and pipes, and industrial lighting complement the relaxed music and staff’s friendly demeanor.

Sült opened September 13, 2015, and its success has been steadily rising since, particularly as of late. Barnaby contributes recent accomplishments to seasonal tendencies. The hearty, comforting dishes of Sült are ideal companions to a cold day and one of their many local bombers. Though there’s great snacking too, especially during the 3-6 happy hour, where you can try three of any pierogi for three bucks (see what they did there?). Seems like now’s as good a time as ever to determine what “Sült” means to you.