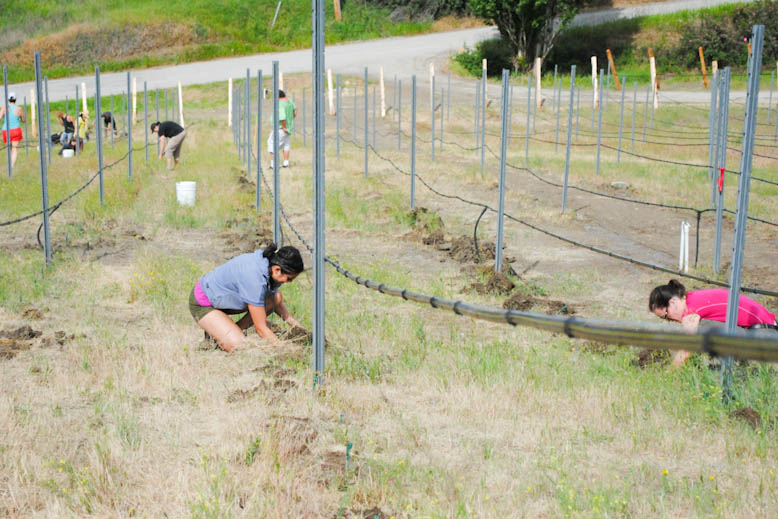 If you love wine you’ve probably thought about starting a winery. It’s something most wine lovers think about, whether fleetingly or in earnest. We sip a delightful glass of something, wax poetically about sun-dappled rows and working the land in discovery of terroir. While enjoying wine under ideal conditions we distance winemaking from agriculture—where aching joints and a dirty posterior are the reality.

“Hey, do you want to help us plant our vineyard?” The question posed by Wendy Rose and Jay Drysdale of Bella Wines seemed innocent enough. I live in BC wine (aka farming) country and knew what was in store, but the proposition was alluring. The opportunity to be part of a tradition of centuries-old bubble houses outweighed the distant reality of hands-in-dirt labour. I signed up.

On a sunny day in mid-June, twenty friends and family members descended on Bella Wines’ small Naramata vineyard-to-be. It was an assorted group of enthusiastic volunteers, many hailing from Vancouver and without a blister yet between us. We had no idea what was about to happen. 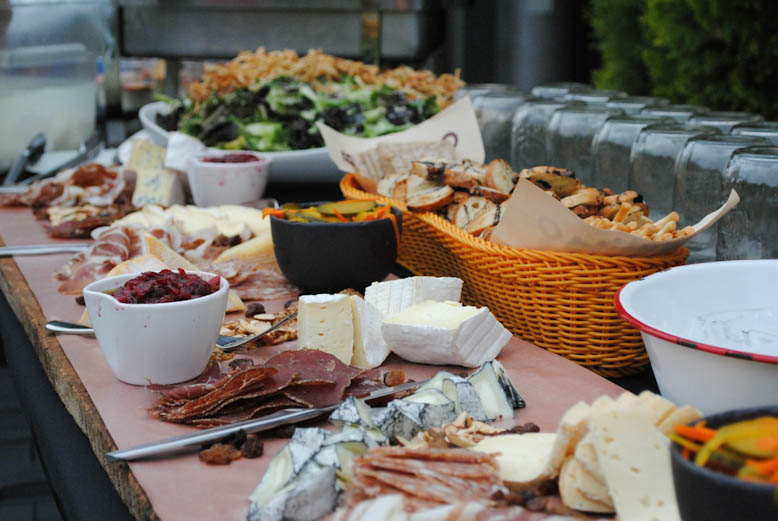 Step One: lovingly misdirect the expectations of your crew

To plant a vineyard is to experience terroir up close and personal, but it’s best to describe it as “large-scale gardening” if you hold any hope of attracting volunteers. We were hooked by the romance of the story (a charming couple planting a vineyard to make bubbly) and bribed by the promise of a gourmet catered lunch (Brodo Kitchen can win over almost any appetite). But farming means getting dirty—your hands, boots, and clothing get filthy. Gloves were discarded becoming bogged down by wet silt (think pottery clay), and a muddy derriere was to follow me all day. 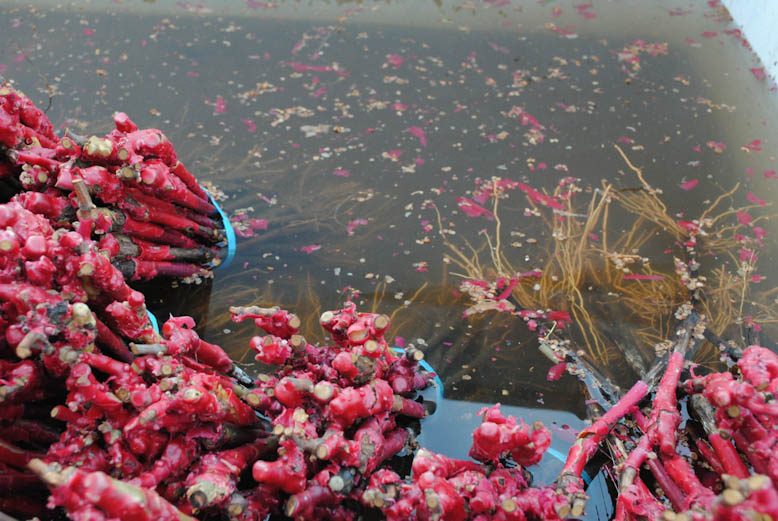 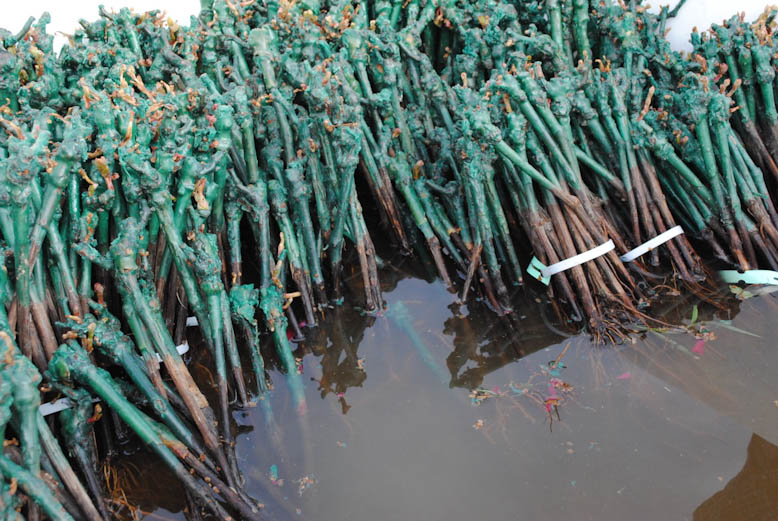 Vines aren’t cheap. Bella’s plants were an average of $3 vine. The vine-lings looked like a waxy 5” stick with a few root tendrils and a slim chance for survival, but the reality is the opposite: the wax coating protects the wee vine from damaging its buds. Wendy and Jay purchased 1,800 Chardonnay and 1,400 Gamay vines to cover approximately 2.5 acres in a series of “blocks” (groups) on their site. Tip: don’t encourage dogs to play fetch during planting.

We lose a few at the buried-cow-horn part of biodynamics, but a number of growers embrace some if not all of the teachings by Rudolf Steiner. Biodynamic certification is a process, but anyone with an interest in participating can access the information and follow along. Bella was planted on a leaf day [italics] according to the biodynamic calendar, as Jay is interested in anything that gives his farm the best chance at success in the most natural way. If that means meeting Laverne the Highland Cow at Covert Farms, collecting poop, and making a “poo-tea” to coat vine roots prior to planting, then so be it. 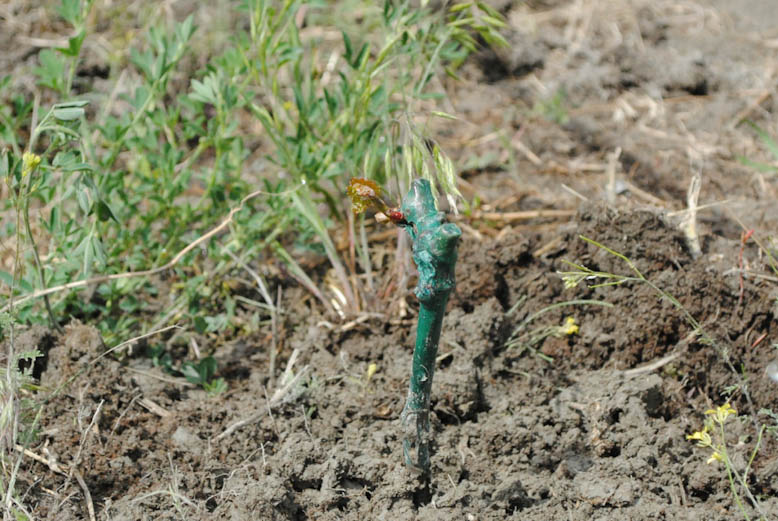 Orientation began at 7:30am. Before we arrived, the vineyard rows at Bella were posted and had drip irrigation lines tested (also creating a mud-pie like experience for planting) so all that remained was to put vines in dirt. We worked in teams of three: one person pre-dug holes while two followed to plant the vines. It’s hard to say which was more strenuous: diggers worked in easy (muddy) to hard (rocky) soil, while planters did a squat-plant-backfill-stand-stamp repetition every four feet—for almost 2,400 vines. Sometimes a vine was planted twice if Mohamed (aka quality control) discovered it not in line with the row; keeping vines in line means easier row navigation by tractor. I replanted a few. After a day as a planter, I cursed stairs—and Mo—for days. 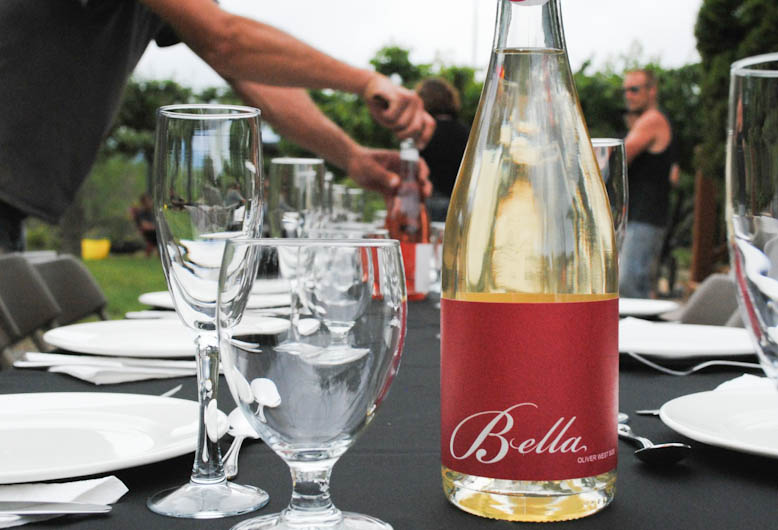 The bosses called lunch near 2pm, leaving a few hundred gamay vines to plant that afternoon. Our dirt-laden crew wearily staggered to find seats at an elegantly set lunch table – dining en plein air, as being at a bubble house comes with some decadence. We loaded our plates with duck confit lasagna, artisan cheeses, and charcuterie – our glasses were filled (and refilled) with bubbles. We sated ourselves, shared stories of vineyard battle wounds, and soaked up the generosity of spirit that filled the air. By the time lunch ended we were planning a reunion to work the first harvest.

Farming isn’t a glamorous life, and winemaking is farming after all. To start something that, if tended well, can span generations is more than farming and winemaking combined: it’s storytelling for decades to come. “This vineyard will be here after we’re all gone”, said Wendy, as we sat down to have lunch. “You’re part of Bella’s history. Thank you.”

The article on L’Apéro in the May|June issue should have stated Chef Andrea Maiolo staged at The Courtney Room and Zambri’s and that he held the ...
Read More
May|June issue on the stands. Read ...
Read More
New Year’s almost here. Leave the Christmas excess behind, grab a bottle of BC wine and celebrate. Fizz. We all need more fizz in our lives – ...
Read More