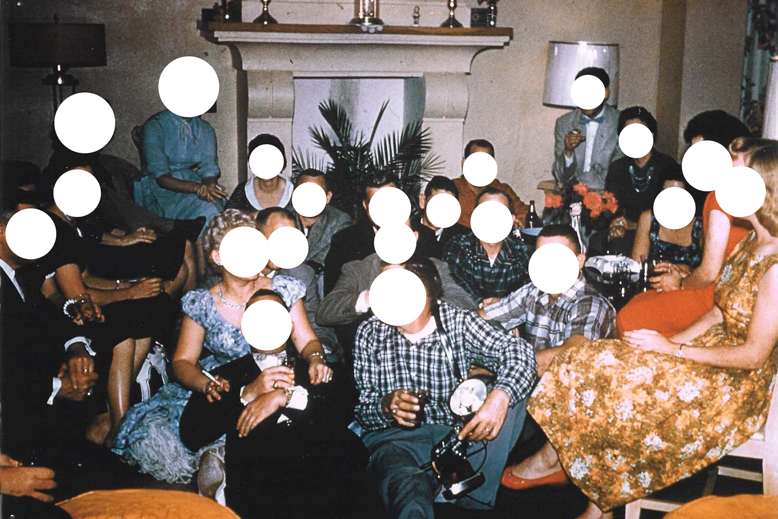 I can’t tell you much about these individuals and their work for a number of reasons. For one, they are incredibly secretive. They know, I think, that they are onto something good. Second, they are most certainly skeptical of my exposé writerly ways—I’ve had to repeatedly promise that I won’t take photos, won’t publish their names, and that I won’t reveal too much about what they are doing. Lastly, these guys are incredibly modest. No, really—they were reluctant to meet with me because they all rather bashfully admit to being “new to the pop-up” thing. Maybe so, but given the overwhelming success of their first event, they obviously have a preternatural affinity for this kind of thing.

That word I’ve just thrown in, pop-up, is an important one. Pop-ups are a thing right now, and the format varies. EAT writer Lillie Louise Major wrote on Victoria’s DIYU pop-up last year, and The Oregonian annual restaurant guide awarded the Portland “pop-up dining scene” in general as the cuisine event of the year.  In some ways, then, it’s unsurprising that a group of young and talented individuals passionate about food and drink would chose the pop-up as the ideal format for culinary creativity, expression, and simplicity. Maybe, but that’s not quite what’s going on here. 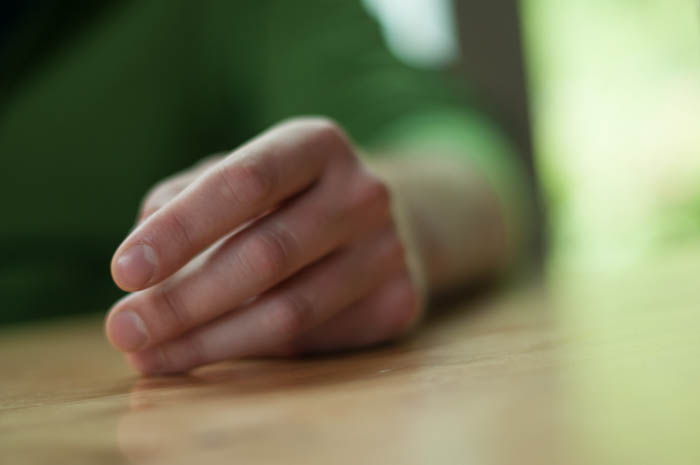 We can’t tell you their names, but we can show you their hand

Since I can’t use names, I’ll draw on X-Files characters. Mulder tells me “there’s a huge space in this city for something beyond restaurant relationships with food… there’s a gap for those of us who want to experience food. ” Mulder’s colleague, Skinner, chimes in, “There’s also the idea of the dinner as event production… you know, having someone play the saw, or having a puppet show—it’s the theatricality of it, it’s as full [italics] a night out as you can imagine, it’s a full experience. Short of going to dinner theatre I guess—but who does that?” From across the table, Krycek excitedly interjects: “It’s also really about producing these completely one-off experiences that will be gone tomorrow.” In theatre, any given night of a show will be an ephemeral one; because of the “live” nature of the medium, an actor might forget a line, a prop might break, or a technical cue will be missed and, so, improvisation is a must. No show, in short, will be like the last one. While each individual popup event put on by this surreptitious collective is entirely unique, the allure of the  ephemeral, I think, is foundational for this collective.

So what can I tell you about this group? Four local food and drink individuals of fine repute have decided to organize their own pop-ups, complete with live entertainment, an unconventional setting, and a careful sense of spectacle and theatricality. A venue is picked—it might be a warehouse, a mansion, a landfill, or a raccoon den—a simple food and drink menu is painstakingly created (“[creating a menu] is absolutely exhausting—I didn’t sleep the night before, and I had been up for 48 hours,” says Chef Krycek), a space is transformed/aestheticized, invitations are surreptitiously spread, and the event happens. The menu, drinks, and entertainment are not revealed until the night of—everything will come as a complete surprise if you’re lucky enough to find yourself at the event.

“It was a completely impractical and dumb thing to do, but totally [italics] worth it, and super exhilarating,” Krycek laughs. While their first event was a resounding success, the preparations sounded nothing short of hilariously insane. “[Skinner’s] analogy of a production of theatre works,” Mulder tells me.  “The show is held together with scotch tape, gum, and improvisation,” Skinner laughs, “and up until that final moment it’s a disaster, but when the curtain goes up—it’s perfect! And that’s the thrill!” As frantic as the prep might have been, and while a degree of humorous self-deprecation peppers our conversation, it’s clear that this group is a competent one ready to showcase their talents.

“We know that we can do this well… I felt that in some of my jobs, you have these extra skills that, because you’re seen as just a server, you’re never allowed to express,” Mulder tells me. “In the restaurant industry, it’s getting to the point where you can only own a restaurant if you are rich, or you have to work a really long time to build the reputation. Here, we can just do it.”  And while the elements of organization and spectacle compose an important element of this collective, their commitment to experimental and, well, fun cuisine is an integral element: “We have a lot of restrictions on ingredients because of capital [that we lack]. It’s like Terza Rima—if you put those restrictions on your writing, it becomes harder but it also becomes freeing because you can play around with that art. It’s really the only viable way for us to do it on a small scale like we’re doing,” Skinner articulates.

We’re well into our third cup of coffee by this point in the interview, and I’m lucky enough to hear the completely insane, charming, and whimsical plans in place for this collective. But of course, I can’t tell you anything about what’s coming up. So, in a sense, I realize that this article might be met with a resounding “Why?” I can’t, after all, tell you anything about this group, I can’t tell you where or when the next event is, I can’t tell you how to get tickets. I can’t tell you what’s on the menu, I can’t tell you about the drinks, and I surely can’t tell you if I’m going or not. But what I can tell you is that this is a case of individuals passionate about the experience—not the consumption—of food and drink in Victoria. While much of the pop-up movement emphasizes the simplicity of good food—minimal service, minimal  atmosphere, minimal price—and while this collective might, to a degree, seek that simplicity, they’re more interested, I think, in the experience of being around brilliant, creative, and unrestricted food and drink, and about viewing that food as a prompt to experience people, community, and culture. Undoubtedly, the experiences offered by this mysterious group will make a lasting impression on whoever has the privilege or opportunity to get there. Elitist? Maybe, but Victoria can be a tough town to forge a professional or creative space in—especially in the realm of food. Gary Hynes wrote just over a year ago that pop-ups signal the reconsideration of the “conventional idea of the ‘restaurant.’” Absolutely. And, talking to this group, that’s exactly what’s happening here. With an emphasis on ephemerality, spectacle, and the experience of food, however, this group seeks to push that notion as far as it can go. “It’s a heist,” Skinner shrugs, “every event revolves around the question: how can we pull this off?”

Featured photo from VR-24, depicting a group of US navy airline squadron members at a house party. Original with faces after the link.

The article on L’Apéro in the May|June issue should have stated Chef Andrea Maiolo staged at The Courtney Room and Zambri’s and that he held the ...
Read More
May|June issue on the stands. Read ...
Read More
As a generally skeptical person, I felt ill-suited for a story on the proposed Victoria Community Food Hub. Sustainable products, food security, and ...
Read More