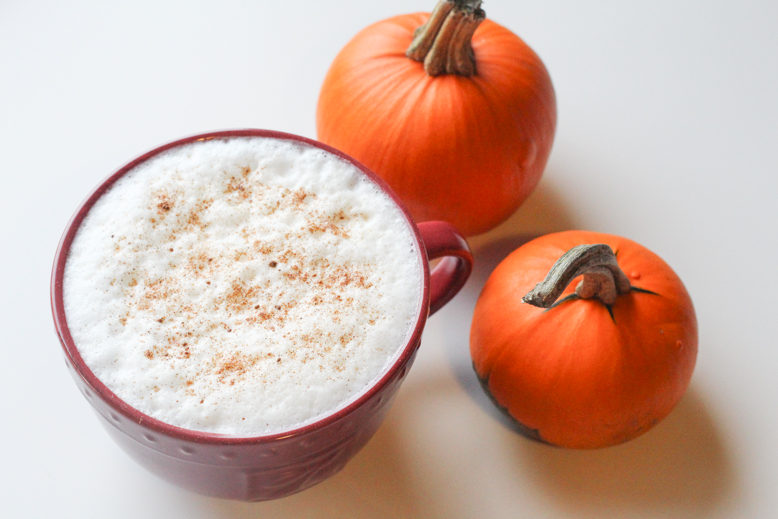 In an alternate universe, the harvesting of crops, a crisp chill in the air and shorter days would mark the arrival of fall. Instead, the release of the pumpkin spice latte (#PSL for short) triggers the transition. Starbucks — of course — holds the keys to this sacred tradition.

This year Starbucks released their pumpkin spice latte in late August. I’d be cautious to call the PSL a cultural phenomenon, although the company did trademark the acronym in 2013. Customers are invited to connect with the PSL on Twitter and Tumblr, and Starbucks reports more than 200 million have been ordered since their introduction in 2003.

The recipe has remained the same for the past 11 years. However, missing from the formula is real pumpkin. Feeling duped by the lack of actual pumpkin, I devised my own pumpkin syrup that’s heavy on the orange stuff.

Once cooked, the syrup takes on a thicker consistency, akin to applesauce. A full batch makes almost two cups. For those less inclined to hit the caffeine, I’ve found steamed pumpkin milk (almond milk would also be amazing) hits the spot. I’ve also sautéed firm pears and apples with a few tablespoons of the pumpkin syrup to serve over ice cream.

Don’t worry if the finished product tastes overly sweet — it invariably will! Any strong espresso or dark coffee will cut through the sugar.

If you’re looking to pick up a pumpkin latte around town, Starbucks is an obvious option. Tim Hortons has recently made a move on the pumpkin drink market but, apologies, I haven’t worked up the courage to test out their offering. Fernwood Coffee has a honey macchiato on their fall menu. Hey Happy Coffee’s seasonal drink is a sarsaparilla (root beer) latte, made in-house with autumn roots and spices. Shatterbox Coffee are serving a graham cracker latte, complete with its own hashtag, the #CGL. Share your favourite fall beverages with EAT on Twitter or Facebook.

We’d also love to see your fall food traditions. Tag your photos with @eatmag on Instagram or tweet us using @eatmagazine and show us how you’re using the maple pumpkin syrup. 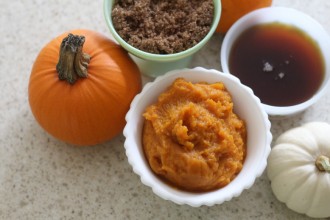 Superflux Cabana has opened upstairs at 804 Broughton St (the former location of The Livet). Featuring lots of Superflux beer and a menu that ...
Read More
January|February issue is on the stands! Pick up a copy, or read the digital version. Read ...
Read More
Taste Premium California Wine hosted by renowned Sommelier Peter Lindenlaub The Victoria Wine Festival has assembled a winter seminar to showcase the ...
Read More