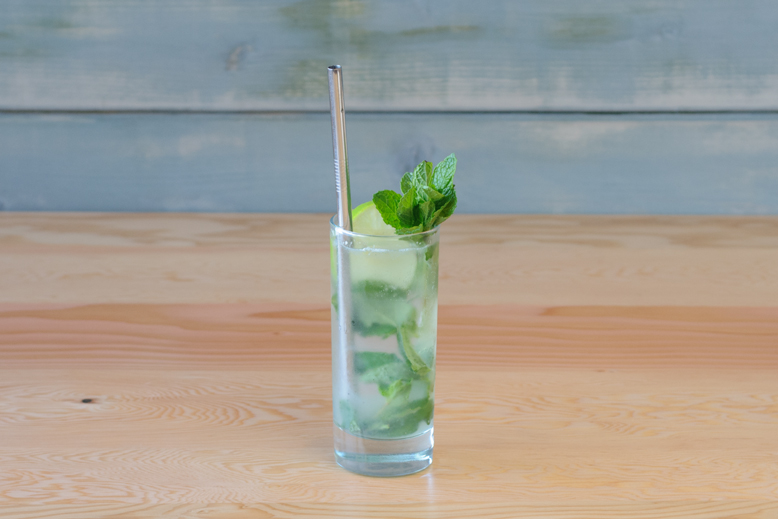 In part one, we spoke about the classic Daiquiri, a cocktail with a unifying beginning, a historically, somewhat celebrity upbringing until its degradation with many a slushy machine and plastic grenade glasses in Vegas. The summer cocktail of part two has had its own ups and downs, beginning as a simple variation of the julep to the “stick drink” of the nineties and hated (unnecessarily) by bartenders worldwide because it’s “hard”. The Mojito is simply instigated, terribly easy to butcher and ruin, and one of the most refreshing cocktails of the modern age.

Hemingway mentioned drinking the Mojito during his time in Cuba; I am sure you are seeing a trend here for Ernest’s drinking through the vein of summer cocktails. As we walk through the summer cocktail classics, you will definitely see a trend. The Mojito was made famous at La Bodeguita del Medio in Havana and to this day tourists rush to the “hole in the wall” to enjoy the almost 100 year history of making the Mojito. It is reported that they use 35 pounds of mint daily for the creation.

But let’s begin in the beginning. The Mojito’s history has been debated for many years; some believe it was from the 16th century and was called the “El Draque”, named after Sir Francis Drake—after his Cuban conquests, local natives helped his men combat scurvy with a mix of rum, lime and mint (Yerba Buena is the local variant). There are stories of the mint julep making its way to Cuba during prohibition and being tweaked to use local ingredients in the drink that the Americans brought.

Either way, the next 100 or so years were not too nice for the Mojito; it became the bane of many a suburban bartender who needed to search out mint, HAD to have a muddler on hand, and once the drinks came out to the table, await the dozens of orders that followed. They were flavoured with more fruit, shaken, modified, and changed to a point of absurdity. Now, we are back to a realistic medium of how a Mojito should be made and presented and, if you follow the recipe, it does not require a muddler.

A really good Mojito should be steeped, like tea, for an extended period. The alcohol, sugar and lime juice all gently eating away at the tender mint leaves extracting the mintiness without the use of the muddler. When you muddle green leaves, the tearing can cause the bitter chlorophyll to impart a quite nasty flavour into your favorite beverage. Once the mint has steeped in the cocktail mix, a few cubes of ice, a good stir and a splash of soda is all you need. It is also great to make on a bigger scale in a jug or punchbowl.

Place mint leaves in your hand and slap them, this will kick off the infusion. Place all ingredients except the soda in a highball glass and let rest for 5 – 10 minutes (if making a jug, let it sit about 15 minutes) before adding ice and soda. Garnish with a mint sprig and enjoy.