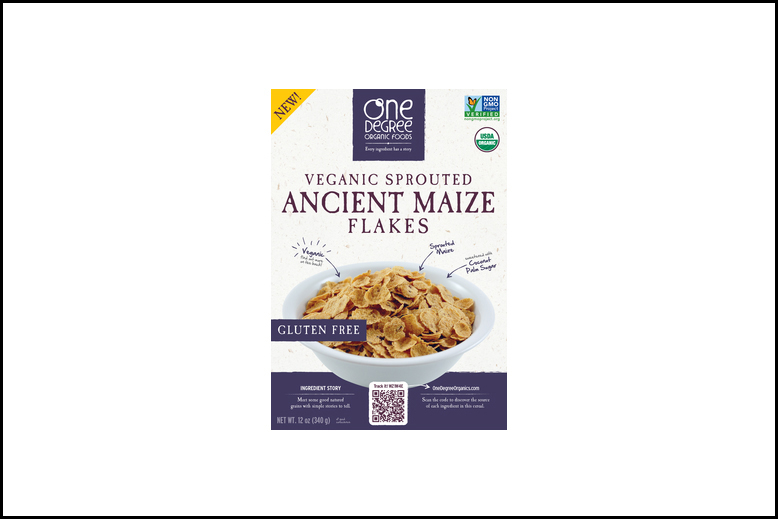 Recent research suggests eating breakfast daily is a crucial investment in good health. Unfortunately, not enough Canadians are making this investment.  A pan Canadian survey conducted in July 2006 revealed that 40% of Canadians do not consume breakfast on a regular basis. The majority of the survey participants cited “lack of time” as their biggest obstacle to “breaking the fast”.  That’s a shame because consuming the morning meal provides a plethora of health benefits, including, a reduced risk for cardiovascular disease and type 2 diabetes, better weight control and improved cognitive function and scholastic achievement.

So what exactly is a time-crunched Canadian to do?  Thankfully, there are numerous ways to whip up a healthy breakfast with minimal fuss. As a nutritionist, I normally recommend grabbing pre-prepared wholesome unprocessed foods like yogurt, muesli, hard-boiled eggs etc. I’ve been reluctant to recommend everyone’s favourite morning convenience food—boxed cereal—because, quite frankly, most cereals are not worth breaking the fast for!  Consider this—research conducted by the Cornucopia Institute, a non-profit American organization, found that the vast majority of cereals contain genetically modified grains, toxic pesticide residues, and an abundance of refined sugars. Surprisingly, some of the worst offenders were brands that market themselves as “healthy” and “natural” like Kashi’s and Barbara’s.

However, I recognize many of you adore cereal and it DOES provide a quick and easy workday solution to the “what’s for breakfast” question. That’s why I am delighted to report that I have finally stumbled upon a line of cereals I feel comfortable recommending.  BC-based One Degree Organics has developed a line of organic, sprouted, ancient grain cereals that have no rivals when it comes to providing nutrition and quality. The impressive line up consists of Ancient Maize Flakes, Ancient Grain O’s, Sprouted Brown Rice Crisps, Brown Rice Cacao Crisps and Ancient Grain Flakes. Every grain used in these cereals is certified organic, non-genetically modified, and sprouted before they are stone-milled at One Degree’s production facility.

What’s so great about sprouted grains you ask?  Nutritional analysis reveals that sprouted grains contain higher levels of protein, vitamins and minerals and are easier to digest than non-sprouted grains. In addition, they are less “allergenic” to people with grain protein sensitivities. Many people who are sensitive to wheat for instance, find they can easily tolerate sprouted wheat. What’s more, sprouting enhances the TASTE of grains—it brings out their inherent nutty sweet flavour. I experienced the latter phenomenon first hand when I tried the Ancient Maize Flakes, a gluten-free, crispy blend of ancient heirloom corn, buckwheat and amaranth lightly sweetened with organic low glycemic coconut palm sugar. I topped my morning bowl with some organic milk, walnuts and dried apricots and must admit it was so delicious and soul-satisfying I may just become a boxed cereal convert!  I even have visions of using the flakes “crushed” as a crispy coating for oven-baked chicken or whipping up my own energy bars with them.

Moreover, I confess to being won over by One Degree’s commitment to quality. Both their website and the QR code on the back of each box gives consumers the necessary tools to trace every single ingredient in each of their products. This allows you to “meet” and connect with the family farmers who grow the quality ingredients that make up these nutritious cereals. I’m quite certain the good folks at the Cornucopia Institute would be suitably impressed.

So no more excuses breakfast avoiders—you can easily reap the health benefits of a nutritious breakfast by filling your bowl with any cereal from One Degree’s stellar line up.  I eagerly anticipate trying each nutrient dense variety. I recommend you do the same—your palate and body will thank you!

The article on L’Apéro in the May|June issue should have stated Chef Andrea Maiolo staged at The Courtney Room and Zambri’s and that he held the ...
Read More
May|June issue on the stands. Read ...
Read More
Courtesy of La Butte Ronde, Ghislain Boudreau and Guy Martineau, proprietors. Pot-en-Pot is a traditional Les Îles-de-la-Madeleine dish typically ...
Read More