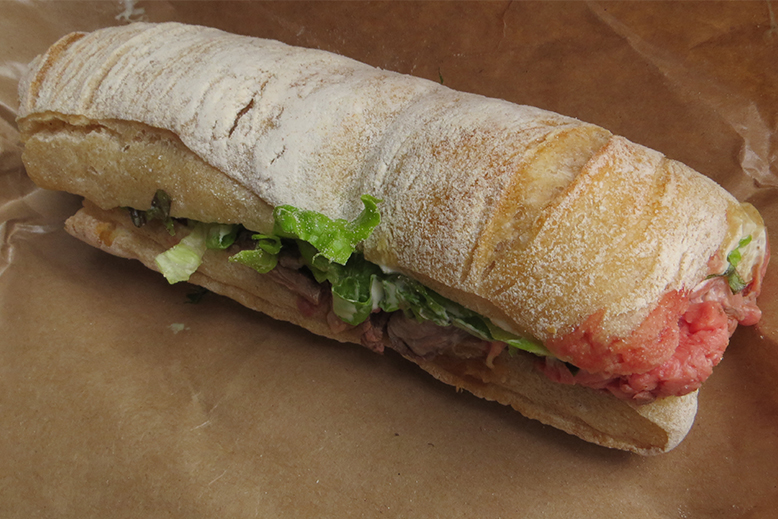 Originally, I had wanted to do a story on food delivery where I got to ride around in a pizza car in the middle of the night, taking brazen shots with my flash as the delivery people closed in upon the doors of those who are mad enough to brave the dark nights of the winter. It was supposed to be a ride along, “Cops”-style. I had hopes that a lot of people would open their doors with no shirts on. Unfortunately for me, none of the pizza places I approached wanted to have anything to do with this plan. I don’t know what the problem was, but I had a lot of metaphorical doors closed in my face. 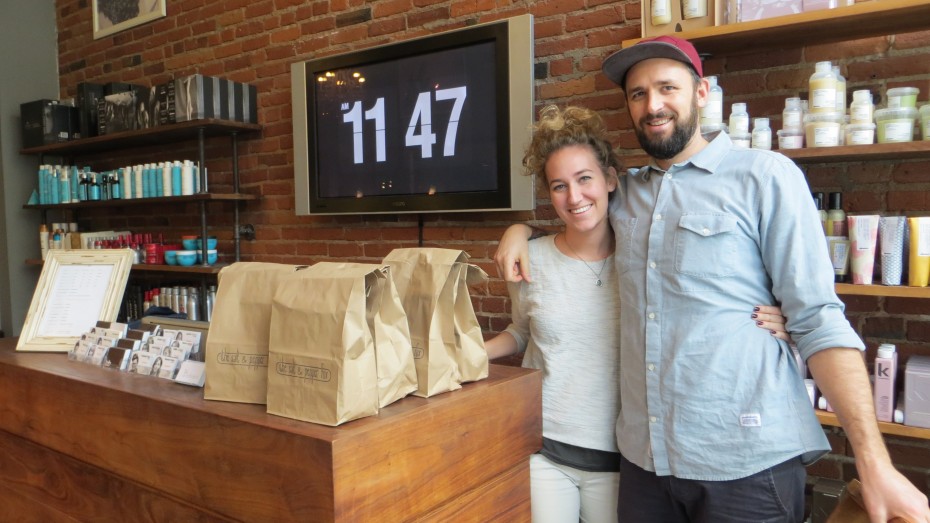 Fortunately for me, Liam, at the Salt and Pepper Fox, was willing to step in and let me take a delivery ride with him. This is an entirely different game from late night pizza delivery, but it was still cool and I’d like to tell you about it. A couple of months ago, Liam (who has been working for years as a professional chef, both here and in Alberta) started asking around among his friends to see who might like to have a fresh lunch delivered to them at work. The response was so overwhelmingly positive that Liam immediately went into business and began delivering. On the day I rode with him, he had only been at it for fours weeks and already he was delivering thirty-five lunches on that day. The premise is this: a lot of people who work in offices end up having to go to the same spots every day, or they end up having to eat junk food, because that is the only thing that is proximal to their place of business. Instead, with the Salt and Pepper Fox, a person can sign up on Friday and, for as many days as they like, they can get a lunch delivered instead. The lunch is different every time and the ingredients are, as much as possible, from scratch and local. 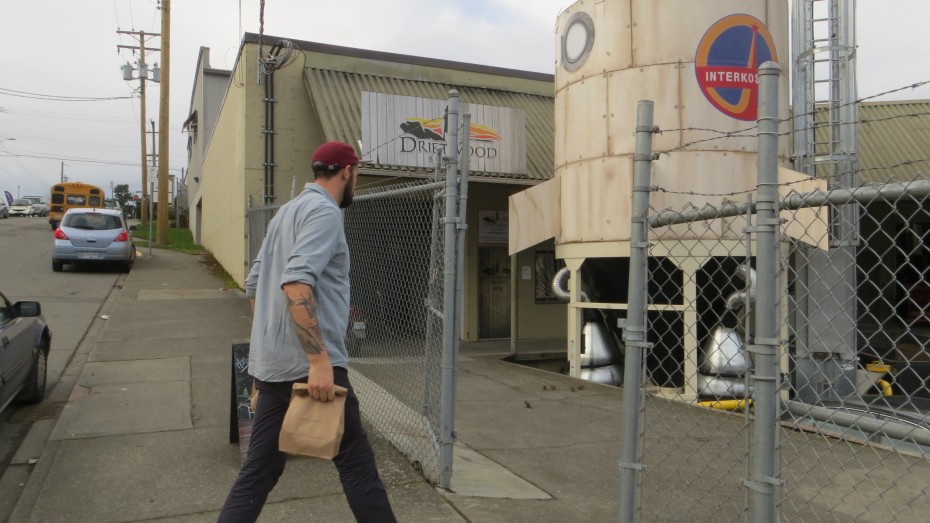 The day of my ride along, I had the roast beef sandwich (it had been cooked the night before in Liam’s kitchen and the beef came from Meatdogg at Island Meat and Seafood). The lunch came with an excellent salad and a homemade cookie. There are all sorts of deals to be had, daily lunches, once a week lunches, it is easy to pick and choose. The variety of people taking the lunches was wide, also. There were hair dressing salons, office workers, media companies, a brewery, and even a handy man that had one delivered to his truck. The process of packing the lunches and then distributing them about town is incredibly hectic. It involves a lot of furious parking and unparking. Part of Liam’s success comes, I’m sure, from his affability. His business began because his friends liked him and knew the quality of his cooking. Now though, he is delivering to strangers who have heard of his business through word of mouth. People seem genuinely delighted when their brown bag arrives at the door. It makes lunch a kind of event, as opposed to just more of the same routine. Plus it’s delicious. 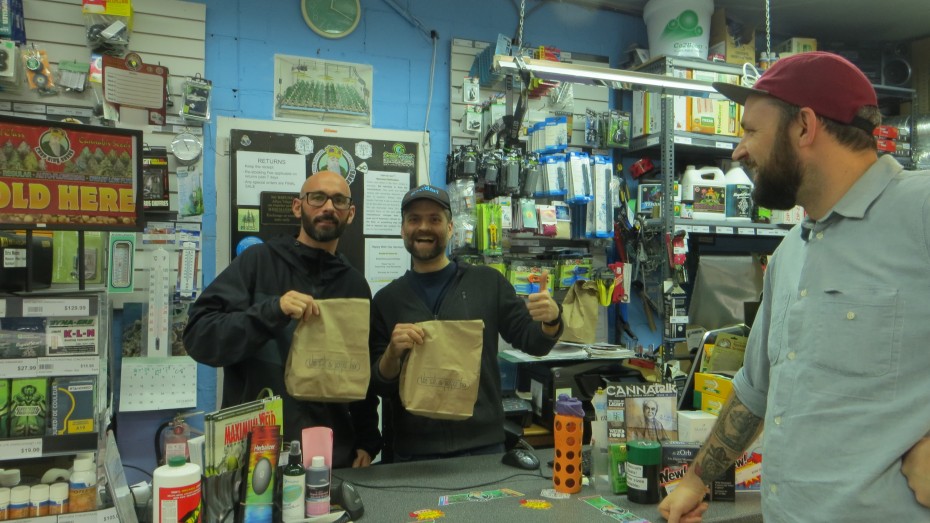 At the hydroponics store 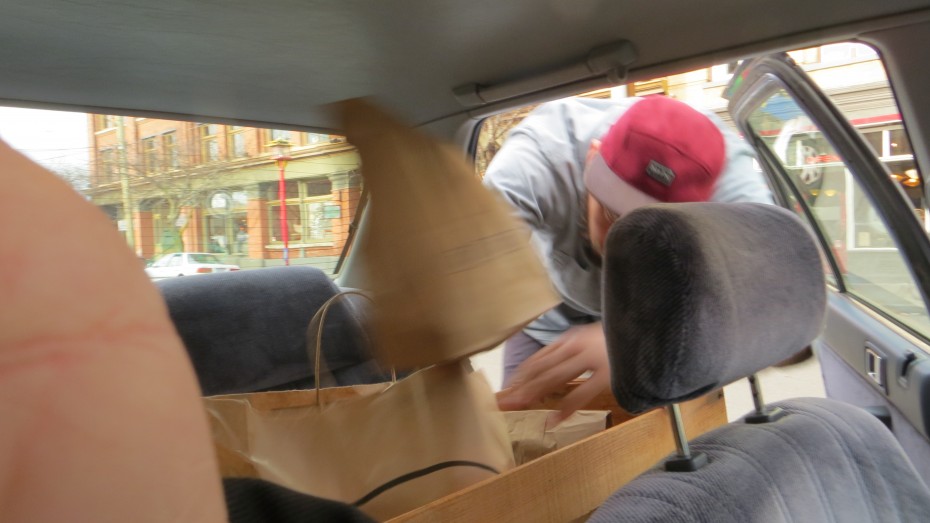 In the meantime, I haven’t given up on my pizza delivery plan. It is just a matter of finding the right candidate for my visions. I will keep you updated on my progress, dear readers. The Salt and Pepper Fox email Facebook

Progress is a tricky thing. People are scared of change. We are, after all, if nothing else, creatures of habit. But, truly, in recent years ...
Read More