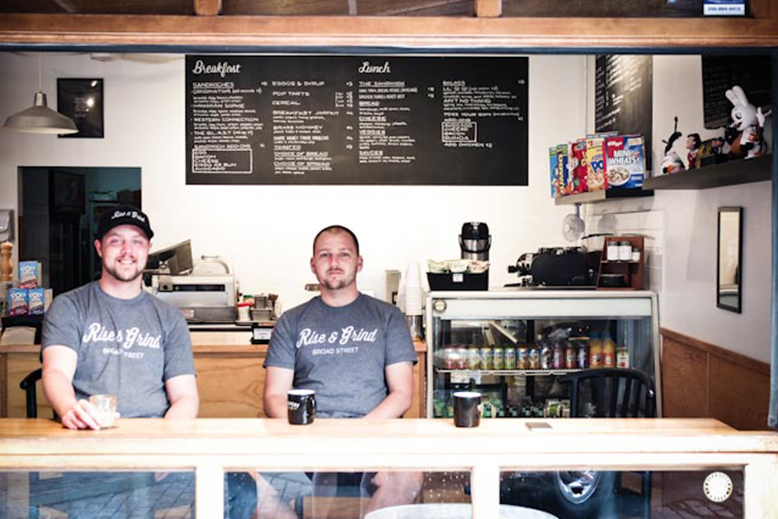 Let’s face it – early mornings are sometimes hard. Fortunately, a new café on Broad Street is helping make them a little more manageable with upbeat ‘90s hip-hop, classic breakfast cereals and a menu that runs deep but has nothing over $9.

Rise & Grind opened in early June in the former location of Bagels on Broad. Owned and operated by three friends who each seem to have a penchant for Notorious B.I.G., the café takes all the comforts of breakfast at home and serves them up in a casual, fun environment. Seriously, you’ll find things on the menu here that you won’t find anywhere else, like Pop-Tarts (one for $2, two for $3) toasted to perfection, and a selection of cereals you likely loved as a kid, such as Corn Pops, Frosted Flakes, Lucky Charms and more. You can get a small bowl for $3 or a large for $5. 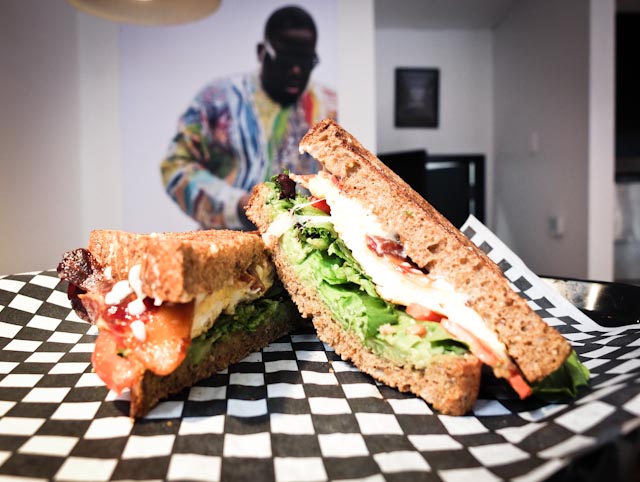 But Rise & Grind isn’t just nostalgic goodies. The menu has a number of breakfast sandwiches that will give any other in the city a run for its money. One in particular, the B.L.A.S.T. ($6) is a great starter to the day. With bacon, lettuce, avocado, smoked mozza and tomato, it’s awesome on its own or you can add an egg to it for a buck. You can also get bagels with a choice of toppings and a good cup of coffee.

“We don’t have backgrounds in restaurants,” says co-owner Ryan Wilson, “which I kind of think is better. We’re all very hip-hoppy and love breakfast and wanted to start a place that shows that.”

It might be worth noting that while Wilson and the other two partners aren’t restaurateurs by trade, they do know a bit about running a business. Wilson owns Bosley’s pet store with Jordan Roberts, another partner in Rise & Grind. Their manager at Bosley’s, Steven Peters, is the third partner in the business.

With the large selection of breakfast joints in the city, the guys at Rise & Grind aren’t aiming to reinvent the wheel or do something totally new. They are simply offering quality comfort food at a reasonable price that, “helps satisfy a craving,” says Wilson.

Plus, they are giving people a bit of an upbeat start to their days.

“Even if a customer comes in who doesn’t really know hip-hop, it still puts a smile on his face. It’s a genre that can totally do that.”

Photos: Steven Peters on the left and Ryan Wilson on the right. The sandwich is the B.L.A.S.T with an egg.  – Adrien Sala

July|August issue on the stands. Read ...
Read More
I still remember my entry-level wine class all those years ago, working through basic characteristics of key grapes. I knew next to nothing, and felt ...
Read More