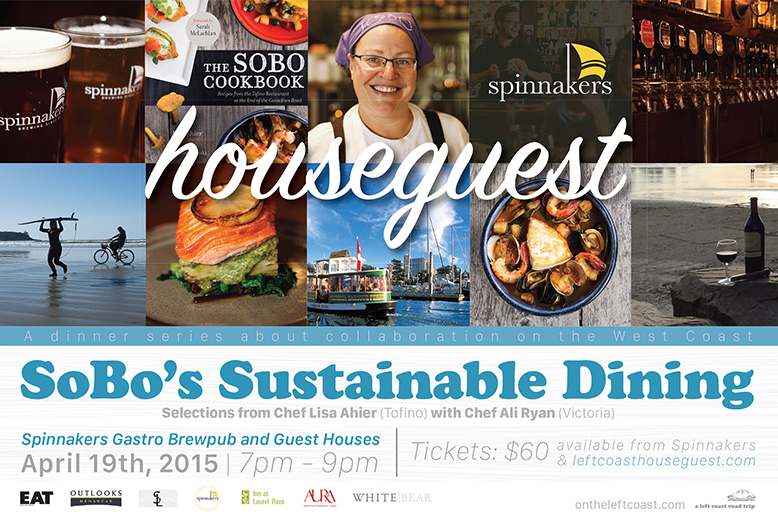 There’s a certain amount of romanticism associated with road trips. We’re given the power to leave our lives behind and arrive someplace new, no itinerary in tow. If ever there was a time to tell the road trip-haters that “It’s about the journey, not the destination”, this is it.

I’m a firm believer a road trip isn’t complete without a meal (or two) that sticks in your mind. Almost ten years ago, my family ducked into a small, all-day breakfast nook after many hours roaming the Newport Aquarium in Oregon. The special of the day? Crab cakes with fried eggs, which makes perfect sense for a seaside town. I think of that meal every time I order crab cakes, but they never compare (It’s all about the fresh dill!).

Sure, memories like mine require some amount of luck, but ultimately they rely on the ability to explore. How can we experience the rush of a road trip at home?

Morgan Blake had the same thought after a trip to Portland with his girlfriend Carmen Parry. A suggestion from a friend led them to Teardrop Cocktail Lounge. The staff took them under their wing, sharing Portland’s food secrets. “We had come from somewhere else and were welcomed like family,” says Blake. “The idea behind Houseguest was to reverse that feeling.”

The couple calls Houseguest a grassroots movement. With backgrounds in the food and beverage business, they see Houseguest as both a dinner series and an industry exchange program. The couple hopes to send Victoria chefs out of town in the future.

Pairing a houseguest with a local host is the next challenge. “There’s a lot of moving parts. Finding a restaurant that wants to host you and another chef is huge,” says Parry, who notes they relied on word of mouth to find the best chefs and bartenders.

This April, they hosted the first Houseguest dinner at Spinnaker’s Brewpub with Tofino chef Lisa Ahier. She brought the flavour of Sobo to Spinnakers, highlighting regional ingredients like halibut (served with gnocchi clouds and an orange reduction) and nettles (pureed into a tangy soup reminiscent of pesto). The five-course meal, with contributions from Spinnaker’s Ali Ryan, was paired with the brewpub’s extensive beer offering. Each chef presented notes and musings on their food, a personal touch that didn’t go unnoticed by guests.

The second dinner is scheduled for May 17 at Olo, featuring bartender Jordan Felix from Portland’s Whiskey Library. Olo’s executive chef, Brad Holmes, provides the nibbles for this cocktail reception evening.

For those already looking ahead to Father’s Day, The Drake hosts the third installment, the Brewmaster’s BBQ dinner. Four Winds Brewery from Delta and Category 12 Brewing will be pouring their beer and no one will go home hungry with food from Hank’s Untraditional BBQ.

While Blake and Parry are inspired by good food, they’re also driven by affection for Victoria. “We want to experience an engaged community and have fun with the food scene. We want people to realize it’s really easy to work together,” says Blake.

For those with a road trip in their future, all Houseguest guests are a driving distance away. Tickets for May and June will be available to purchase online at leftcoasthouseguest.com or follow EAT on Facebook.

The article on L’Apéro in the May|June issue should have stated Chef Andrea Maiolo staged at The Courtney Room and Zambri’s and that he held the ...
Read More
May|June issue on the stands. Read ...
Read More
In a far off corner of Bastion Square, halfway between The Maritime Museum and the Yates St. Parkade, there lives a little restaurant that serves ...
Read More