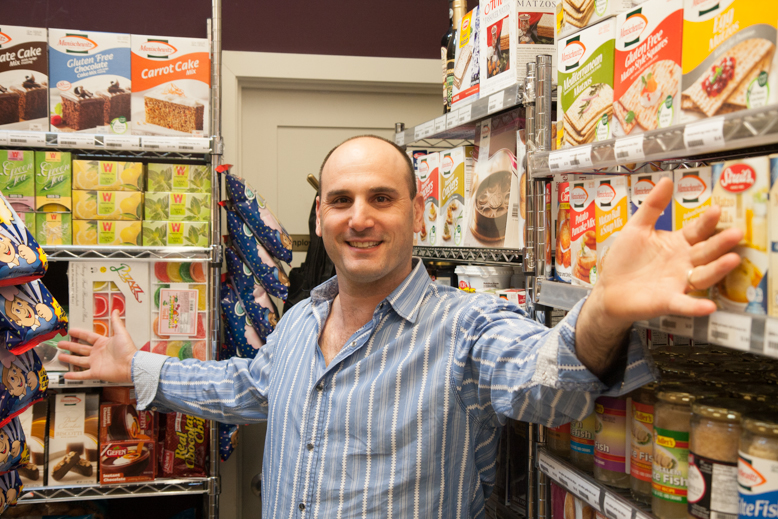 Passover is one of those holidays that even secular Jews hold especially dear. Like many other holidays, it celebrates a time in which an opposing nation failed to wipe us out. In this case, the story goes that the Jews were working as slaves in Egypt; God told them it was time to leave, used some plagues to convince the Pharaoh, and then parted the Red Sea, letting the Jews escape and flooding the Egyptian chariots. 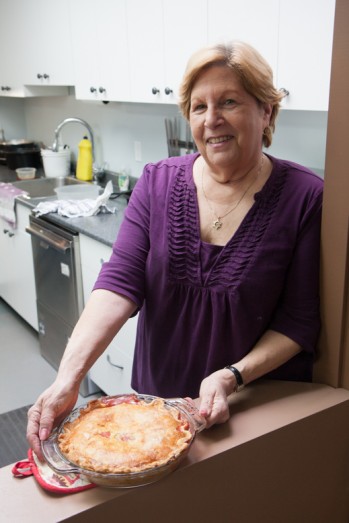 Passover is also very food-focused, because rather than taking place in a synagogue, most of the rituals happen at a series of special dinners called Seders. There are also some interesting dietary restrictions; Jews are not permitted to eat fermented grain products during the week of Passover, because the Jews left Egypt so quickly that they didn’t have time for their bread to rise (or even to stop at Starbucks, as my dad jokes every single year.) Instead, we eat thin crunchy crackers call matzo.

“We can’t have any bread or rice or noodles, so in a way it’s kind of like Lent,” says Rose Carr, who has been volunteer Head Chef at the Lox, Stock and Bagels deli for 25 years. “It’s kind of the Jewish version of Easter. It’s almost like everybody is the same, it’s just different ways of observing it, and, like Easter, it’s a big family event.”

If you’re ever invited to a Seder, keep in mind that most of your time is going to be spent waiting and listening, not eating — but when you finally reach the dinner part of the ceremony, there’s plenty to look forward to. Here are a few Passover standouts with some commentary from Rose, one of Victoria’s foremost Passover catering pros. 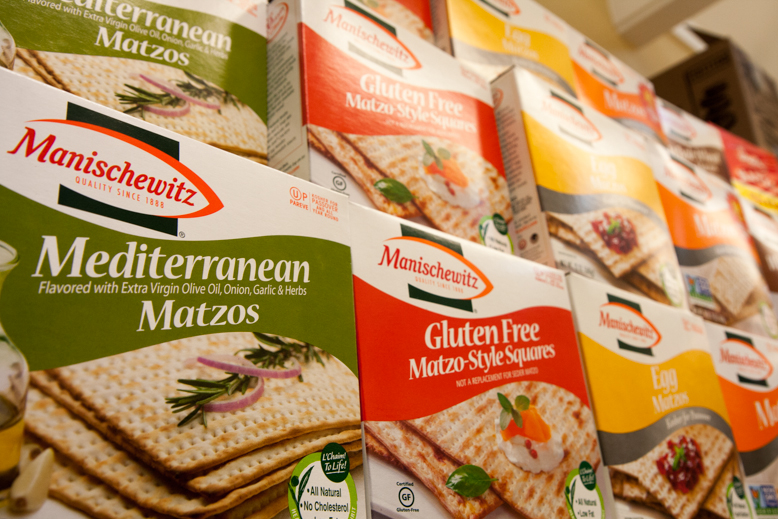 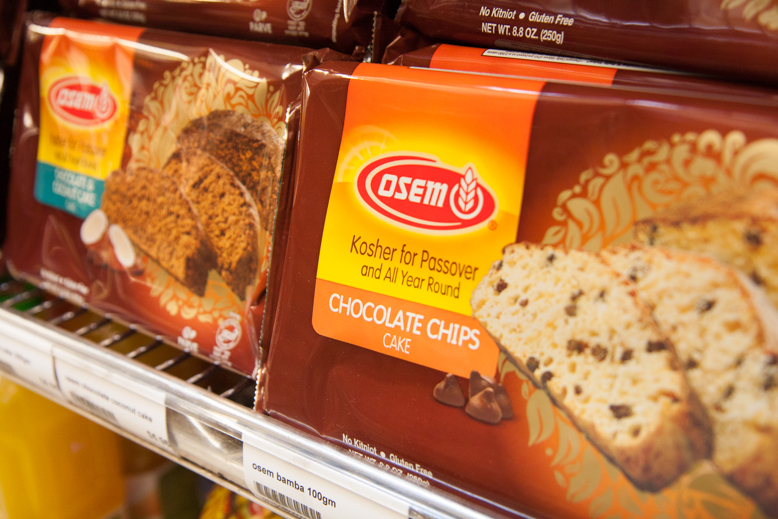 As you’ll soon notice, Passover doesn’t feature a lot of springtime food despite its seasonal timing. The opening salvo of the meal is often a chicken broth soup, featuring a few basic vegetables and a magical concoction of matzo, egg and oil. “They’re sort of like dumplings, you boil them in water then you put them in the soup when they’re ready. It’s Jewish penicillin, and you can use any part of the chicken, but usually the backs and necks are used so nothing would go to waste.” 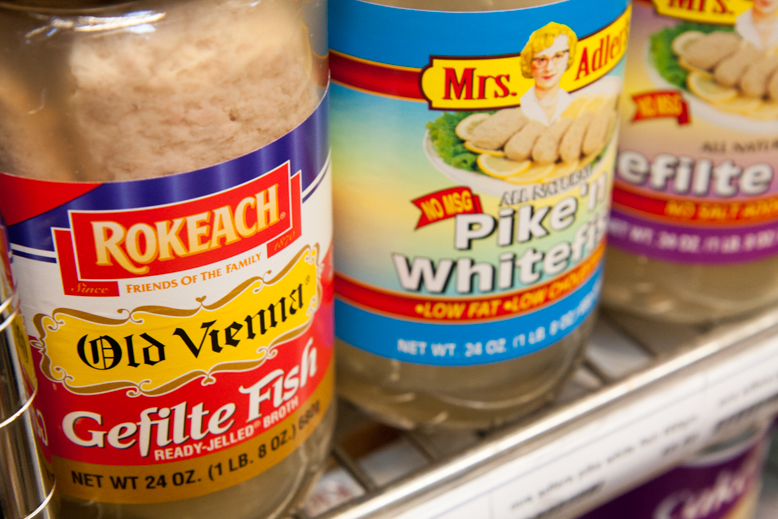 High on most people’s ick factor (“it’s very fishy, an acquired taste”) but my personal favourite, this is an oval-shaped cake of ground whitefish, egg, and matzo meal, boiled with carrots and served with horseradish. “Usually you put the skins of onions in with carrots,” says Rose. “That’s a secret most people don’t know.” Many people do make these, but for most of us they come in a jar, preserved in a jelly made by cooking down the boiling liquid.

What am I, chopped liver? “It’s just everything thrown together in a meat grinder, and since most people would just throw out the liver, the meaning became you’re no good, just throw you away, you’re chopped liver.” A paste made from sautéed chicken livers, hard-boiled egg, seasoning and schmaltz (chicken fat), you can often buy this year-round at Jewish delis.

“Then usually you go to the main course, some people might do a salad, but it’s kind of a waste because nobody wants to eat something that’s healthy. Passover’s not for healthy. You had a carrot on your gefilte fish and carrots in your soup, what more do you need?” Amen.

This primal cut of beef is often thought of as tender and fatty, but only because it’s usually cooked forever. Because cows don’t have collarbones, this area carries most of their body weight, making it chewy and full of connective tissue. Jews tend to cook it as a pot roast with a wide variety of cooking liquids. “It’s usually whatever your family has traditionally made, some are more of a tomato sauce, some are a wine sauce, if you’re from the Middle East it’s usually with apricots and stuff like that; it depends what your culture is.”

“Kugel is like a Jewish mac and cheese,” says Rose. It’s a casserole that predates (or maybe encouraged) the 1950s fad. When it’s not Passover, these are made sweet with egg noodles, raisins, cinnamon and cheese, but since noodles are out they’re often done savory with shredded potatoes and fried onion. Rose, on the other hand, does a matzo kugel with apples, “matzo that’s soaked so it’s soft and it’s mixed with eggs and seasoning.”

Tzimmes is another way to take something healthy and deliciously ruin it, cooking vegetables over low heat with plenty of tooth decay. “Basically, carrots sweetened with honey and brown sugar. Some people mix it with meat; some people will put prunes in it, depending again on what your family heritage is.” 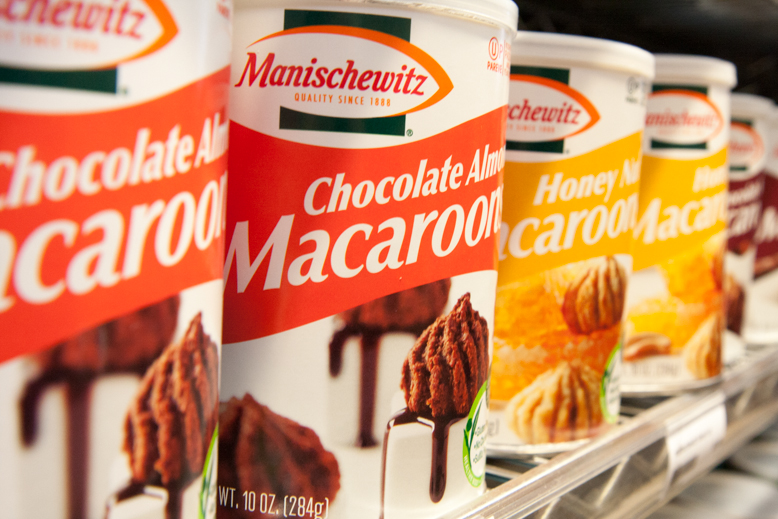 If you’re a leavened-bread hater, or you’re just hankering for some Passover treats, try Chef Rose’s food at the Jewish Community Centre on Shelbourne, check out Aubergine Specialty Foods (www.auberginefoods.ca) in Fernwood, or wait for the Passover Shop that pops up at Congregation Emanu-El later this month.

July|August issue on the stands. Read ...
Read More
More vegan options are coming to our fair city!  Frickin Delights Donuts is a vegan donut shop opening at 632 Yates St in March. They will ...
Read More