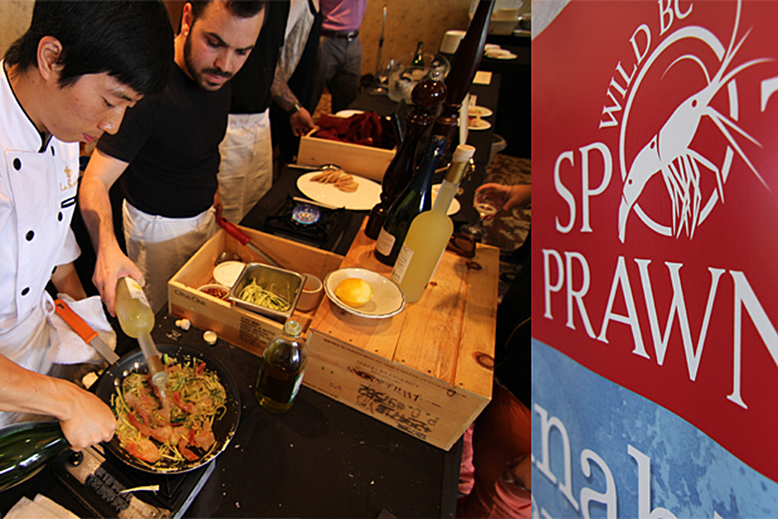 When you think of the Okanagan Valley, seafood isn’t the first thing that comes to mind. You probably wouldn’t guess it has been the home of a successful festival centered on an ocean delicacy for the past 3 years.

Each May, Kelowna plays host to the annual Okanagan Spot Prawn Festival. Having grown in size and popularity since its inception, the yearly event culminates in an “Extravaganza” of crustaceous proportions. 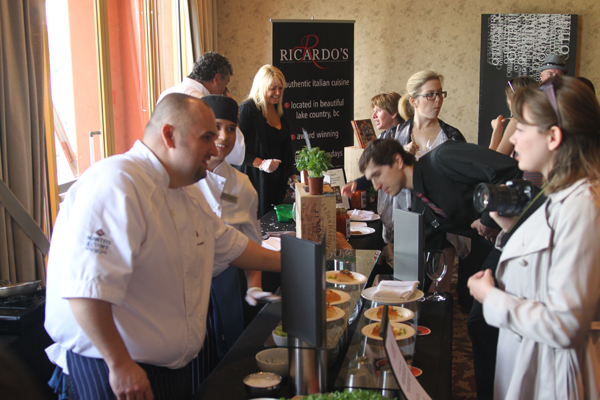 The prawns used for the dishes were caught off the BC Coast between Vancouver and the Queen Charlotte Islands, where they are most abundant. Typically a 6-8 week season, wild spot prawns can be harvested as far south as California and as far north as Alaska.

Part of what makes BC’s spot prawn catch so popular is that it is a sustainable harvest; using traps instead of snares and only collecting the female prawns after they have ‘dropped their eggs’ and are at the end of their life cycle. This begins in May of each year and only lasts a few weeks, creating a window in which the sustainable harvest can occur – hence the term ‘Spot Prawn Season’.

In the Okanagan, the annual season is celebrated with a variety of events and typically local restaurants will use the fresh catch in featured menu items. At the forefront of the Valley’s annual festival is Kelowna fishmonger and owner of Codfathers Seafood Market, Jon Crofts. He is one of the driving forces behind the Okanagan’s annual celebration of the spot prawn; out on the boats each year for the first catch of the season, ready to bring it back to the Valley.

“Really we’re not that far from the coast and the food culture in the Okanagan is to use stuff that is sustainable, in season, is as local as you can possibly get it and then put an Okanagan spin on it.”

In true Okanagan fashion, the Extravaganza tasked each restaurant with featuring the delicate prawn in a unique dish and then pairing it with an Okanagan Valley wine.

The surprising culinary possibilities were clearly a significant draw to the sold-out event. As an indication of the annual fest’s popularity, 200 lbs of spot prawns, roughly 2000 individual prawns, were brought in for the Manteo event alone.

And once the Extravaganza wrapped, not a prawn was left.

As the demand for BC spot prawns grows amongst Okanagan chefs and consumers, it proves making the four-hour drive down the Coquihalla to source this ocean delicacy is spot on.