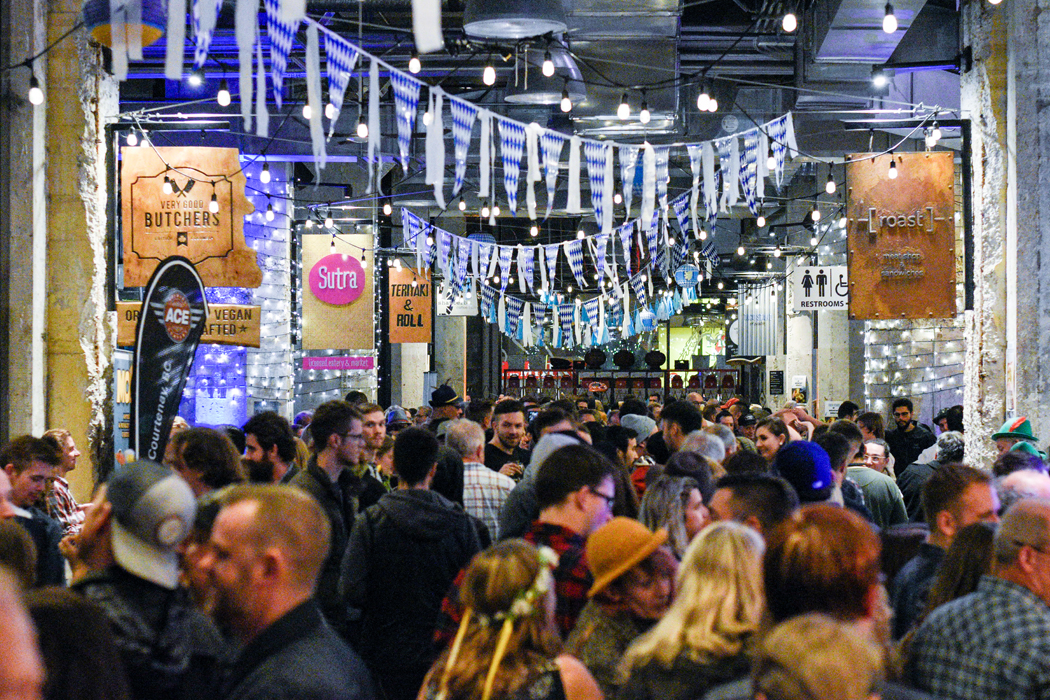 On Saturday, October 19, Victoria residents donned their lederhosen and dirndl to attend Stein and Dine: the fifth annual Oktoberfest in the Victoria Public Market. Hundreds of beer and bratwurst enthusiasts turned up to this sold-out event to drink, dance and party.

Maryanne Carmack, the owner of Roast Meat and Sandwich Shop, has been running the event since its inception. “We were one of the original tenants in the Victoria Public Market and from the first year we opened, we realized what an amazing event space it is,” she says. “We wanted to think of something different that Victoria didn’t already have, and we came up with an Oktoberfest celebration. The idea just blossomed from there.” 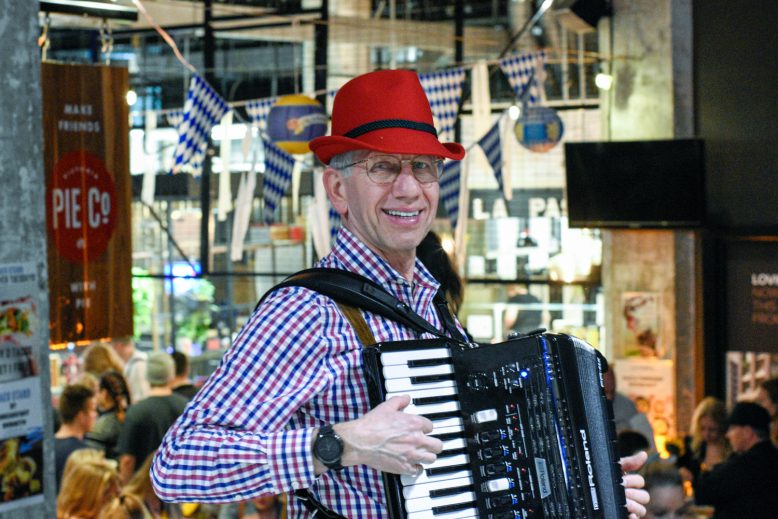 Trying to add new elements each year, Carmack says they included a live band this year (The Tonemeisters) while trying to focus on the craft breweries on the island and mainland. This year they had beer options from Moon Underwater Brewery, Hoyne Brewing Co., Phillips Brewing &amp; Malting Co., Yellow Dog Brewing, Ace Brewing Company, and Spinnakers Gastro Brewpub. They also offered options from Merridale Cidery and Distillery and craft cocktails by Sean Boysen.

Roast provided all the snack options for the evening, including bratwurst and sauerkraut with curry ketchup, melted raclette cheese on steamed potatoes, käse spätzle with crispy friend onions — a German version of mac n’ cheese — schnitzel on a stick with preserved lemon aioli, and pretzels with grainy sweet mustard. “It’s traditional German-style food,” says Carmack. “Of course, you can’t have Oktoberfest without bratwurst and sauerkraut, but we wanted to have the traditional staples.”

In addition to the band, the entertainment included a live accordion player, Oktoberfest dancers, lederhosen contest, stein holding contest, beard and braid contest, and beer pong. “We use the feedback from our staff and our attendees, so each year, it’s got more and more festive,” says Carmack. “More people are showing up dressed in their lederhosen. We didn’t see a lot of that in the first few years, but it’s become part of the culture and the celebration now. It’s such a festive and fun way to celebrate craft beer and our city.”

Photographs below courtesy of Matt Schmitz 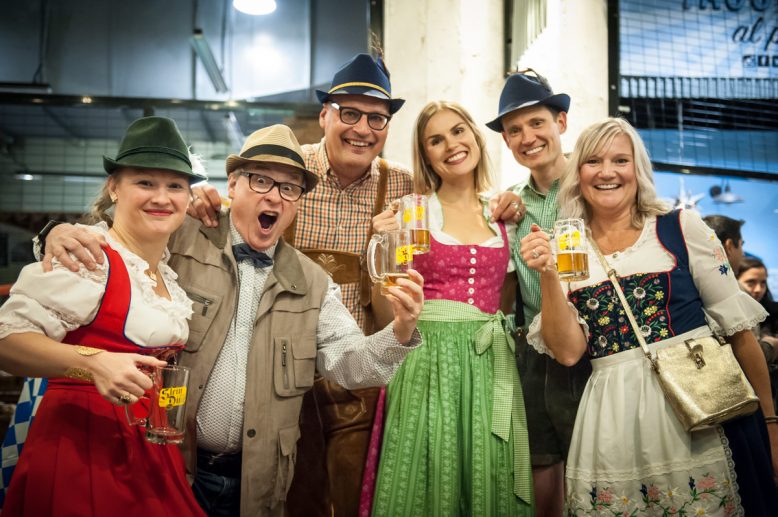 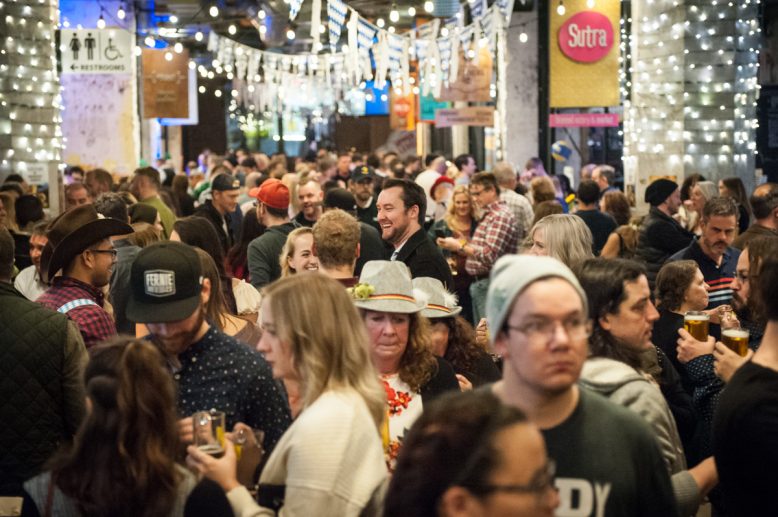 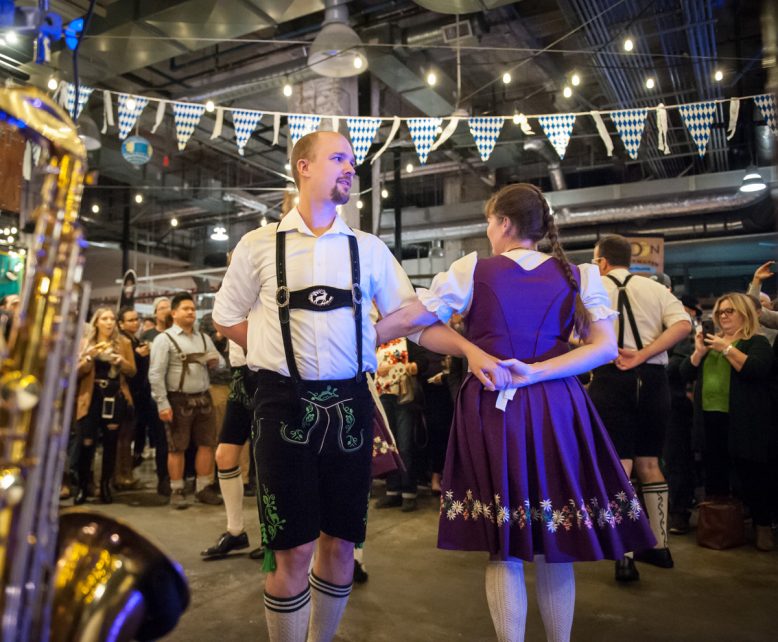 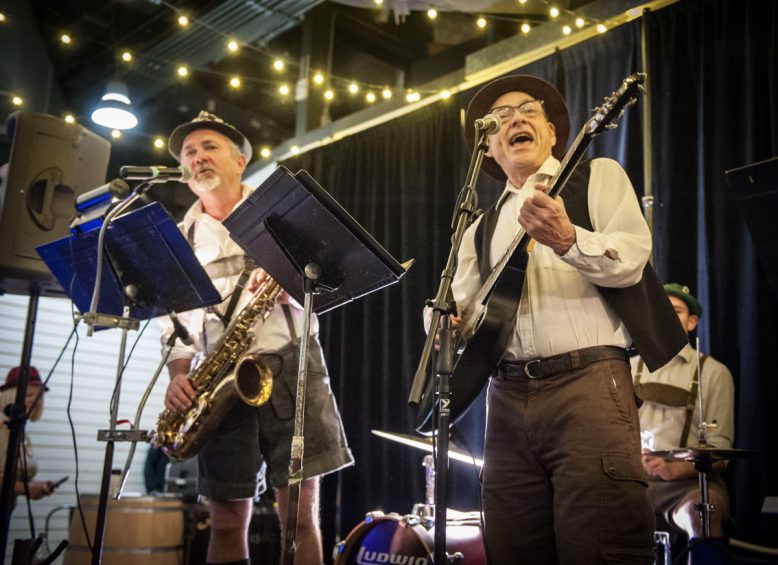 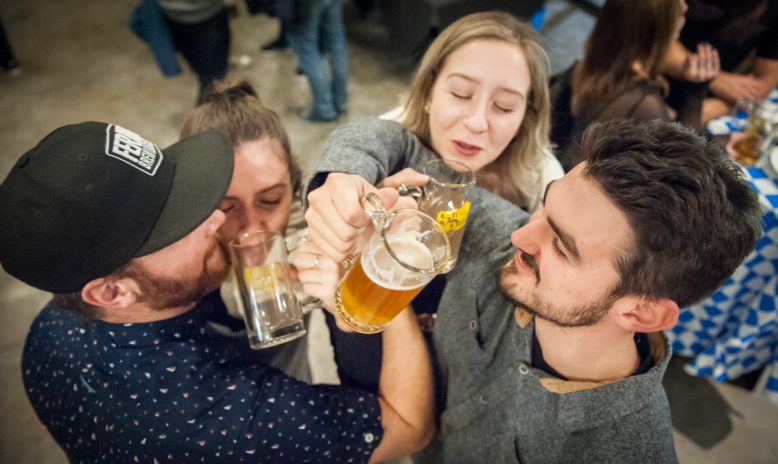 The article on L’Apéro in the May|June issue should have stated Chef Andrea Maiolo staged at The Courtney Room and Zambri’s and that he held the ...
Read More
May|June issue on the stands. Read ...
Read More
GOLD MEDAL PLATES B.C’s COMPETING CHEFS FOR 2016! Victoria – 2016 is an Olympic year and B.C.’s Gold Medal Plates will be celebrating ...
Read More