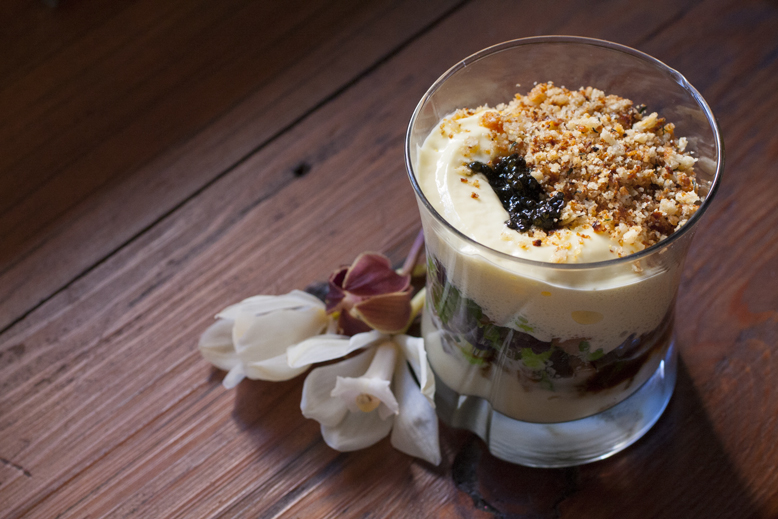 It’s not often that you have a two-year-old careening through the kitchen at a photo shoot.

“Now, that’s dangerous, honey…” Stephan Drolet’s daughter, Charli, circled his legs as he scooped the duck egg into the simmering pot. Stephan and I were in the kitchen at Camille’s, his restaurant in Bastion Square, discussing the creative process behind his latest dish: the 64º Duck Egg. His wife and co-proprietor Jamie Willams’ eight-year-old son Carson was also contributing to the peanut gallery, having thoroughly impressed upon me the size and breadth of his marble collection. 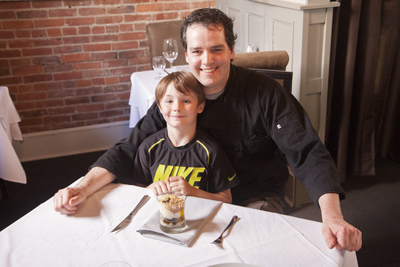 Stephan Drolet and his son Carson.

At the beginning of May, Stephan and the staff at Camille’s put on an event for the restaurant’s previous owners, David Mincey & Paige Robinson, celebrating their 25 years in the industry. Stephan was working on a starter course that would be rich and luxurious without eclipsing the flavours of the dishes to come. The starting point was a local duck egg, cooked sous vide to exactly 64 degrees.

“Depending on the temperature that you select, you can get a really creamy yolk with an egg white that is just set. You can go one degree one way and you’ll get a crumbly yolk, or one degree less and you’ll have a yolk that doesn’t quite congeal.” The practice of sous vide (French for “under vacuum”) involves sealing food in airtight plastic and cooking it in a circulating water bath. Popularized in North America by chefs like Thomas Keller, the method allows for precise temperature control and the preservation of moisture and succulence. “I’ve settled on 64 degrees because I like the creaminess of the yolk, and for most applications I find that builds a sauce in a dish.” 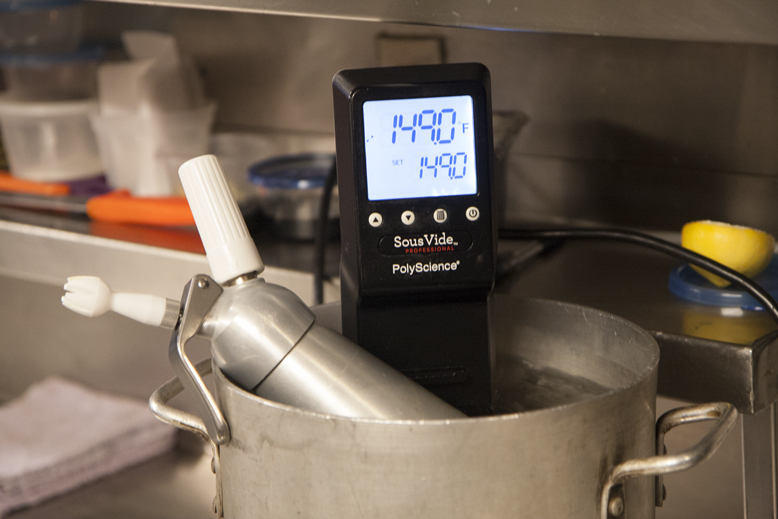 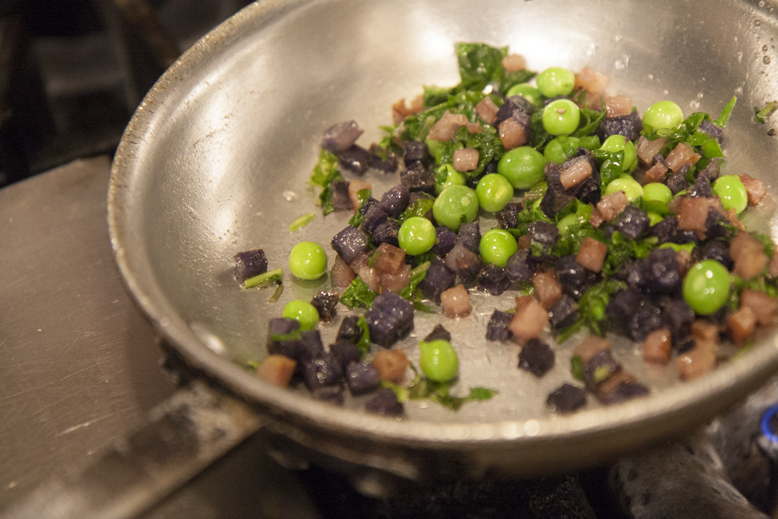 The 64º egg has been a particularly interesting ingredient for Stephan. Because the sous vide technique doesn’t cook and denature the yolk, after a few days any unused eggs can be separated and their yolks made into a hollandaise. In this way, the dish perpetuates itself, a concept Stephan found inspiring. But this isn’t a conventional hollandaise, oh no. Once the reduction is made and the ingredients are whipped together cold, they’re put into a ziptop bag and cooked again sous vide at 167.5º. After a half an hour, the hollandaise is poured into an ISI whipped cream dispenser. “It goes a long way because it’s aerated, so you sharpen up the flavors with, say, a bit more lemon juice, some spices and such, some seasoning and then you’re good to go. It’s lighter and frothier, but it still has that hollandaise punch.” 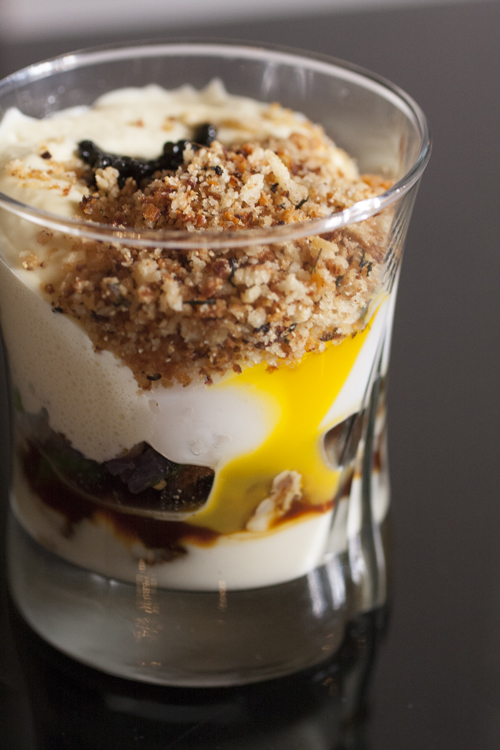 Stephan’s accompaniments for the duck egg include some more conventional preparations, like braised short rib (“everyone has short rib for breakfast, right?”) and a potato leek vichyssoise. “You start with a couple components, and, because it’s a first course, I wanted to keep it light and you know short rib and light don’t always go together. Plus the richness of a duck egg … So you start adding the other components to balance it out and lighten it up.” A blue and ruby pink potato hash featuring peas and kale round out the breakfast concept, while lemon juice adds sharpness. The top is garnished with English muffin crumbs to add some texture. But there is one final ingredient.

“What is that black infected toe sauce?” asked Carson. Out of the mouths of babes oft times come gems. “Those are the eggs of a sturgeon!” I said. “We’re putting eggs on eggs!” said Stephen. The dish is topped with caviar from Northern Devine, a sustainable fishery that farms their own sturgeon. The brininess of the roe helps cut through the richness, adding a final touch.

Well, now you’ve read about it, so you want one, right? Savvy readers might notice that this dish is absent from Camille’s online menu. “We had it on the Mothers Day brunch menu and I think I like it enough to bring it back for the Fathers Day brunch. We’ll probably use a little trout roe as opposed to the caviar, but it’ll still have that briny element to it. We might include a little waffle in there as well.” Better book those reservations soon.

With Phase 2 beginning, restaurants and patios, tasting rooms and coffee shops are reopening. This is an ongoing process, with many changes, so we ...
Read More
Autumn has officially arrived and so has apple season! One of the most cultivated fruits; the apples bears a bountiful harvest. A diverse fruit in ...
Read More