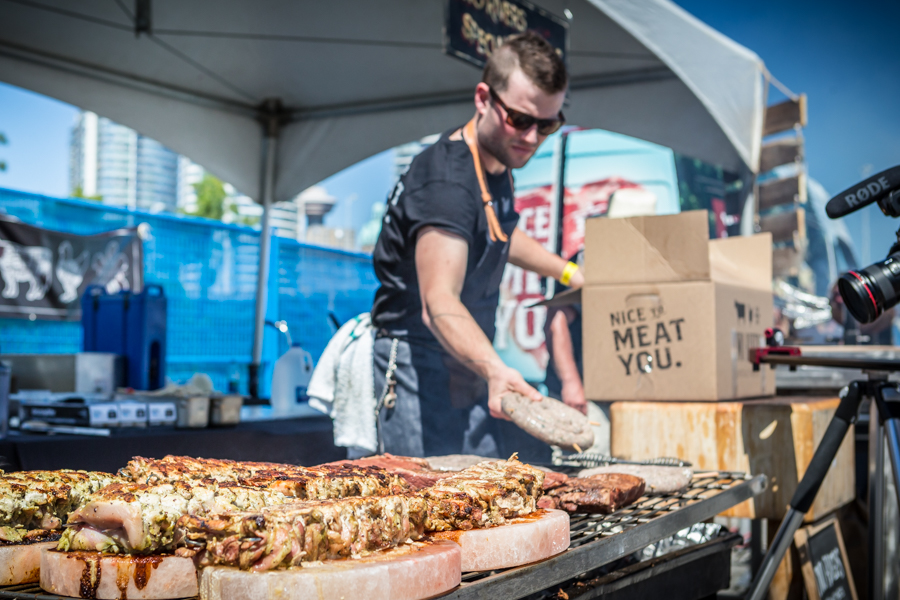 Brewery and the Beast is a magical event for meat-lovers. Meant as a bit of a de facto industry showcase for Two Rivers Meat, Phillips Brewing Company, and all the restaurants featuring them, the grilled meat and bottomless cold beer means ticket holders can stuff themselves to their heart’s content. It’s also a lesson in endurance.

When I first went to Brewery and the Beast last year, I expected the three-hour timeframe to be too short. How much meat and beer can you get for $89, after all? The answer is “too much.” After the first 45 minutes, I found myself meat-sweating under the hot July sun, trying to hydrate with water that just would not fit into a stuffed stomach. This year, I intended to go at it differently. I would follow three rules to stay happy throughout the full three hours.

The first two rules are self-explanatory.  The third? Well, let’s just say I don’t have much respect chicken as a skilled grilled meat. Pork and beef take time. They take love. In return, they get respect. Chicken? C’mon. With limited real estate available inside my digestive system, I wasn’t wasting any space on poultry. Thankfully, only a few of the presenters chose chicken, instead focusing heavily on pork and beef, with special attention thrown towards more rare offerings like bison, yak, elk and wild boar. 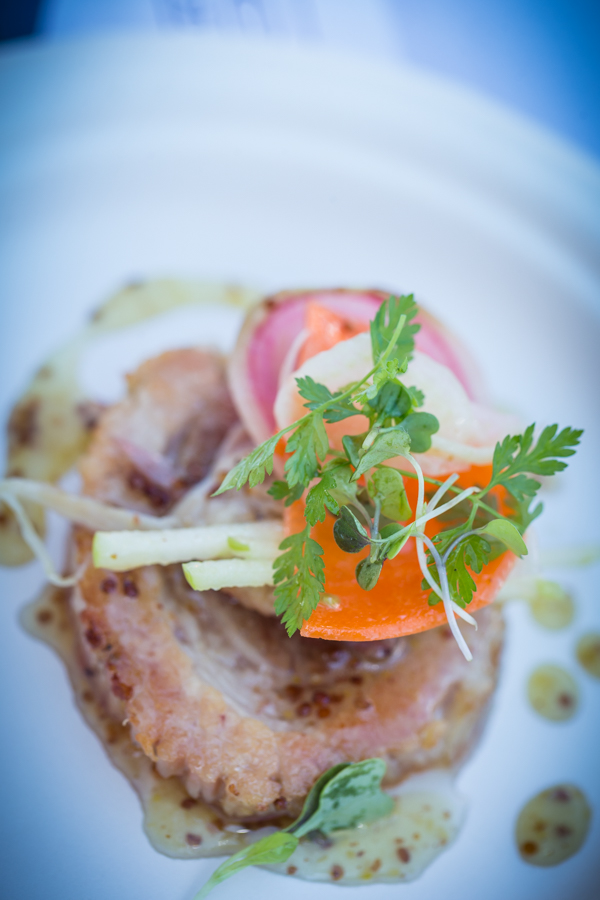 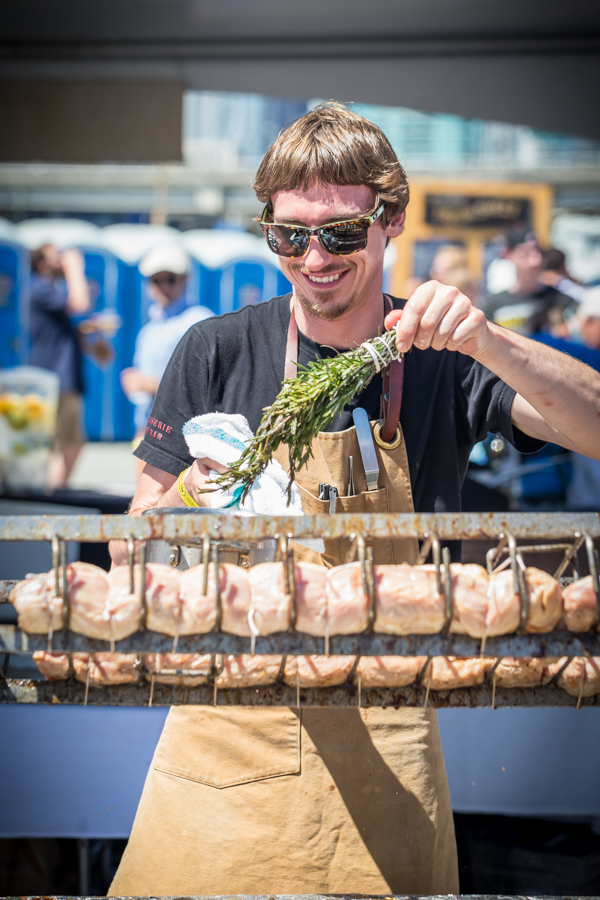 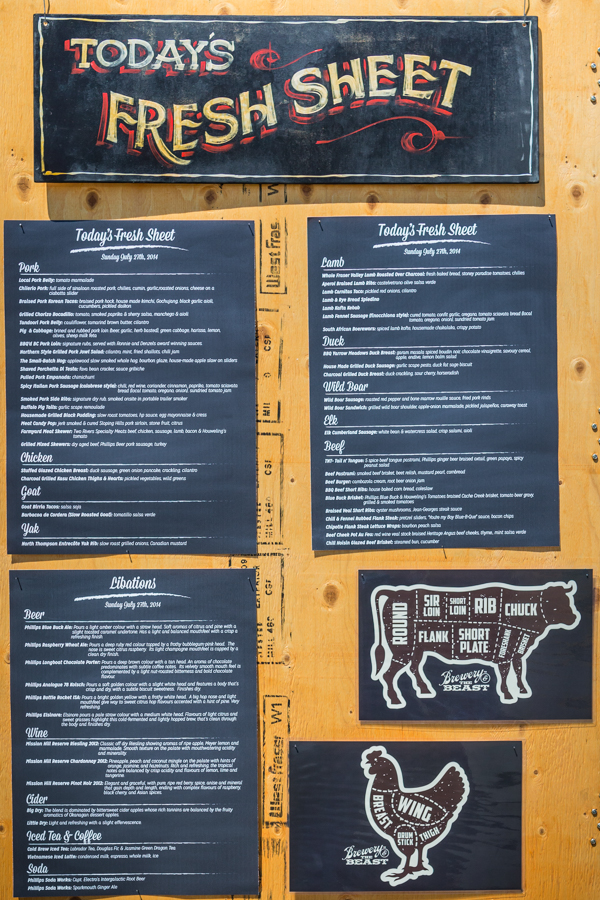 The crowd of hungry meat-lovers descended on Concord Pacific Place under the cover of grill smoke. The vibe at B&TB is a festive one. Lots of smiles and even costumes make an appearance. The Electric Timber Company and Friends kept the spirits high with country, rock, and blues inspired tunes.

Here were some of the highlights:

Two Rivers somehow managed to outshine most others at their own event, and some happy meat-eaters could be seen sporting giant rib souvenirs of meat around the event.

Darby’s offered a lamb and pork taco with pickled red onions that was unbelievable.

I can’t remember who did it, but there was unique beef cheek pot au feu, described as “Heritage Angus Beef Cheeks braised in a red wine veal stock with thyme. Topped with a mint Salsa Verde” It was legit. 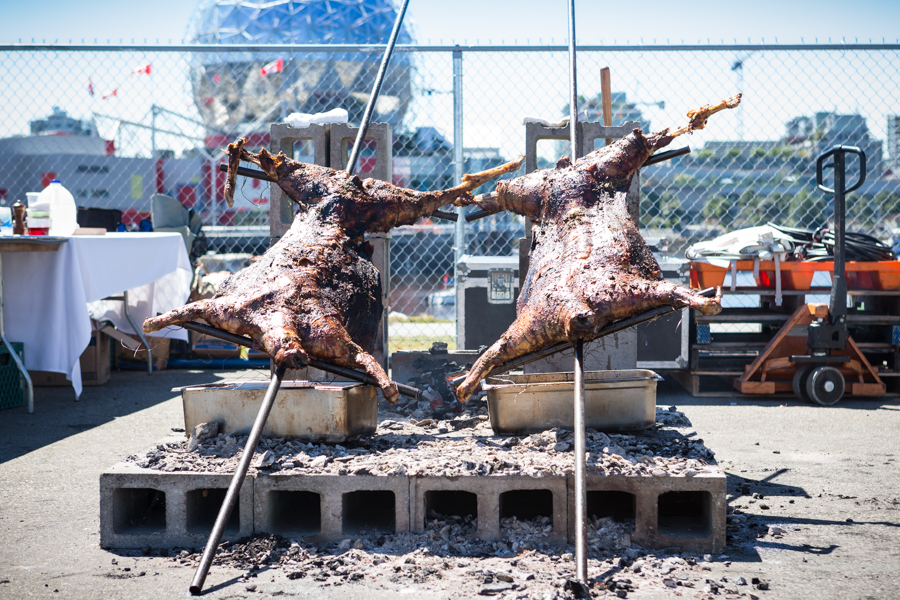 The Beer. Phillips is consistently B.C.’s most exciting brewery, and having bottomless beer to wash down the meat is a brew-lover’s dream. What was most surprising was the fact they were pouring the Longboat Chocolate Porter in such heat, and that many drinkers were still quashing it. Thank you again, Phillips, for the incredible beer.

In the end, I was unable to follow any of my rules. I did not pace myself, instead choosing to munch my way through every rib, loin, and rare off-cut that I could find. Once I found pork ribs with a cherry glaze I lingered for far too long and put the hurt on myself. I then continued to drink too much beer and left no space for water. And somehow, somewhere, one of the dastardly chefs managed to trick me into eating chicken. It was delicious.

If you missed Brewery and the Beast Vancouver don’t be foolish…make sure to go to the Victoria event, September 21st in Phillips’ own backyard. Perhaps it will be less scorching. One thing is for sure, it will be just as tasty.

Mike Berard is a writer, photographer and editor of Coast Mountain Culture Magazine, as well as a writer for Red Bull and Nowhere magazine.

July|August issue on the stands. Read ...
Read More
Honey Orange Ice Cream By Nathan Fong I love fresh homemade ice cream because I can make it using fresh local milk and cream and sweeten it with ...
Read More