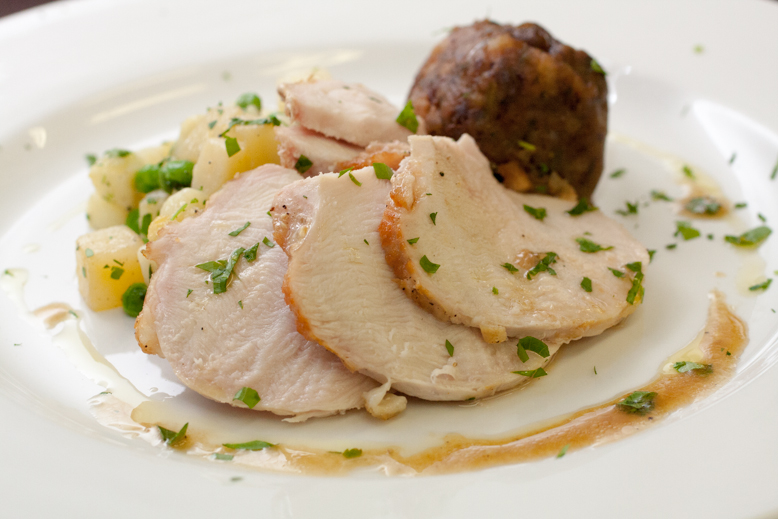 Seeing tourists is always a wonderful reminder of just how lucky I am to live on the island. The funny thing is, I always seem to forget that all the exciting things created for out-of-towners are just as available to me as a local. And it’s even more exciting when considering that some of the world’s best resorts are here, year-round, offering incredible solace and value in the off-season.

Earlier this month, EAT was invited up-island for a special dinner event at the Gowlland Harbour Resort. This was formerly a corporate retreat since converted and opened to the public, and their dining room — helmed by Executive Chef Mariana Gabilondo — boasts a recommendation from National Geographic’s Canadian travel guide. Located on Quadra Island about three hours up the coast from Victoria, it feels almost like a ski lodge on the edge of a secluded bay.

Against this backdrop, Chef Mariana and her collaborator winemaker Jill Ogasawara of Southend Farm & Vineyards hosted a sold-out crowd for their second annual At The Table dinner. This year’s theme paired each course and accompanying tipple with a famous fiction writer, which added a nice continuity to the showcase of local ingredients and beverages. 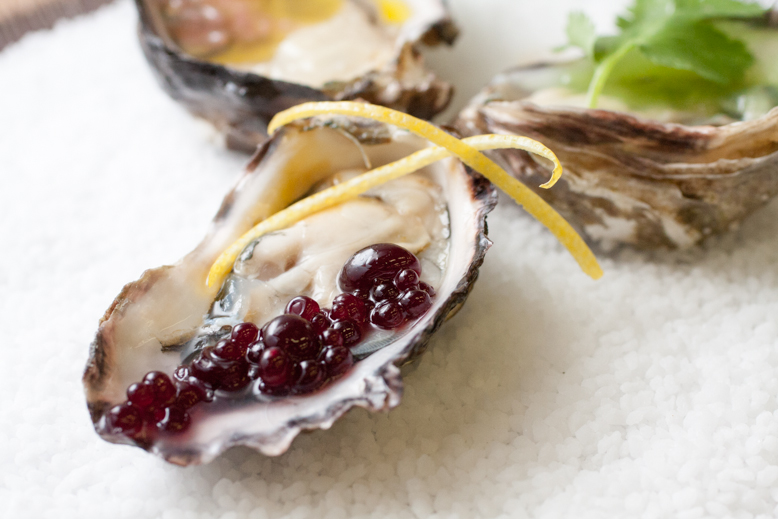 In the spirit of the libidinous dinner scene from Henry Fielding’s book Tom Jones, we began with a purported aphrodisiac: three local oyster varieties, the beach gem, black pearl, and marina top drawer. Served on a bed of rock salt, they each came with uniquely flavoured herb oil pearls: lime and rosemary, port and clove, and wine vinegar and echalotte.

Both the wine vinegar and lime stood out to me as strong contrasts to the fleshy and oceanic tones of the oysters themselves; as a neophyte when it comes to this shellfish, I quite liked this course. “What you’d normally think with oysters is bubbly,” said Jill, “but we went with a rosé just because it’s a little bit different.” The 2011 from 40 Knots paired nicely thanks to its strawberry notes and slight off-dryness. 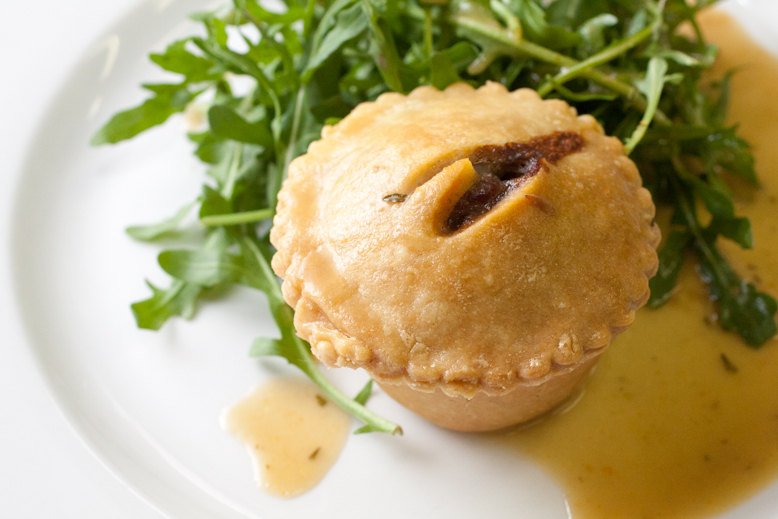 Next up was a black and white soup, made with a dark, smoked pear cream, a soft white pear cream and garnished with snail out of the shell. This soup was a three-part literary reference to the writing of Italo Calvino, who often explored the duality of man throughout his works and in two scenes in particular.

In one, the evil half of a character slices each pear on a tree into halves, and in another, the son of a baron swears to climb a tree and never come down if his father makes him eat snails. “The rest of the novel is how he lives unto death from tree to tree,” said Chef Mariana, and someone in the audience riposted, “so eat the snails.” The soup itself gave an almost cheese-like body to the pear and showcased how effective a tiny hint of truffle oil can be. Jill chose to pair this one with Longwood Brewery’s Stoutnik, a beer I’ve had previously; it was good having something familiar for context and added some sweetness the pears had lost through cooking.

The third course was Tolkien and featured a rabbit and mushroom pie, paired (as per the novels) with mead — specifically the Tugwell Creek 2013 Solstice Metheglin. After my recent mushroom foraging expedition, I was excited to hear that the pie included not just Portobello, but also local pine mushrooms. “I always go back to pine because it gives that lovely flavour,” said Chef Mariana, “and I felt it would also be reminiscent of all the lovely trips through the woods the characters go through in the books.” 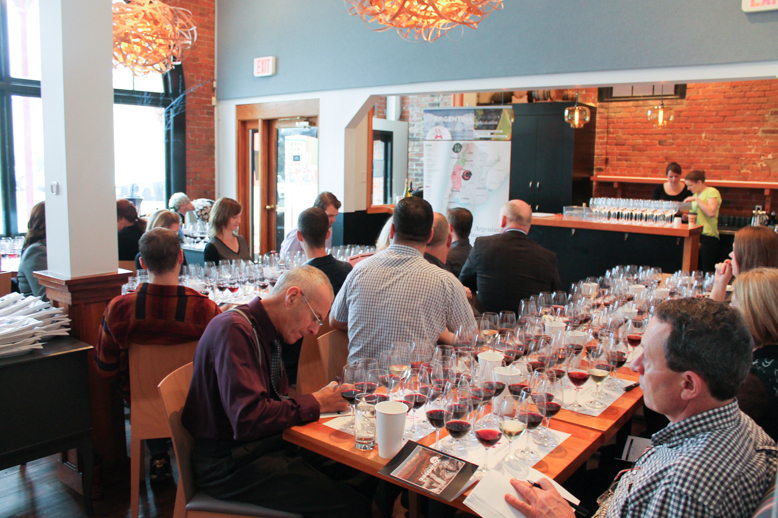 The pastry was firm, buttery, and flakey, and the filling offered gaminess with a hint of mince. This run of the mead had fermented slightly in the bottle, making it bubbly and intensifying its cinnamon and ginger flavours into a sort of herbal digestif. With the small tasting portion I didn’t mind the difference and found it a strong pairing.

We finished up with Charles Dickens: roasted turkey, alongside turnips, peas and a stuffing made from a rum pudding. “You can’t talk about literature in Europe and you can’t talk about Christmas and December in Europe without this particular dish,” said Chef Mariana. I really enjoyed this course’s wine pairing, a peppery and full 2012 Coyote Bowl Syrah from Church and State; it was nice having a slightly warmer drink that added spice to the turkey and the delicious parsnips, which were a surprising standout. 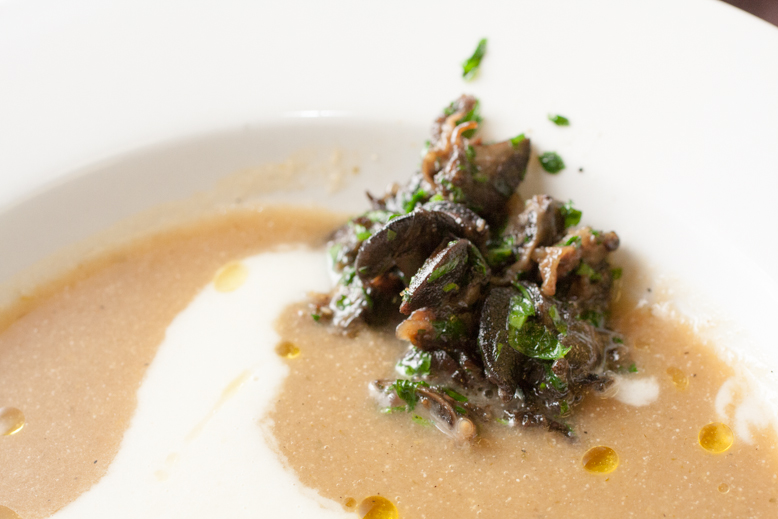 Throughout the dinner the two hosts were unfailingly polite and warm, and as a Victorian I picked up on a comforting sense of community in the room; a few attendees were even at ease enough to give honest feedback after Chef Mariana and Jill’s repeated invitations to do so. Many of the attendees were local to the island, and indeed the whole experience of the resort underscored how personal service can make a small resort like Gowlland Harbour stand out among the world’s biggest chains. I’d certainly look forward to visiting again.

Superflux Cabana has opened upstairs at 804 Broughton St (the former location of The Livet). Featuring lots of Superflux beer and a menu that ...
Read More
January|February issue is on the stands! Pick up a copy, or read the digital version. Read ...
Read More
“IPAs, pilsners, barley wines and blondes, yes yes, but have you tried a sour beer?” Victoria welcomed the Great Canadian Beer Festival ...
Read More