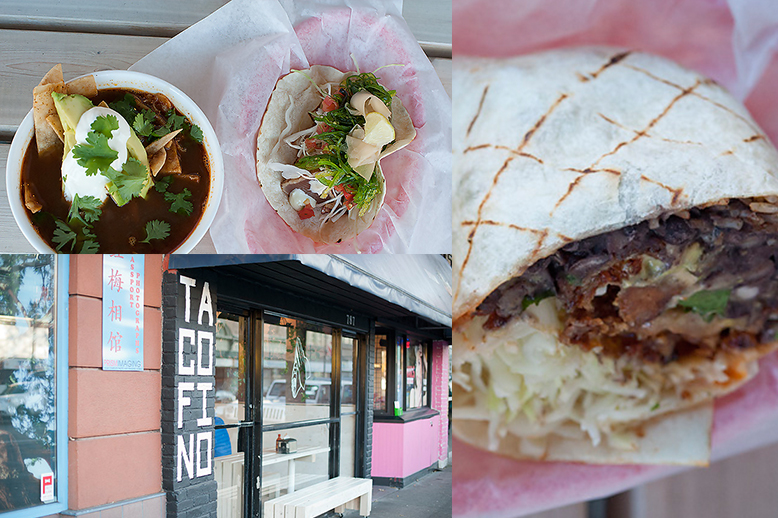 In what has felt like very little time at all, Fort Street has grown into one of Victoria’s hotspots. Just a few months ago, I reported on the parklet project prototyped by the Fabulous Fort initiative, a truly progressive and exciting idea for our downtown streets. The excellent Crust Bakery has been open for about a year now and, replete with an always quick-selling supply of “cronuts,” has quickly become a modern Victoria classic. Meanwhile, one of the best used book stores in the country—Russell Books—steams along, while Chorizo and Fishhook offer exceptional lunch options, and Choux Choux houses possibly the city’s finest butcher. It’s all excellent stuff and now another British Columbia culinary icon has just opened up shop on 787 Fort St.: Tacofino. 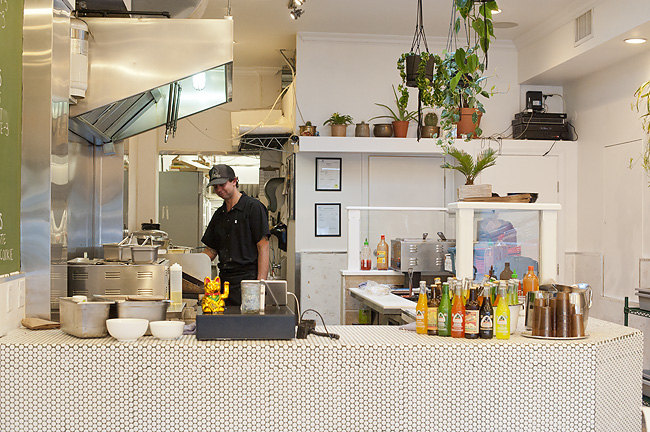 You’ve probably come across, or at least heard about, Tacofino in its food-truck form. For two summers and two winters, it was housed on Douglas and Pandora. The whole Tacofino history extends far beyond Victoria, however; the first truck opened up in Tofino five years ago, and the operation quickly spread to Vancouver, Kelowna and downtown Victoria. Tacofino’s new storefront location on Fort and Blanshard is the operation’s second storefront, with Tacofino Commissary opening on East Hastings Street in Vancouver to critical acclaim in 2013.

Given that menus between specific Tacofino truck locations and the Commissary vary, Tacofino part-owner Josh Carleson and the Fort Street crew have assembled a kind of “best of” selection of Tacofino offerings. If the menu’s selections of tacos, burritos and tortilla soup appear traditional, Carleson is quick to point out that authentic Mexican cuisine is not necessarily what Tacofino is all about: “We really welcome the influence of where we are, British Columbia. So there’s a lot of Asian cuisine that we incorporate into our food. Our tuna taco, for instance, has wasabi mayo, pickled ginger and wakame. Same with our beef—picked daikon, pickled carrot, sirrachi mayo—little things like that pop up a lot in our food.” 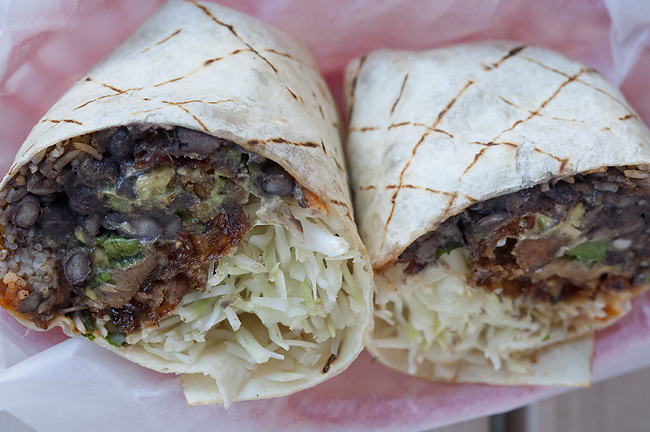 I popped in for a taco and chat on a rainy afternoon and, despite the dreary weather, the place was packed and brightly lit. While the space is on the small side, it’s riddled with elegant aesthetic details. The bright colour scheme, plants, skylights and tiled counters give a fresh, almost greenhouse-ish vibe.

I sampled the tuna taco ($6.50). This is a much larger taco than one would normally expect, making for a really great light lunch. My taco was, in short, top drawer. A beautifully grilled tortilla housed a generous slice of beautifully rare and just-a-bit-on-the-fatty-side tuna—the texture was perfect. The wakame salad added freshness and crunch without excess brininess, while the pickled ginger and wasabi mayo added a good degree of nuanced heat. I’m a bit of a spice fiend, so a little more in the wasabi department would have been welcome in my books, but that’s subjective. I recently sampled the fish burrito ($11), and it was everything a burrito should be: big, saucy, meaty and surprisingly complex. The taco list is pretty extensive, and some fascinating specials look to be in the works (brazed duck tacos have been known to happen, while an oil-poached octopus taco is currently in development), so I’m definitely looking forward to sampling the rest of the lineup. 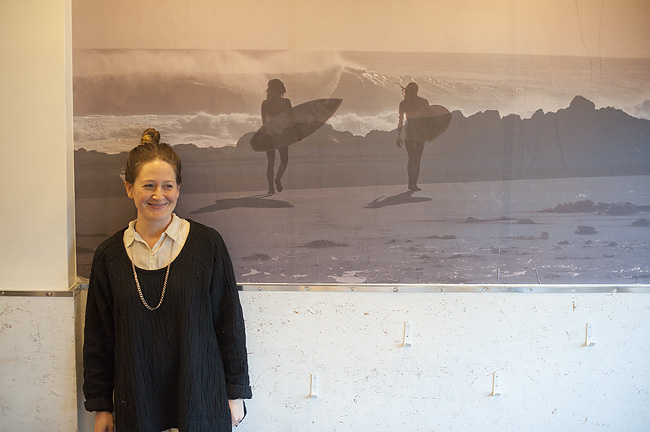 While Tacofino is not yet licensed, Carleson and his crew are working on it, so look for local beers, margaritas and tequila Caesars in the future.

This was my first visit to Tacofino, but I’d heard the hype—as a burrito lover, my friends were shocked that I hadn’t made it to the yyj truck. With so much hype, it’s rare that a place actually stacks up to the fanfare. True, I’ve yet to profoundly delve into the menu here but, so far, I truly believe the hype.

With Phase 2 beginning, restaurants and patios, tasting rooms and coffee shops are reopening. This is an ongoing process, with many changes, so we ...
Read More
Feijoada, Quebec-style, Franks and Beans, or just good old fashion British beans and toast – let’s face it, no matter what you call them ...
Read More