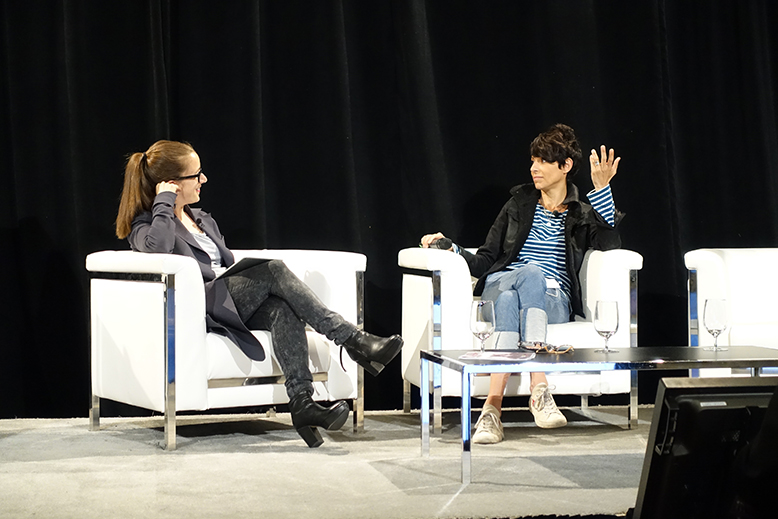 Terroir is a restaurant and hospitality symposium held each May in Toronto. Its purpose is to bring together chefs and food and wine professionals to discuss the issues facing their industry.

The symposium is like a bit like a TED Talks for food people. Speakers have fifteen minutes to tell their stories. Each year the talks centre on a specific theme; this year’s theme was Pioneering Change. Said Arlene Stein, the event’s organizer and founder, “We need to come together within our own communities and as a global community to push for food systems that can sustain each and every one of us—now and for generations to come.”

Terroir attracts speakers from not only Toronto and Canada, but also from around the world. Among the headliners this year were Sarah Weiner (San Francisco), whose talk was entitled I AM Not Mark Zuckerberg: Why the Food Movement Doesn’t Work Like a Start-Up, spoke about she got the respected and influential Good Food Awards off the ground. Another San Franciscan, chef Dominique Crenn of Atelier Crenn discussed her food philosophy and creative approach to cooking.

Other notable speakers included the entertaining Mark Schatzker, author of The Dorito Effect; Francis Lam, New York Times columnist; and the co-owners of Big Gay Ice Cream (New York). From Europe, photographer Anton Sucksdorff (Finland) talked about his approach to food photography and Will Beckett (England), co-owner of the Hawksmoor restaurant chain, told the story of how his restaurant came to be—it was a good lesson for budding restaurateurs.

Closer to home, Vancouver’s chef Ned Bell (Chefs For Oceans, YEW Seafood + Bar) and chef David Hawksworth (chef-owner Hawksworth) discussed their interpretations of how to Cook Up Change. Bell talked extensively about his initiative Chefs For Oceans and Hawksworth about the Hawksworth Young Chef Scholarship. It was good to see Terroir evolving into a more pan-Canadian event with more West Coast participation. 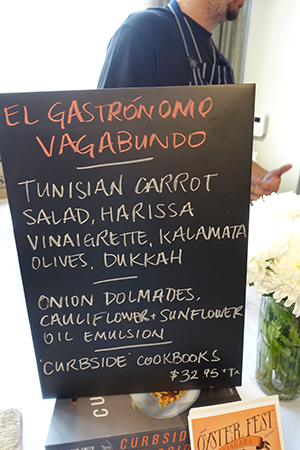 This year’s lunch, curated by Ivy Knight (SwallowDaily.com) and Fidel Gastro’s, brought together street-style dishes from, among others, Poi Dog Snack Shop (Philadelphia), Stagger Lee’s (Melbourne), Korilla (NYC), and El Gastronomo Vagabundo (Toronto). It was an amazing mash-up of culture and flavours.

Where to eat now

Of course, being in Toronto gave me the opportunity to catch up on what’s new on the city’s restaurant scene. Highlights included chef Rob Gentile’s Buca Yorkville for some of the freshest and most interesting seafood dishes I’ve had in years. A starter of deep-fried cod tongues with a spicy mayo, followed by raw Gaspésie mini scallops with the very best Calabrian olive oil (I licked the shell), and then on to a trio of seafood charcuterie that included a BC side stripe prawn mortadella that will quickly become the standard against which all others will be judged.

A visit to Bar Isabel’s new offspring, Bar Raval, is must-try for their extensive sherry list. I enjoyed a glass of La Gitana Manzanilla (salty, tangy, dry, rich) along with a plate of slender shishito peppers. 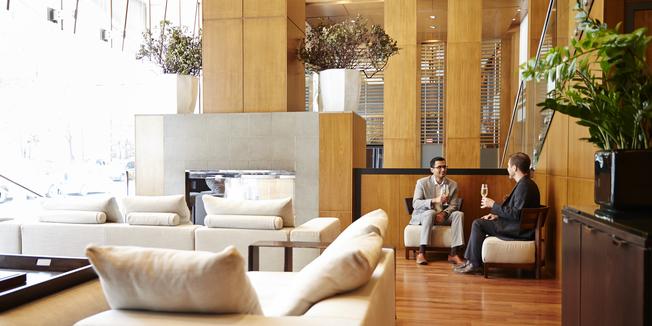 The Hotel Le Germain on Mercer Street (a few blocks below busy Queen West) is my go-to place to stay in Toronto. I love that the hotel group is a Quebec company. Somehow that translates to a certain sophistication and je ne sais quoi that typical Toronto hotels lack.

The location on a quiet side street is perfect for accessing the galleries, boutiques and restaurants along King and Queen Streets. A short walk will also take you to the bustling St Lawrence Market to take in the scene; pick-up an Ontario artisan cheese and a baguette and enjoy a picnic. You’re also close to the AGO (Art Gallery of Ontario) should you wish to view a few masters. “From the Forest to the Sea: Emily Carr in British Columbia” is on now and until August 9th.

The lobby library is both a spacious and cozy area—a perfect place meet someone for coffee or tea or to hang out reading a newspaper. Staff at the hotel are helpful and courteous. Need a reservation to a hard to get into restaurant? The concierge will do their best to snag a reservation for you.

If you decide to dine in, the Victor Restaurant & Bar does comfort food and does it well. This is a recent menu change and the idea is to create a social place like a great American tavern or a French bistro. Plates like Brick Chicken with potato salad and bbq sauce, Berkshire Bone-in Pork Chop and the Big Vic Burger with double smoked bacon, aged cheddar, and Russian dressing will hit the spot. Chef Lanny McLeod sources his ingredients locally and often includes organic and sustainable products.

Rooms are well fitted out and spacious. The beds are king-size, the sheets 100% Egyptian cotton, the duvet goose down and the pillows are feather. I stayed in one of the Classic Suites— a good size bedroom, a living area with a sitting area, two plasma TVs, in-room safe, Bose stereo, work station, free Wi-Fi, and a mini bar. The bathroom, set behind a glass partition, has a huge, rainfall shower, a separate tub, bamboo and cotton towels, and cotton bathrobes. Coming back to this luxurious room after a busy day was wonderful. 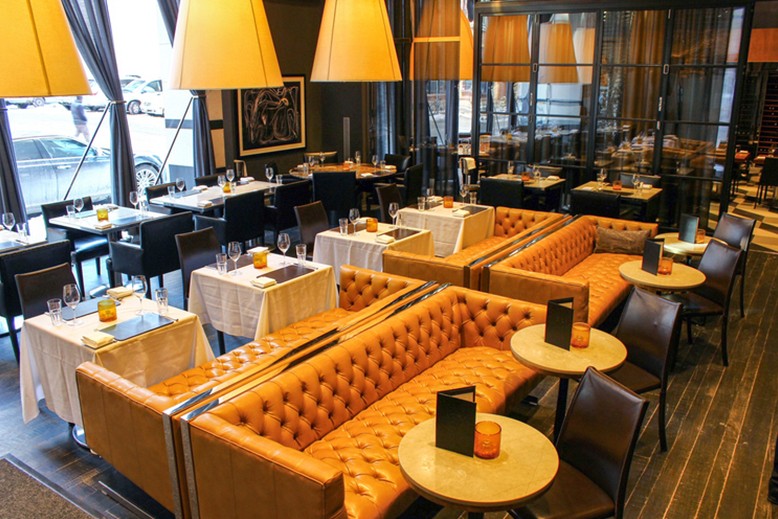 The struggle between quality and cost is at the core of every restaurant. How expensive it is to buy high quality ingredients and to lavish time, ...
Read More