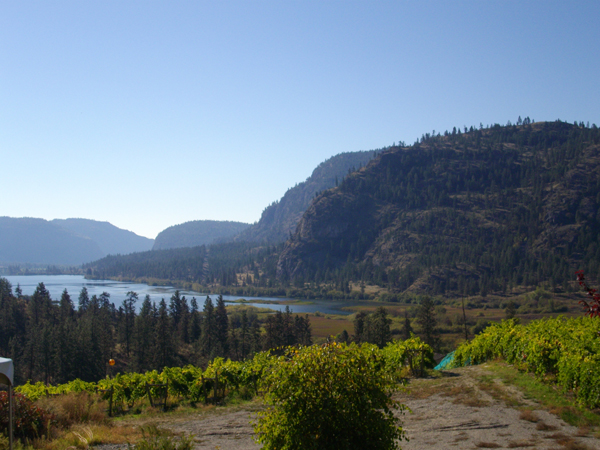 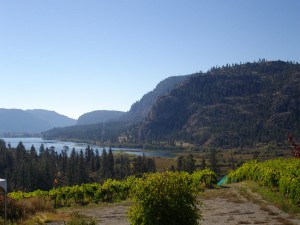 October 11, 2011. (Kelowna, BC) Despite being one of the coolest summers on record, the 2011 BC grape harvest has begun and promises to be another excellent vintage for the Wines of British Columbia.

In the Okanagan, the first grapes were picked by Jackson-Triggs Okanagan Estate on September 15, the same date the 2010 BC harvest began.  At the beginning of their harvest, Jackson-Triggs viticulture expert Frank Hellwig stated that “despite a cooler and wetter year, like 2010, the last three weeks of warm weather have really helped to advance veraison and kick start ripening.”

Similar to last year, 2011 has been an uncertain year for many vintners. Valeria Tait, viticulturalist for Poplar Grove Winery in Naramata noted “I wasn’t confident we would fully ripen all blocks until this past week.” In spite of the tumultuous start, the hot, dry weather at the end of August through September accelerated growth and vintners are very happy with the overall grape quality, “flavour development has been late to start but the change in the fruit has been remarkably fast. Literally changing daily. We are happy with the developing flavours,” said Tait.

Tinhorn Creek Vineyards began harvest on September 28. President and winemaker Sandra Oldfield estimates they are 25% completed as all of the Chardonnay has been harvested as well as most of the Pinot Gris and Gewürztraminer. Quails’ Gate Estate Winery in West Kelowna began on October 3 and are 4% completed having brought in Sauvignon Blanc and Maréchal Foch, and now onto Pinot Noir. Further north, Gray Monk Estate Winery in Lake Country began their harvest on October 4 bringing in early-ripening Siegerrebe and continuing with Pinot Blanc, Chardonnay and Riesling. Steven Heiss of Gray Monk notes “our volume looks like it will be back to normal levels and the quality looks really good, so we are very happy.”

Several Okanagan wineries, including Poplar Grove Winery and Tantalus Vineyards in Kelowna are yet to start harvest 2011, but expect to begin just after Thanksgiving.

On Vancouver Island, Rocky Creek Winery began their harvest on September 28 with Ortega, one day ahead of last year. Owner and winemaker Mark Holford noted that he hopes to leave his Pinot Gris and Pinot Noir hanging for three to four more weeks, weather permitting. Overall flavours are developing well and you can expect “some really full-flavoured, moderate alcohol wines” from the Island.

In the Similkameen Valley, most wineries will not begin their harvest until after Thanksgiving. George Hanson, proprietor of Seven Stones Winery will begin on October 11 with Chardonnay, followed by Pinot Noir, and allow for a few more weeks of hang time for the richer reds.  It is a similar story at nearby Herder Winery & Vineyards, as Lawrence Herder notes that they plan to harvest around October 12, also starting with Chardonnay. Although heavier reds are at least a few weeks away, Herder states that they have very good flavour profiles and are achieving phenolic ripeness.

Located outside of BC’s designated viticultural areas, Fort Berens Estate Winery in Lillooet started their first estate harvest on September 28, three days earlier than their 2010 harvest on Black Sage Road in Oliver. Thus far their Chardonnay and Pinot Noir for Rosé have been harvested with proprietor Rolf de Bruin noting that he is particularly excited about the flavours for this year’s Rosé.

Although Mother Nature has once again created several challenges this year, vintners across the province agree that 2011 is going to be another great year for quality. Some of the standout varietals look to be Pinot Gris, Gewürztraminer, Pinot Noir and Syrah.

Air Canada’s Enroute Magazine has put out it’s list of restaurants that are in the running for Top 10 Canada’s Best New ...
Read More