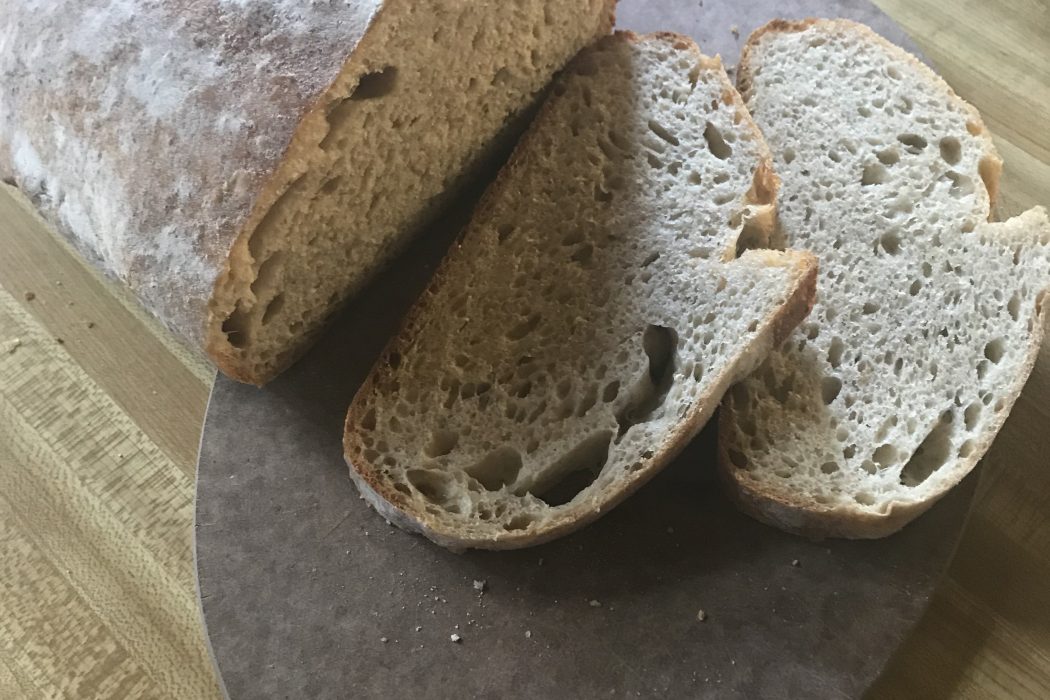 As the world shifts and changes below our feet right now, EAT thought it might be a good time to check in with our family of contributors, supporters, and friends to see how they are dealing with daily life in this new reality. This is a temporary stage in the world timeline, we realize, but one few of us will forget. Read on for the sixth story in our series.

As one of the co-founders and part of the team that puts on Victoria Beer Week every year, it was disheartening to see the pandemic approaching as we ramped up our nine days of events in early March. We made it through the first seven days without being forced to cancel any events, but ticket sales were definitely lower than expected. Then on Thursday, March 12, Dr. Bonnie Henry announced that any events with more than 250 people had to be cancelled, which pulled the plug on our final two nights, including an exciting new event, Lager Than Life, featuring a diverse menu of lagers along with delicious bites from the vendors at the Victoria Public Market.

Following Victoria Beer Week, I was expecting to shift to planning for the Great Canadian Beer Festival, scheduled for September 11 & 12. We quickly realized that the “new normal” might not allow for an event with 4,000 people crowding Royal Athletic Park, so we put all of our planning on hold — where it remains today. Who knows if the GCBF will take place this year? Germany just cancelled Oktoberfest in Munich …

Several other events I was involved in have also been cancelled, from my monthly beer tasting series at Vessel Liquor to Penticton’s 25th Anniversary Okanagan Fest of Ale to emcee-ing the Canadian Brewing Awards in Victoria at the end of May. It sounds like the awards will take place in September in a hybrid online/in-person format, but the event will be based in Toronto. I’m still hoping to act as emcee. Stay tuned. 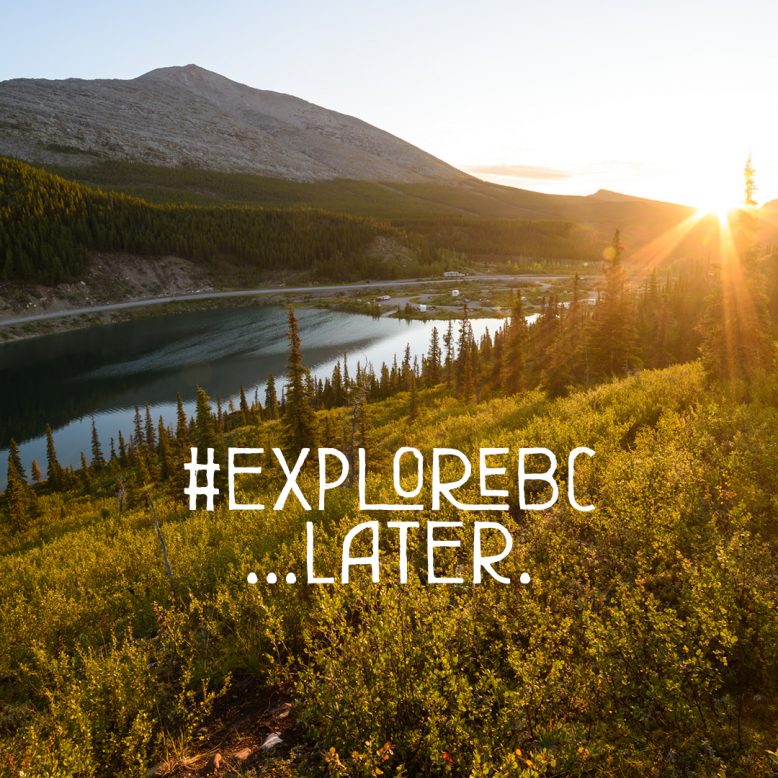 My other main focus is the BC Ale Trail, which I helped start several years ago. I now act as Content Manager, writing copy, maintaining the brewery pages, managing the blog and podcast, and strategizing with the rest of our team on how best to market BC craft beer to tourists. Well, with tourism essentially frozen, that project was in jeopardy, too. Destination BC, which funds a significant portion of our annual budget, gave us direction to continue operating with the “ExploreBC… Later” strategy front and centre. So my work there continues, though definitely at a reduced level.

In the first week or two of the “great pause”, one of my main concerns was for all the smaller craft breweries that were designed with a tasting room focus. In essence, their business model is based on selling beer by the glass to people sitting in their breweries, but suddenly they weren’t allowed to do that anymore. So it was exciting to see most of them nimbly shift to delivery models. While it was something they had always been allowed to do, few breweries offered delivery because it requires the buyer to be at home to receive the beer so that ID can be checked. Today, most BC breweries are delivering. Still, many have had to lay off tasting room staff, and most are just barely getting by, but my fingers are crossed that the majority will come out of this financially viable still. Needless to say, I encourage everyone to choose to Buy BC and support your local breweries, if at all possible. Private and government liquor stores remain open, but please don’t stock up on flats of Lucky or Bud; you’re just sending your scarce money out of the province to a multinational corporation that probably doesn’t even brew the beer in BC… Anyway, I’m sure I’m preaching to the choir here.

As someone who has worked from home for a long time, the new normal hasn’t been that big of a shift for me personally, although I definitely miss my barber and browsing at Russell Books. Oh, and going to movie theatres and bakeries downtown, and dropping by Quazar’s Arcade with my son. Speaking of him, he was already taking classes online, so the whole enforced homeschooling thing also hasn’t been a significant change for us, but what he really misses is hanging out with his friends. Sure, he gets extra screentime and sometimes can play online with his buddies, but it just isn’t the same. The first thing he wants to do after the physical distancing restrictions are lifted is a sleepover. That and go to the library. How many times can he re-read the same books?? Thank God for the trampoline we bought back in February before this all hit!

The slowdown in my work has given me more time to get out on my bike —I’m proud to brag that I’ve covered more than 300km so far in April alone, including a big ride up to Swartz Bay and back. My son and I had been planning to participate in the TC10K, scheduled for April 26. Neither of us is an avid runner, but we jog-walked it last year and enjoyed the experience. So I asked him if he would run 10K with me again this April, and he agreed. We did a couple of warm-up 5K runs, and when the TC10K was cancelled, he suggested we do our own full 10K on April 25! (Part of his motivation, I’ll admit, was some extra screentime I promised him, but still, he did it.) 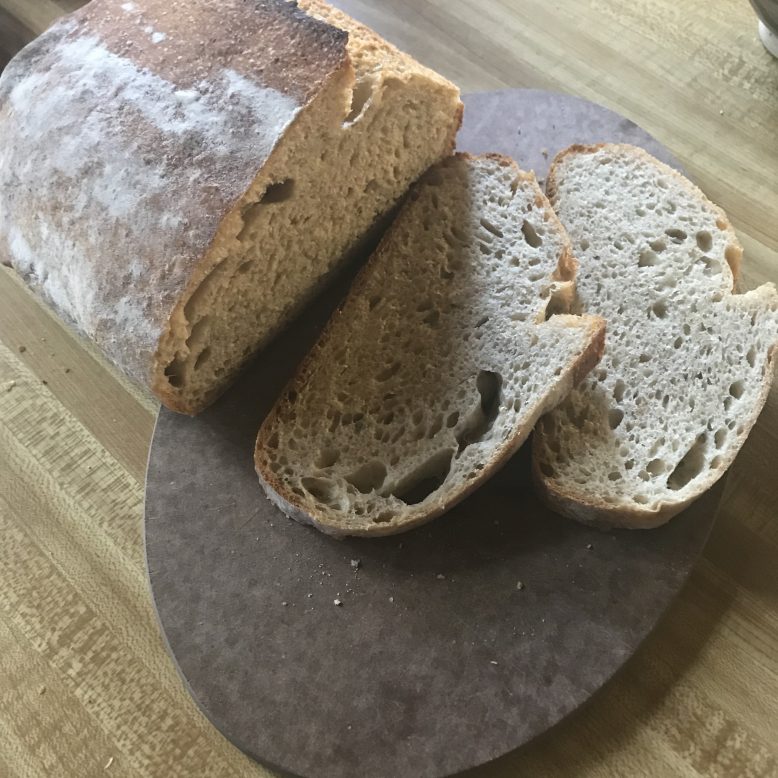 The other thing I’ve been doing is cooking. A lot. I’ve been mainly focused on baking bread. Following the advice of my favourite YouTube chef, John Kirkwood, I’ve baked some pretty good baguettes a couple times now. And I’m proud to say my first attempt at baking sourdough bread was also successful! Big thanks to my friend Emillie, whose blog, Fermenting for Foodies, helped me get my sourdough starter going, as well as to John Kirkwood, for the specific directions.

Happily, sampling new beers is not too difficult these days. With so many breweries packaging their products now, there is a wealth of options available at liquor stores or from breweries that deliver locally. Sure, I miss dropping by the tasting room at Île Sauvage or Whistle Buoy, and I definitely look forward to sitting at the bar at the Drake or Garrick’s Head one day again, but until then, this thirsty writer isn’t having much trouble quenching his thirst. Cheers to that!

For the ninth year in a row Rancho Vignola is setting up its Vancouver Island Harvest Sale here at the Mary Winspear Center in Sidney. Many of ...
Read More
Season’s Greetings EAT readers! We at EAT are looking forward to all the wonderful seasonal baking on offer around the city. One of the great joys ...
Read More
Masterclass Candied Citrus Holiday ...
Read More
November | December issue on the stands. Read ...
Read More
The line-up is set and the tickets are on sale. The Great Canadian Beer Festival will return to Royal Athletic Park in Victoria, BC, on Friday, ...
Read More