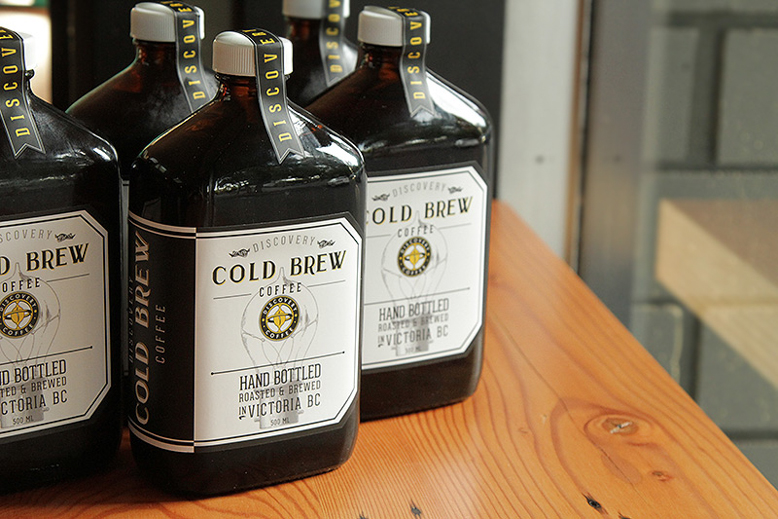 The summer of 2014 will be known as the summer cold brew coffee took hold on the west coast. Though we saw a handful of local places – like Kafka’s and Culprit serving it last summer, now almost every specialty cafe or roaster is serving a version of cold brew. A few are even joining venerable Stumptown and bottling it.

Cold brew coffee is not to be confused with iced coffee. Cold brew is exactly as the name suggests, made by steeping coarsely ground coffee in cold water for long periods of time. Iced coffee is brewed hot then chilled with ice or cold liquids, a process which makes the coffee  astringent, acidic and often bitter. That’s why iced Americanos are generally only palatable with sugar and milk.

Cold brew coffee originated in Japan when Dutch traders brought in coffee from Indonesia in the early 17th century, giving it the name “Dutch coffee”. They still make cold brew in Japan, typically in large glass contraptions like something you find in a lab.

The two big issues with cold brew coffee are oxidation and flavour. Oxygen makes coffee go stale, so the trick is to avoid as little contact with air as possible during the process.

Cold brew also causes the compounds in coffee to break down differently, so getting a flavourful, less acidic brew can be a challenge. In fact, I’ve never really been a fan of cold brews because I find them too intense to be enjoyable. Many who brew cold make it as a concentrate and dilute it to drink.

There are four general approaches to cold brew:

Roasters on both sides of the Georgia Straight are doing some fun and interesting things with cold brew. Discovery Coffee is more traditional while Timbertrain Coffee Roasters serves cold brew with a twist.

Victoria’s Discovery Coffee is the gold standard of traditional cold brew (well, anything related to coffee, for that matter). After years of experimenting with water temperature, grind, coffee : water ratios and time, they have settled on the Brewtron 3000 (a super high tech, future-is-now kinda thing). They brew a single origin coffee for 18 hours then pour it through a double filter. This brings out flavours that hot brew doesn’t while being a super clean cup.

Discovery just started bottling the cold brew this summer. “The current coffee we are using in the bottles is our Honduras Capucas but will be changing every two months or so as our coffee selection changes,” says Logan Gray, Director of Operations and Coffee Education. 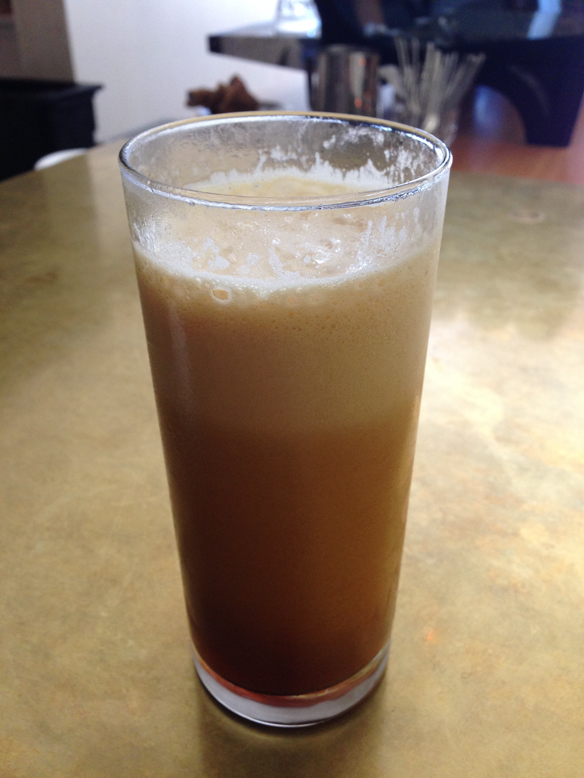 After conducting some unscientific taste tests with an executive chef, a teacher, a former Starbucks barista and a server, the overwhelming consensus is that the bottled cold brew is clean, smooth and chock-full of flavour. Even those who doctor their coffee liked it without cream or sugar. Personally, I think it’s the best traditional cold brew around. Yes, even better than Stumptown.

For a very different approach to cold brew, there’s Timbertrain in Vancouver’s Gastown. Open in January of this year, this trio of friends is the newest roaster in town and was inspired by American roasters, like Stumptown, who serve cold brew on tap.

They steep Ethiopian coffee cold at their roasting facility in in Langley for 22 hours. They then bring it to the Gastown cafe, keg it, tap it with wine taps and add nitrogen to get a heady beverage resembling Guinness. It really brings out the berry-like, fruity and sweet taste of Ethiopia; acidic but not bitter, and definitely goes down smooth.

This came after 6 months of experimentation with various coffees, grinds and brewing times as well as working with a tapping specialist who works with local breweries. Together they tried various types of gas and taps until settling on nitrogen and wine taps. Again, the game is all about avoiding oxidation. Their goal is to eventually use Guinness taps, which are easier to use, and a rotating roster of single origin coffees.

Discovery Coffee’s bottled cold brew lasts 2-3 weeks in the fridge and is ideal for camping, picnics, boating and days at the beach since it saves you the grief of bringing all the gear. It’s also available online and can be shipped anywhere in Canada. Timbertrain’s is solely available on draught, so if you’re out and around Gastown this summer, stop in for a pull of the most refreshing cuppa joe in town.

Superflux Cabana has opened upstairs at 804 Broughton St (the former location of The Livet). Featuring lots of Superflux beer and a menu that ...
Read More
January|February issue is on the stands! Pick up a copy, or read the digital version. Read ...
Read More
With all the recently opened shops popping up along gentrified lower Yates, it’s hard to keep up with what’s new. For those of us who ...
Read More