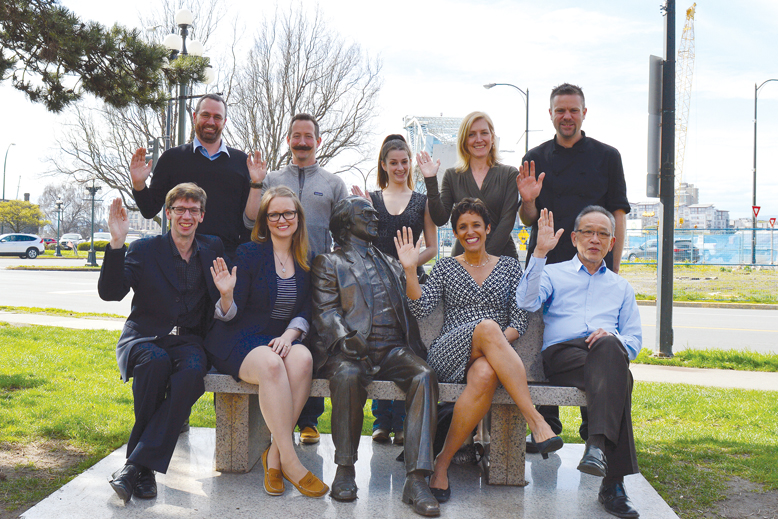 Swans Hotel and Brewpub has been at the heart of Victoria’s Old Town rebirth for more than a quarter century. The late Michael Williams, who died in 2000, was a visionary citizen-developer, philanthropist and important art collector. His properties (all of which were donated to the University of Victoria, including what is now the Legacy Gallery on Yates) house an amazing collection of First Nations art and work of other important local artists. Swans Brewpub is arguably one of the finest small, public galleries in Canada.

Recently, while revisiting the art on the walls and ceiling at Swans, I was struck by Michael Williams’ presence in the room. The work of his artist friends   reflected his passion and his image. On one wall there is a beautiful portrait of Michael by Godfrey Stephens, who also carved the modern, First Nations-inspired pole at the pub’s Wharf Street entrance. Williams supported many local artists. Work by Luis Merino, Jim Gordaneer, Kerry Joe Kelly and stunning carvings by Tom Hunt, John Livingston, Cheryl Samuel and Tony Hunt Sr. give Swans an atmosphere of deep, resonant tradition. Looking out the pub’s wrap-around patio windows in the late afternoon light, I see the bridge construction, Inner Harbour and old Songhees land and can almost hear the drums echoing across the water 165 years ago.

“Michael was very community-minded and deeply concerned about homelessness,” says Theresa Dickinson, Swans’ General Manger, “and as a result my colleagues and I serve lunch at Our Place Homeless Society once a month with the support of the Hotel Association. Another way of keeping Michael’s legacy alive is that we designed an art tour brochure to give visitors some detail on the art in the public spaces. We also printed coasters each with a selection of facts about Mr. Williams, gleaned from some of his closest friends and regulars. I find people are genuinely interested in our history and our link with UVic.”

Theresa Dickinson has been managing Swans for a year and a half and has gently guided this established property to a brighter future, creating a new culture, inspiring leaders and coaching the 60 colleagues along her journey.

A confident, passionate and well-polished hotelier Theresa’s experience covers Sandals Resorts in Jamaica, Hilton and Meridien in London and California. She also ran a successful hospitality training company in Cambridge, England for 10 years. Since moving her family to Victoria she has enjoyed working at The   Fairmont Empress and Inn at Laurel Point before joining the team at Swans.

“My passion is training and this leadership team has a new energy and vitality towards this property and our most valued asset – our team,” the bright-eyed British-Jamaican General Manager explains while giving the server an enthusiastic thumbs-up for her beautifully presented afternoon latte that the team had just been trained to make.

And now, Swans leadership team is complete with the addition of their new executive chef, Jason McMillan. When we met, McMillan had been at the helm of Swans’ kitchen for six months. Earlier in his career, Jason had spent four years in the kitchen of the Fairmont Jasper Park Lodge. He’d also worked at the Oak Bay Marina and a London, Ontario French-Asian restaurant The Black Trumpet before opening his boutique hotel in Ontario with 40 seat contemporary restaurant. The Esquimalt High grad was keen to move back to Victoria and Swans.

“French cuisine is the basis of everything,” McMillan told me as he sipped one of the pub’s award-winning Pilsners. “Matching my fine dining influences and techniques with our brewmaster Andrew Tessier’s beer has been a blast!” McMillan enthused. “It’s inspired some new ideas, some new dishes. It’s a learning curve for me, but Andrew has been our brewmaster for eleven years. His craft and passion are inspiring. Our Scotch ale is my favourite to cook with so far,” chef added wistfully while savouring another sip of Pilsner. 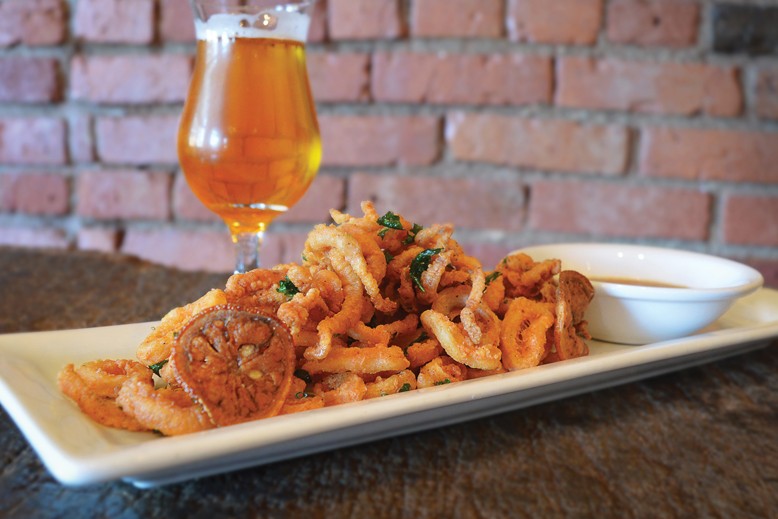 “Andrew’s brews have won 31 awards over the years, and I’m working on beer-infused sauces for our wings. We make in-house Scotch Ale ketchup. I’m also working on a recipe for beer-infused meat balls using our Oatmeal Stout.

The selection of beers are also available in bombers at the Swans Beer and Wine store open daily on the Pandora Street side of the hotel.

“I’ve got a new dessert menu and a new breakfast menu. I’m using spent-grain from the brewing in the “Swans Stack” buttermilk pancakes that are topped with a full-flavoured Scotch Ale caramel. Daily we bake multi-grain bread with Swans Oatmeal Stout, and season many dishes with herbs from our Penthouse rooftop herb garden.”

“I’ve got a good people in the kitchen with high energy and a positive outlook on the changes we have made together. Some have been here many years and a past apprentice from my Ontario kitchen has recently joined me,” Chef grins, then continues. “And a young student from Esquimalt High’s cooking program is in our kitchen now too, and that kind of brings everything full circle for a local boy like me.”

I am excited to try what Chef Jason will create to pair with one of Swans most popular seasonal releases – the Coconut Porter – coming to the pub and liquor stores in mid-September. 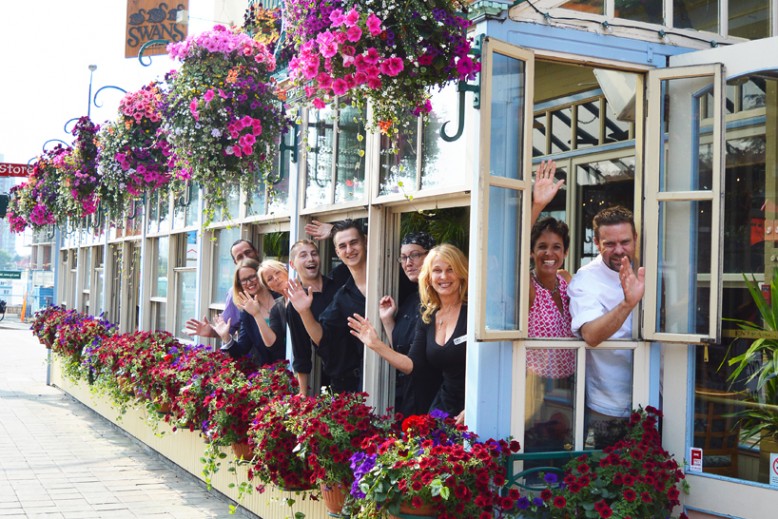 The Swans team on the patio.

Enjoying one of Swans’ Tasting Nest Samplers (4 for $7, 6 for $9), I listened as Dickinson lovingly described the pub’s regulars. Some come for the food, beer and art, some for conversation, some for the room’s nightly, no-cover charge live music offerings of rock, blues, traditional jazz and country featuring local stars like Bill Johnson, Ange Hehr and Aidan Miller.

“With the new bridge and the renovation of the Janion Building, this area along with Swans is ready to take flight, just like Michael used to say, this place was once an ugly duckling, but no more” the grinning general manager explained.

So with the food of Executive Chef Jason McMillan paired with the beer of Brewmaster Andrew Tessier, under the guidance of General Manager Theresa Dickinson I think the late Michael Williams would be proud of his beloved Swans.