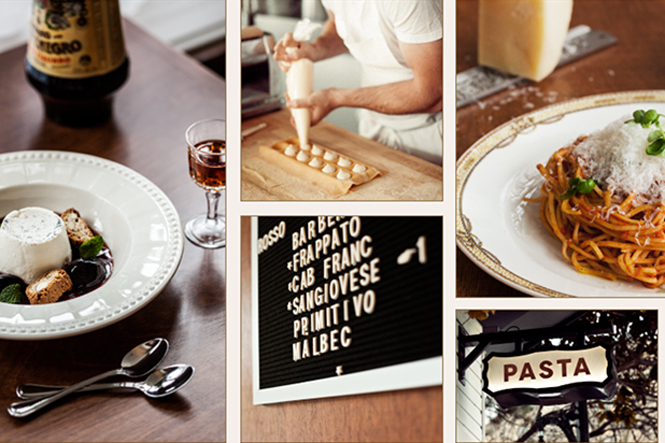 Fond farewells in Gastown…both Boneta and House Guest have closed their doors as of the end of December. No news on what might go into the now-vacant spaces, but those are some big shoes to fill.

Vancouver Foodie Tours has been selected by the CTC as one of the country’s most noteworthy experiences and inducted into Canadian Signature Experience program.

Dine Out Vancouver is back again from January 17 to February 2. Events include the return of Street Food City, as well as a Film Feast featuring Jiro Dreams of Sushi, and numerous other experiences.

In other Whistler news…Araxi has launched a new oyster bar. In addition to a wide variety of local, fresh-shucked molluscs, look for classic fondue, truffled frites and oyster-based specials.

Chef/Owner Brad Miller of The Red Wagon has opened Bistro Wagon Rouge (no website, 604.251.4070) a few blocks away at 1869 Powell Street. Look for cozy, casual French fare at accessible prices.

Ask for Luigi has opened in Railtown at 305 Alexander Street. From the team behind The Pourhouse and Pizzeria Farina, and led by chef and co-owner Jean-Christophe Poirier, the menu features fresh, hand-made pastas, including housemade gluten-free varieties.

Yaletown Distilling Company has opened at 1132 Hamilton Street, distilling 100 per cent B.C. vodka and gin. Look for eau de vie, grappa and whiskey in the near future.

The Main Street Honey Shoppe has opened at 4125 Main Street. Part of The Honeybee Centre based in Langley, the shop carries local and international honey and honey-based products, including bee pollen, candles, soaps, natural remedies and baked sweet treats.

Wildebeest has paired with Road 13 Vineyards (www.road13vineyards.com) to create limited release red and white house blends. Wildebeest Red combines Gamay with Pinot Noir, while the Wildebeest White is an Alsatian-inspired blend of Pinot Gris, Riesling, and Gewürztraminer. Only 50 cases of each have been produced, and are available at the restaurant by the glass and bottle.

Jennifer Schell, author of The Butcher, The Baker, the Wine and Cheese Maker: An Okanagan Cookbook, is planning a sequel, this one set on the coast, and spanning the Lower Mainland and Sea to Sky corridor.

Scott Korzack, formerly of L’Abbatoir, has been appointed EC at Gastown’s Bambudda and is launching a Chinese New Year menu this month in advance of the Year of the Horse.

The article on L’Apéro in the May|June issue should have stated Chef Andrea Maiolo staged at The Courtney Room and Zambri’s and that he held the ...
Read More
May|June issue on the stands. Read ...
Read More
Who hasn't planned their restaurant selection based on the quality of the complimentary bread basket? I know I have, and I'm pretty sure I'm not ...
Read More