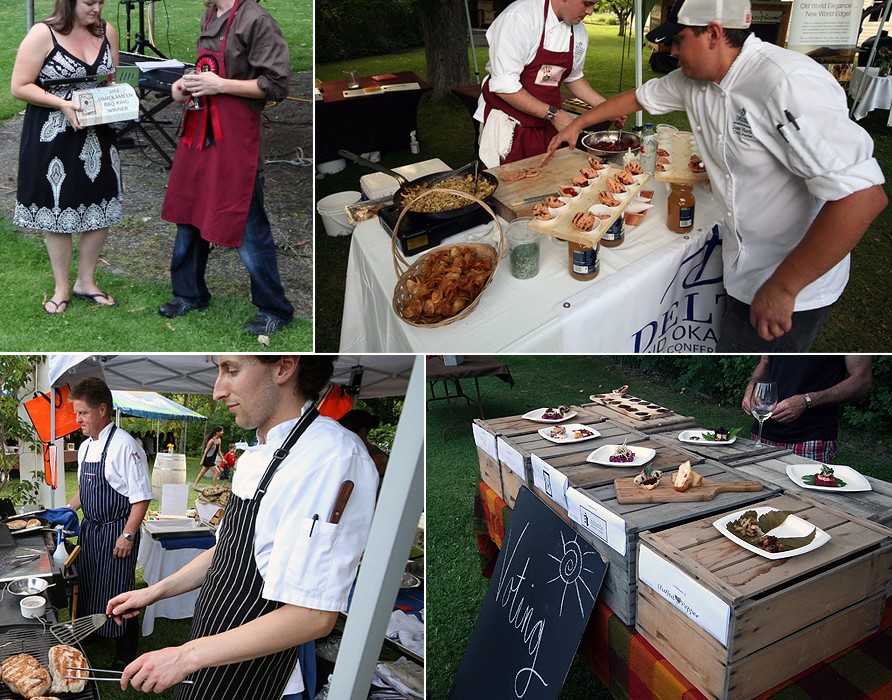 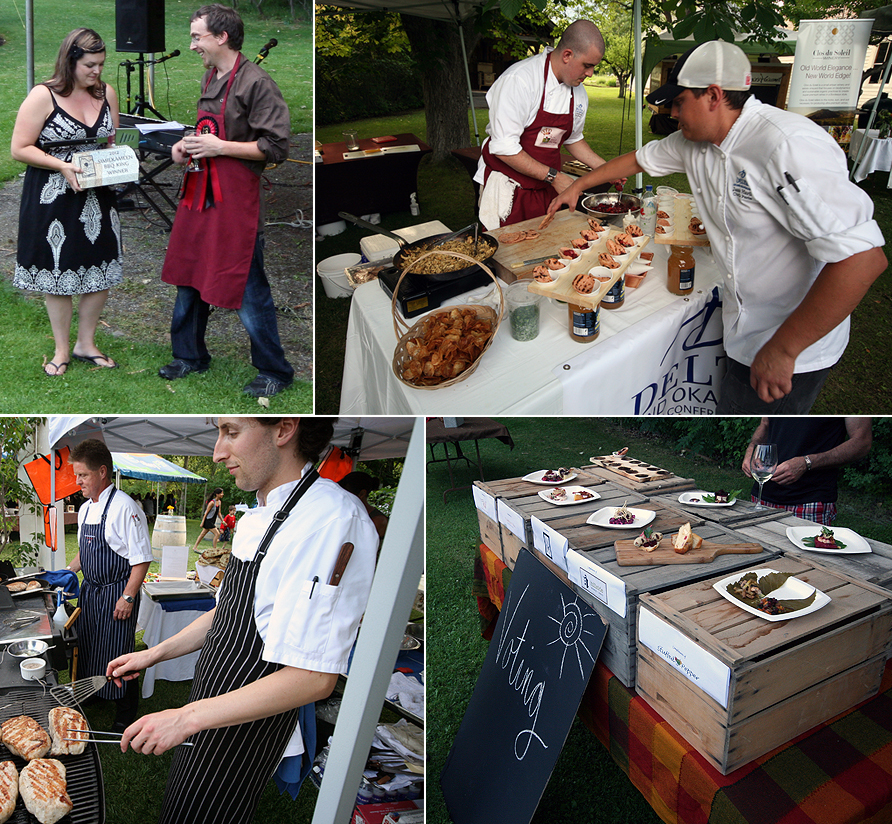 However, that quote rings true for many talented chefs at this year’s Similkameen BBQ King competition. The second annual event was held on the charming grounds of the Grist Mill heritage farm in Keremeos.

Eight Okanagan chefs competed for the title of the Similkameen BBQ King/Queen. Vying for the title this year were Chef Rob Derrick from the Delta Grand Okanagan in Kelowna, Chef Justin Paakkunainen from Walnut Beach Resort in Osoyoos, Chef Rob Cordonier from Hillside Bistro from Naramata, Chef Greg Fuchs from Gregor’s Gourmet in Keremeos, Chef Bernard Casavant from Manteo Resort from Kelowna, Chef Chris Remington from the Hooded Merganser in Penticton, Chef Natasha Schooten from Terrafina in Oliver and Chef Ayman Kanaan from The Stuffed Pepper in Summerland.

Each chef was presented with a mystery ‘black box’ of 5 ingredients that they had to incorporate into their barbecued meal. The 5 key ingredients were all organic and locally sourced from Similkameen area farmers. This year’s black box included chicken, beets, warba potatoes, parsley and rhubarb.

The result was a gourmet alfresco feast for more than 200 guests. Live music and a silent auction was held with proceeds benefiting the preservation of the Keremeos Grist Mill.

After much eating and drinking, attendees and media judges cast their votes in vintage apple crate boxes.

Chef Natasha Schotten from Terrafina Restaurant was voted by the judges as best food and wine pairing for her dish of barbecued chicken, cornbread and a raspberry rhubarb coleslaw, paired with Robin Ridge Gamay.

The crowning of Similkameen BBQ King went to Chef Greg Fuchs from Keremeos’ Gregor’s Gourmet for his apple smoked chicken with rhubarb chutney, beet and potato pave topped with shoestring potatoes, watercress, mustard and onion blossoms served on a grape leaf, followed with hazelnut shortbread and rhubarb sorbet for dessert. The dish was complimented with wines from Clos du Soleil (Capella 2010 paired with the dish and the unreleased Saturn 2011 late harvest paired with the dessert).

To quote Shakespeare precisely this time, “Good wine is a good familiar creature, if it be well used” and well used it was. Each chef and winery did an excellent job of showcasing the unique terroir and flavours of the Similkameen Valley.

November | December issue on the stands. Read ...
Read More
For the ninth year in a row Rancho Vignola is setting up its Vancouver Island Harvest Sale here at the Mary Winspear Center in Sidney. Many of ...
Read More
Season’s Greetings EAT readers! We at EAT are looking forward to all the wonderful seasonal baking on offer around the city. One of the great joys ...
Read More
Masterclass Candied Citrus Holiday ...
Read More
...
Read More