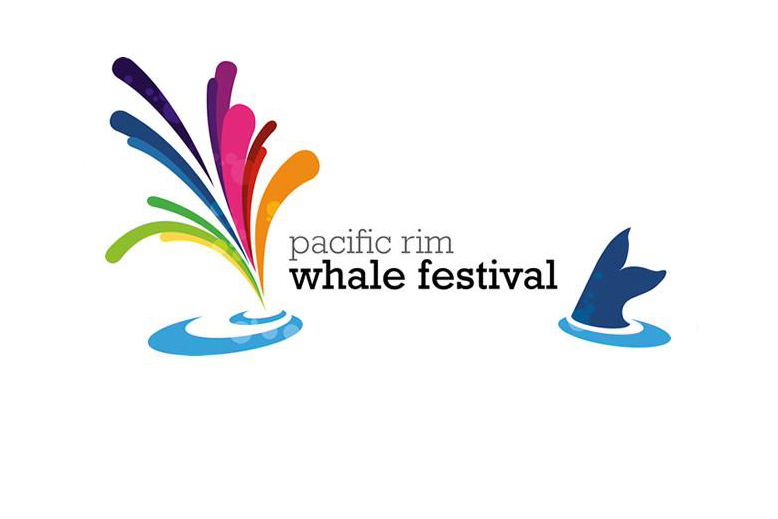 Welcome to spring from the west coast.

This time of year means the return of migrating whales past our shores, and the event that welcomes them – the Pacific Rim Whale Festival. This year the festival runs from March 11-26th. Many culinary events are part of Whale Festival each year, including the pre-festival Gala and Silent Auction, a fundraiser for the festival scheduled for March 3rd. After 20 years of hosting the gala and donating to the Whale Festival, the Pointe Restaurant at the Wickaninnish Inn is taking a step back from the event and the Tofino Resort and Marina will be picking up the torch this year. This property recently changed hands (formerly Marina West Resort), and is being renovated as I write for a March opening (more on this below).

The Chowder Chowdown is another Whale Festival favourite event with local restaurants vying for the title of best chowder by judges and attendees. Other food related events last year including cookie decorating and an Easter egg hunt. Events had not all been finalized at press time, but check www.pacificrimwhalefestival.com for updates.

A new sushi and noodle spot recently opened its doors in Ucluelet. The Sushi and Noodle Boss, located at 627a Peninsula Rd., is a new venture from the owners of Howler’s Family Restaurant. Along with offering the usual sushi rolls, there are some new and interesting choices as well like the Bacon and Egger (bacon, omelet, mayo) and the Strawberry Dream (Nutella, cream cheese, fresh strawberry). Also on offer are a variety of soups including Soul Pho, Spicy Chashu Pork Ramen, and Wonton. Rice bowls and Kento boxes are also available for dining in or for takeout. The Sushi Noddle Boss is currently open for lunch (11:30am-3pm) and dinner (5-8pm). Visit them on Facebook at @KhanWestKitchens.Inc for more information.

Speaking of Howler’s, if you’re looking to celebrate Mardi Gras on the west coast, they are hosting a themed party on March 18th. Featuring DJ That Guy and Solvent of Society at 9pm, the event will include food and drink specials, and is an all ages night. Find them on Facebook (Howler’s Family Restaurant and Amusements) and at 1992 Peninsula Rd. in Ucluelet for more information.

As mentioned, at press time the Tofino Resort and Marina had not yet opened its doors but plans were to re-open a restaurant and pub in the location as existed before with Marina West Resort. Now under new ownership and management, the pub will be called The Reel Room and feature 24 hand-crafted beers on tap. The restaurant 1909 (referring to the year Tofino’s post office opened and the settlement became known by this name), will include an open-concept kitchen, seasonal ingredients, and a wood-fire oven for pizzas and breads. Renovations are ongoing, and the resort is scheduled for an early March opening. Visit them on Facebook at Tofino Resort and Marina.

Congratulations to the Wickaninnish Inn on being named to Conde Nast’s Gold List 2017 of Favourite Hotels in the world. The Inn reopened in early February after renovations this winter. Visit www.wickinn.com.

Continued from March | April EAT magazine’s Best of Asia in Mexico. by Shelora Sheldan The morning after the Taste of Asia event, after ...
Read More
Cher Eat, I have been wondering a lot lately about how Lyon gained such a recognisable status in gastronomy. Sure, yes there are plenty of ...
Read More
I have spent my career thus far with a few goals in mind: climb the brigade of each kitchen I set foot in, put in my time and become “chef”. ...
Read More
An old Tofino classic is going to be new again. The Maquinna Pub, part of the Maquinna Hotel building at Main and First Sts., is set to reopen soon ...
Read More
Nita Lake Lodge proudly relaunched its Cure lounge just in time for some fun in the sun during Canada’s 150th summer. Built in 2008, Nita Lake ...
Read More
Air Canada’s Enroute Magazine has put out it’s list of restaurants that are in the running for Top 10 Canada’s Best New ...
Read More

The article on L’Apéro in the May|June issue should have stated Chef Andrea Maiolo staged at The Courtney Room and Zambri’s and that he held the ...
Read More
May|June issue on the stands. Read ...
Read More
Rebecca Teskey opened Farm and Field Butchers in December 2016 so she could use both her passion for cooking and lessons learned in a ...
Read More