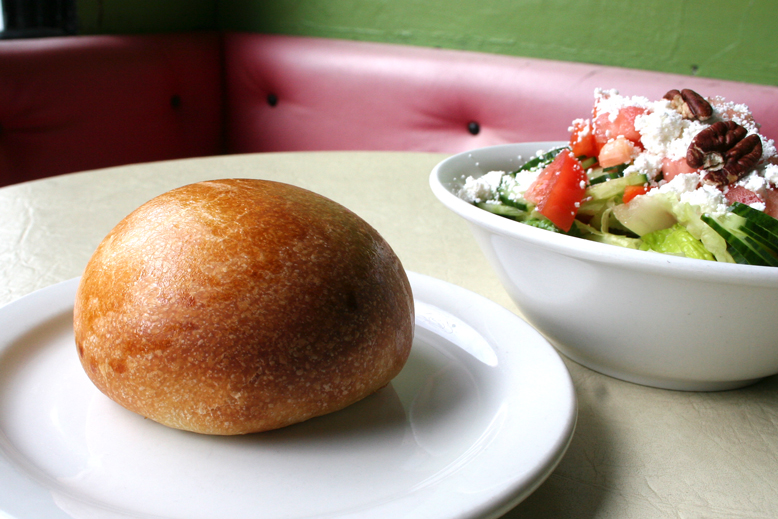 Il Hwan and Hae Mee took over Sally Bun on Fort Street five years ago. At the time, Il Hwan’s sister was running the paint and restoration shop next door and was completely addicted to the buns. She talked her brother into coming from Korea to buy into the business. Already a chef in Seoul, Il Hwan flew out here to try his hand at being a bun baker. It was a strange transition in many ways, but he tells me he likes the adventure and the customers who come in. 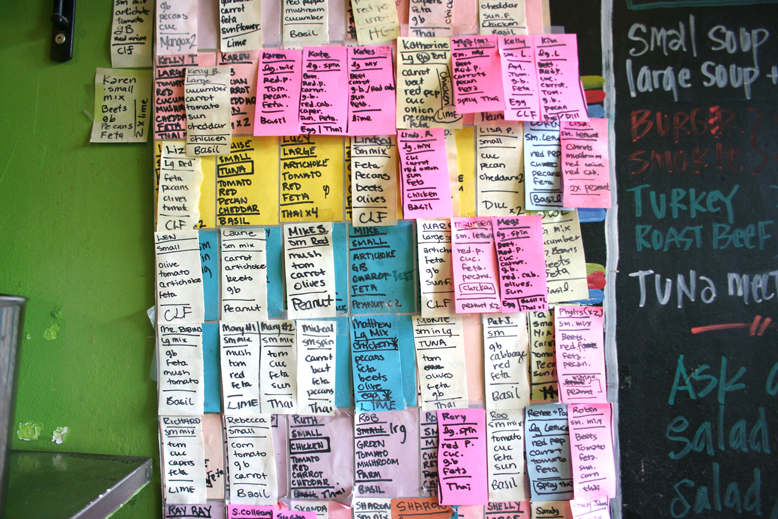 The buns here are slightly different from the traditional Chinese buns I discussed earlier in that the flavours inside have expanded to explore some combinations more familiar to the western palate. Spinach feta, tuna melt, and ham and egg, mingle in the rack with the more familiar curry chicken buns. Reaching into Korean specialties, Sally Bun also offers a Bulgogi bun now. Bulgogi is grilled and marinated beef, Korean style. Amazing.

The way to eat a bun at Sally Bun is, of course, with a side salad. The salads are yummy. The loyal customers here have their exact favourite salad enshrined on a large colourful board thick with post it notes, and as soon as they come in, their desired salad can be made without having to specify. This is what life is like in the wild and crazy world of made-to-order salads. The board itself is a fascinating object. I’d like it if, thousands of years from now, some future archeologist uncovered this board and attempted to decipher what exactly all these encoded salad instructions meant. Was it part of some kind of elaborate vegetarian ceremony? Only future generations will know for sure.
I should also mention, in part because all the customers who came in raved about them while I conducted my interview, that their baked in-house cookies are also popular and delicious. 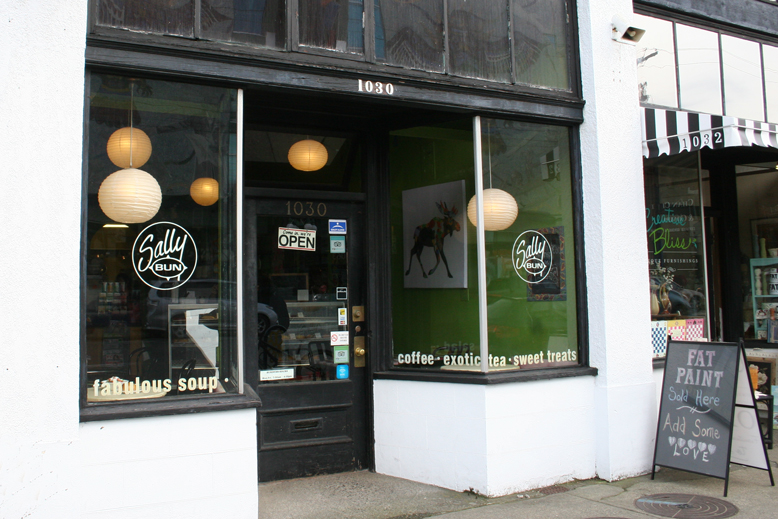 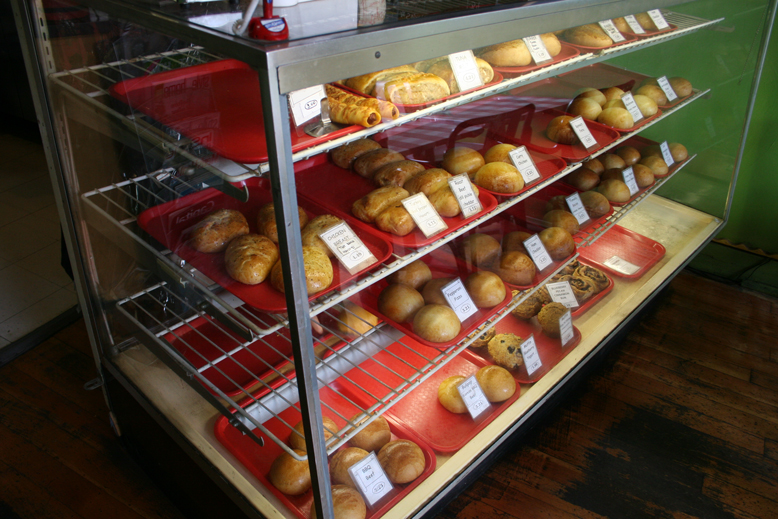 Another interesting factor, as Holly discussed previously, is the unusual patio in the back. Sitting back there at the long row of tables amid the heavy foliage is rather like stepping out of time for a moment—like stepping out of time while eating a tasty bun and salad. It’s hard to go wrong. Sally Bun also caters, and does these neat little mini-buns. Stop in and say hello. It’s a fun place.

July|August issue on the stands. Read ...
Read More
Undeniably the creative incubator for craft food and beverage in the United States, Portland is in perpetual reinvention – shifting perception ...
Read More