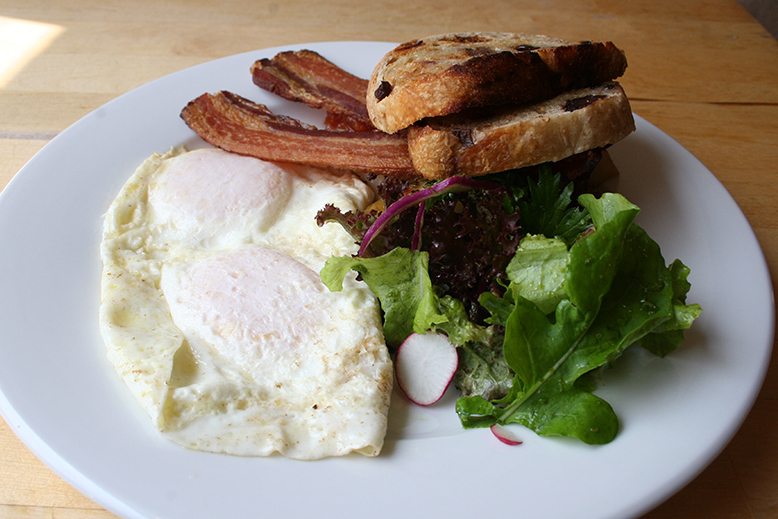 It takes Angela and Jessie about five minutes to walk over to Relish with a tub of fresh greens. These greens can accentuate Chef Jamie Cummin’s dishes the very same day they came out of the ground. This is one of the unique and pleasant features of urban farming, the freshness (and obviously local origin) of the produce can’t be surpassed. 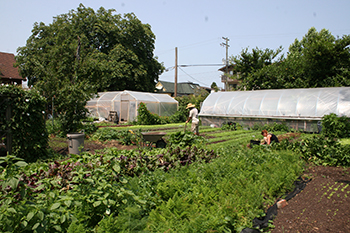 Mason St. Farm, located at the boundary between North Park and Fernwood, presently has arrangements going with ten different eateries in the city of Victoria. Some are as large as the Empress Hotel, and others are small neighbourhood eateries like Relish. In addition to this, the farm also delivers fresh veggies and greens to the Niagara Grocery in James Bay. They also have a CSA box program, where people can come and pick up parcels of food throughout the year. They train other people, too, in the methodology of farming. The entire project is fascinating. 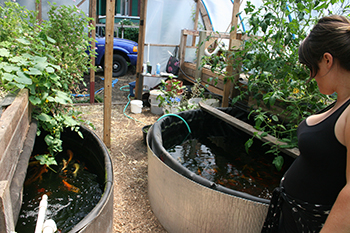 Mason St. doesn’t occupy much space; it is probably the size of three large back yards, but every inch has been maximized for growth. People who start to work the earth quickly realize that even a small plot can sustain a household if it is properly tended. In the 12 years or so since Angela and Jessie beat back the blackberries and morning glories that once occupied the farm they have managed to start feeding quite a few people in the local community. There are now even tanks full of goldfish, whose waste is converted back into fertilizer for a greenhouse overflowing with banana peppers. I can’t say I completely understand the process of Aquaponics, but it is certainly engaging to witness. 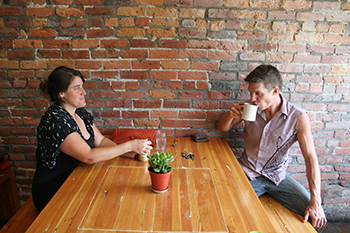 Jessie and Angela at Relish

Relish, meanwhile, has just undergone a revamp. The inside has been switched around and there are new items on the menu. I went there with Angela and Jessie and shared a casual breakfast. They had breakfast, actually, and I had lunch: the chicken katsu sandwich, inspired by a classic Japanese dish that has long been a favourite of mine. I whisked away Angela’s plate before she took a bite and put it in the window to photograph. The greens she picked that morning are prominent on the plate. 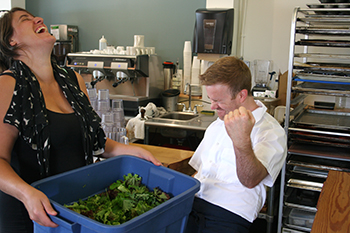 Because we live on an island, the interest in growing things locally, and choosing to patronize farmers in our own neighbourhoods, is more than a fashionable posture. Transportation to the island, over sea, or by air, becomes more expensive all the time. It never gets less polluting. The focus on local products is an ethical choice, and in the grander scheme of things, it is an economical choice, too. Besides which, knowing the people who grow your food is a cornerstone of community building.

Garden culture permeates Fernwood and North Park. Mason St. Farm may be the largest example, but the interest in self-reliance runs deep. I report on these sorts of ventures quite often, and I am beginning to see just how many threads of connection run through this city. I plan to report more on the subject of urban farming in the future, but for now I am offering this one example as a taste of what is going on.