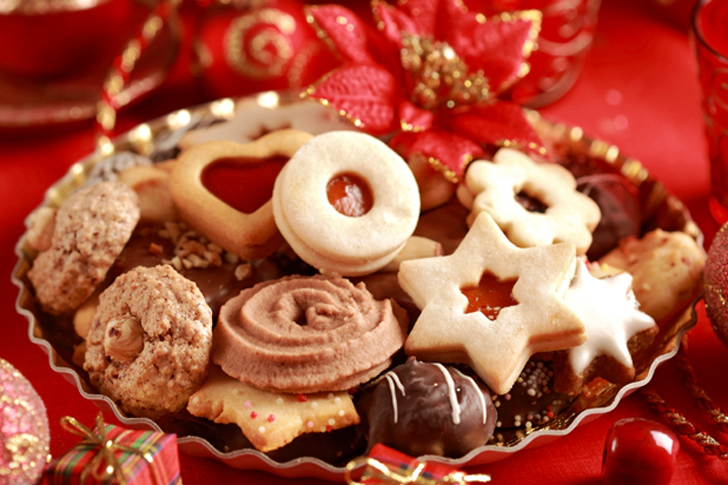 The holiday season is upon us, which also means that another season is here—you know, the one that involves dough, raisins, sugar, chocolate, sugar, yeast, sugar…did I mention sugar? Yes, it’s all about baking. And, while some embrace this time and celebrate the hours at the oven, others shudder in fright and desperately try to figure out which store-bought cookies might pass muster.

For the latter, and even for the former, may I suggest the cookie exchange? For minimal effort, you end up with several (hopefully) delicious dozens of baked treats and a fun night out. It’s not a new concept. In fact, cookie exchanges have been around since the early 20th century. A popular activity at the time for churches, women’s groups, schools, clubs, families and friends, cookie exchanges spread across the United States and Canada to become a popular practice by the mid-1960s. If you haven’t participated in one before, you might be wondering…what’s the big deal?

“It’s really about catching up with friends and maintaining friendships,” says Jill Killeen, owner of Killeen Communication Strategies, and a long-standing member of a local Vancouver cookie exchange that includes Coleen Christie of CTV, Jill Krop, host of Unfiltered with Jill Krop on BC1 TV, Bridgitte Anderson, a VP with Edelman Vancouver, and Caren McSherry, cookbook author and owner of Gourmet Warehouse. The core group of five women has been doing this for almost 10 years and, given that they’re all self-described Type A personalities, the competition can get a little fierce.

“We are competitive, especially about the packaging,” laughs Killeen. “But, in the end, we’re there for each other. Like the year I was hosting and had a disaster in the kitchen and Caren [McSherry] jumped right in to save me. It’s the one time each year that we can all devote to each other and sit down for an evening to catch-up. Having several dozen new cookies to ring in the holiday season with isn’t so bad, either. For cookie exchange neophytes, Killeen advises keeping things simple. “Everyone is left to their own devices in terms of picking recipes. We all have busy lives, and usually we all do it the night before. When you do that, you don’t have a lot of wiggle room for mistakes.” So, stick to a recipe you can either do in your sleep, or have tested out several times to ensure there are no “wrinkles” along the way.

Killeen also advises keeping the number of people in your group small. If you count that each woman should get a dozen of each participant’s cookies, the numbers can add up fast–anddo you want to be baking 20 dozen cookies the night before? Five to seven participants keeps things manageable, while still allowing for enough variety. Also, there’s no rule that says you need to stick to cookies. Have a fudge exchange, or trifle, or cake or brownies. The possibilities are endless, just stick to something you are comfortable making. Cookies tend to be fairly easy to make, bake and package, but truffles or tarts could be more your cup of tea accompaniment. In the end, it’s about having fun and sharing the foods we love with the people we care about. What could be more delicious than that?

Living on Vancouver Island is like living in paradise; however, I think Mother Nature is possibly going to test our resilience this season with ...
Read More