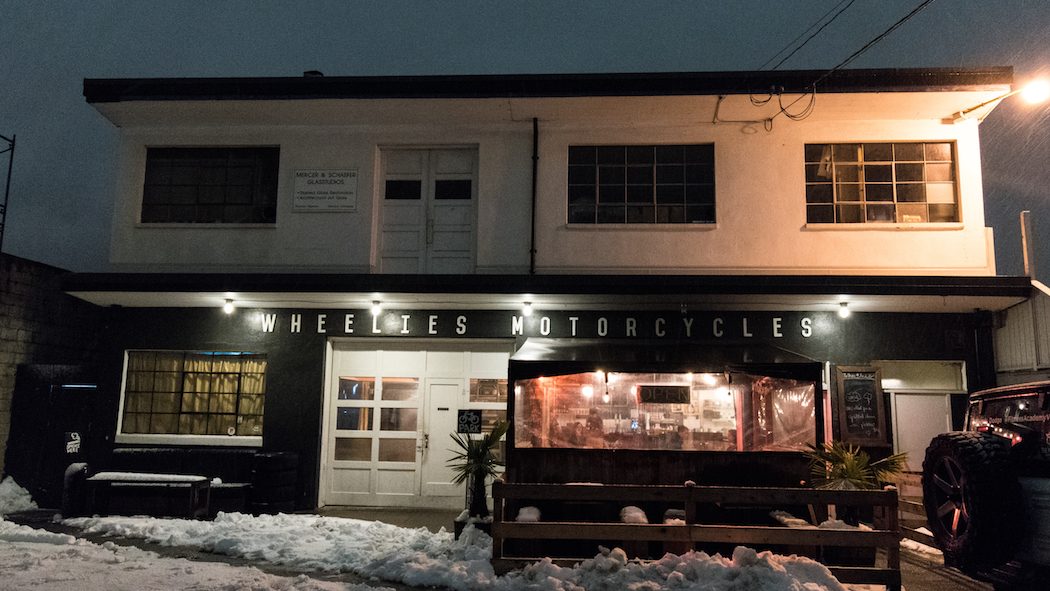 This Valentines Day, Wheelies Motorcycles & Café pushed the limits of what can be produced out of a micro kitchen. Armed with only a pair of hot plates and a small oven, chef Kai Musseau produced a stunning four-course fixed menu meal at Wheelies’ sold-out event, Holding Hands and Sharing Pans. 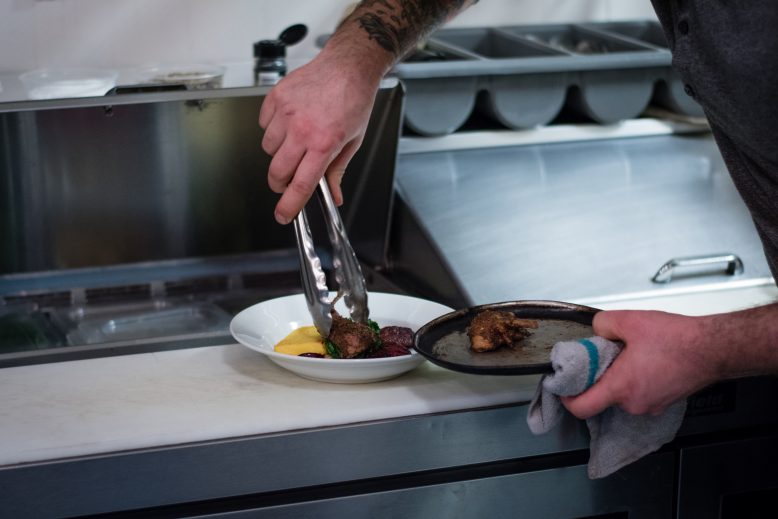 “This is an event we put on two years ago for fun,” said Musseau. “It was a huge success, but the kitchen swore we would never do it again because of how crazy it was.” Deciding to go ahead anyway and do the event again, Musseau says it happened to land close to Valentines Day, so it only made sense to pair the two. Calling it a pop-up event, because of how different it is from their usual fair, Musseau says they sourced everything as locally as possible and worked closely with a few other companies, including Sheringham Distillery, Parachute Ice Cream, Driftwood Brewing, and Two Rivers Meats.

“We decided to do it again because honestly, it was such a great time,” says Musseau. “It’s a perfect opportunity for us to be creative and do something a little bit nicer. Doing sandwiches every day can get a little bit tiring.” 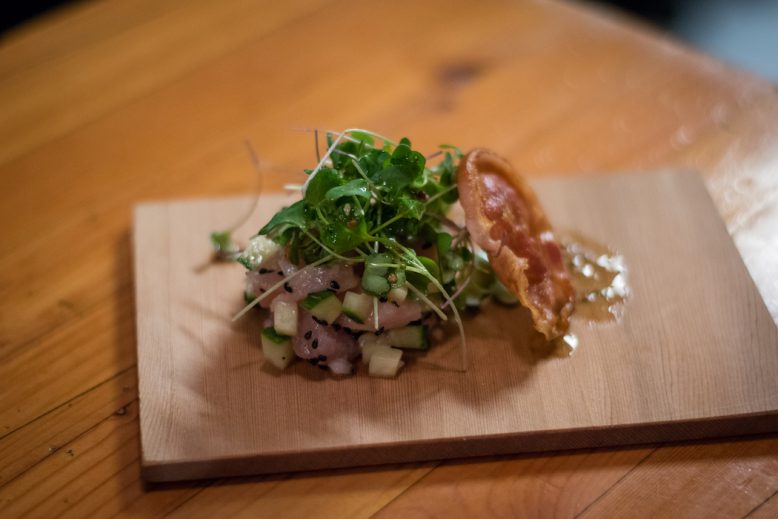 The team of two, Musseau and one other cook, did a seared BC albacore tuna with ponzu, crispy pancetta, and a yuzu gastrique for their first course. Their second course, named “Braising by Wolves,” was an oxtail and barley arancini (similar to a risotto ball) with aioli, pickled onion, and wild mushrooms. The main course was a half roasted quail with sour cherry green tea rub, polenta, rutabaga, and balsamic reduction. For their fiery finale, they served Parachute brown butter ice cream over a white chocolate blondie before topping it with a Booker’s Bourbon-soaked sugar cube and lit the whole thing on fire.

Musseau says he’s open to doing a similar event again, though there would have to be a special occasion for it to happen. 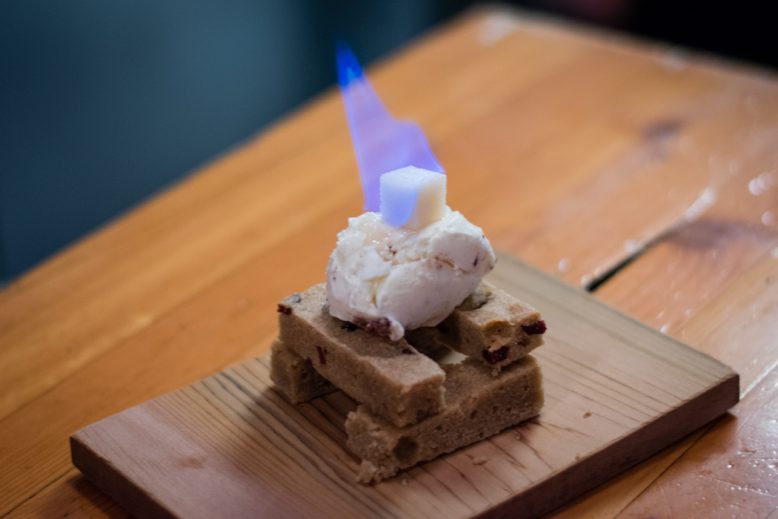 All Photos by Adrian Paradis