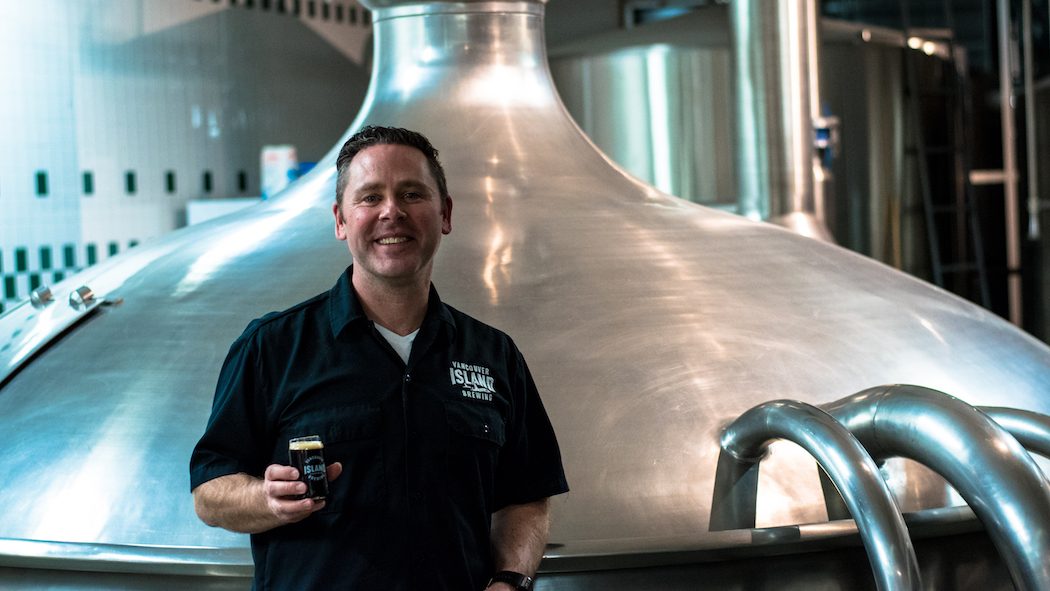 In May of last year, the brewery unveiled its plan to return to their previous branding, only a year after their initial rebrand in 2017. Their first rebrand moved the company to a minimalistic style, unveiling themselves as VI (short for Vancouver Island), and changing the logo to a simple hexagon—a move that they say failed with consumers. “A lot of consumers felt it was a departure away from the Island,” said Dave Nicholls, General Manager for Vancouver Island Brewing. “Where the brand had previously been Vancouver Island Brewing, the move to VI seemed like a departure.” 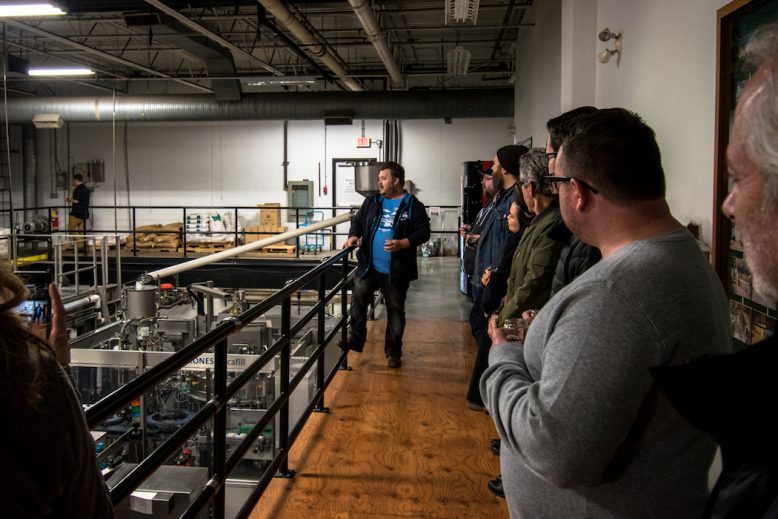 The new re-rebrand harkens back to their origins, displaying a round logo with orcas cresting the top of it. “We’re not trying to evolve what was our rebrand, because we don’t want to tweak something that didn’t totally work,” says Nicholls. “Instead, we’re going back to the beginning and going from there.” While their initial rebrand not only changed their labels, it also focused their beer varieties to include more conventional options. “Our beer didn’t push the limits in terms of what consumers want. It was a bit of a safe play,” says Nicholls. “Now, we get to have a  fun space for exploration.”

The brewery, flexing their creative muscles right out of the gate, had recently unveiled their Nanaimo Bar Imperial Porter. As a homage to the sweet Island treat we all know and love, the heady porter is reminiscent of the dessert in more ways than one having decadent vanilla notes, and dry “hopped” using coconut. 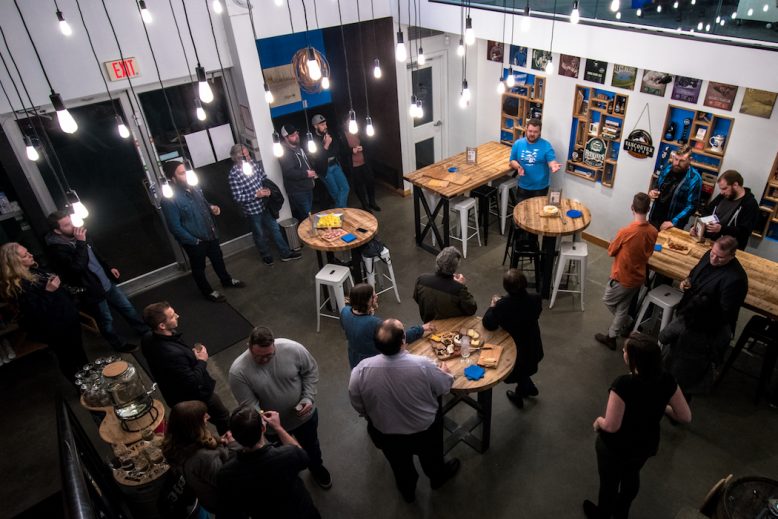 After the Nanaimo Porter, goers were offered Victoria Lager with Edam cheese. The Czech pilsner malt in this variety makes for a golden crisp draft beer that contrasts nicely with the sharpness of the cheese. Dominion Dark Lager was paired with slices of chorizo sausage, balancing the spiciness and fat richness of the sausage with the creaminess of the dark lager. The Broken Island Hazy IPA was paired with pineapple and ham to bringing out the tropical citrus flavours in the IPA and was reminiscent of pizza and beer nights. Finally, Misthorn Winter IPA was paired with carrot cake, mirroring the warm spices and orange zest that each of them contained.

While Vancouver Island Brewery may have had a rocky few years, it seems they are doubling down their efforts to connect with the Island beer community while responding positively to criticism. If these first few steps they’ve taken are any indication of what’s to come, then I’m sure we can all look forward to more great things from one the Island’s oldest breweries.

Victoria Beer Week returns March 6-14 with 19 different events held in venues around Victoria. This 7th annual festival of craft beer offers ...
Read More
The Strathcona Hotel has long brought together BC brewers and distillers in its multiple taprooms but rarely is the brewing craft celebrated so much ...
Read More
Whistle Buoy Brewing Company, a locally owned craft brewery and taproom, is now open in Historic Market Square, Victoria. Whistle Buoy Brewing ...
Read More
The line-up is set and the tickets are on sale. The Great Canadian Beer Festival will return to Royal Athletic Park in Victoria, BC, on Friday, ...
Read More
Victoria Beer Week launched its sixth annual festival earlier this month, which ran from March 1-9. In addition to the festival returning for another ...
Read More
Press Release — Victoria Beer Week Announces Two New Events plus Expanded Beer School “Curriculum” Following its December announcement of 12 ...
Read More

November | December issue on the stands. Read ...
Read More
For the ninth year in a row Rancho Vignola is setting up its Vancouver Island Harvest Sale here at the Mary Winspear Center in Sidney. Many of ...
Read More
Season’s Greetings EAT readers! We at EAT are looking forward to all the wonderful seasonal baking on offer around the city. One of the great joys ...
Read More
Masterclass Candied Citrus Holiday ...
Read More
I challenge you to find a Victorian who hasn’t taken a date to Fisherman’s Wharf. With the cute yet carnivorous seals and the availability of ...
Read More