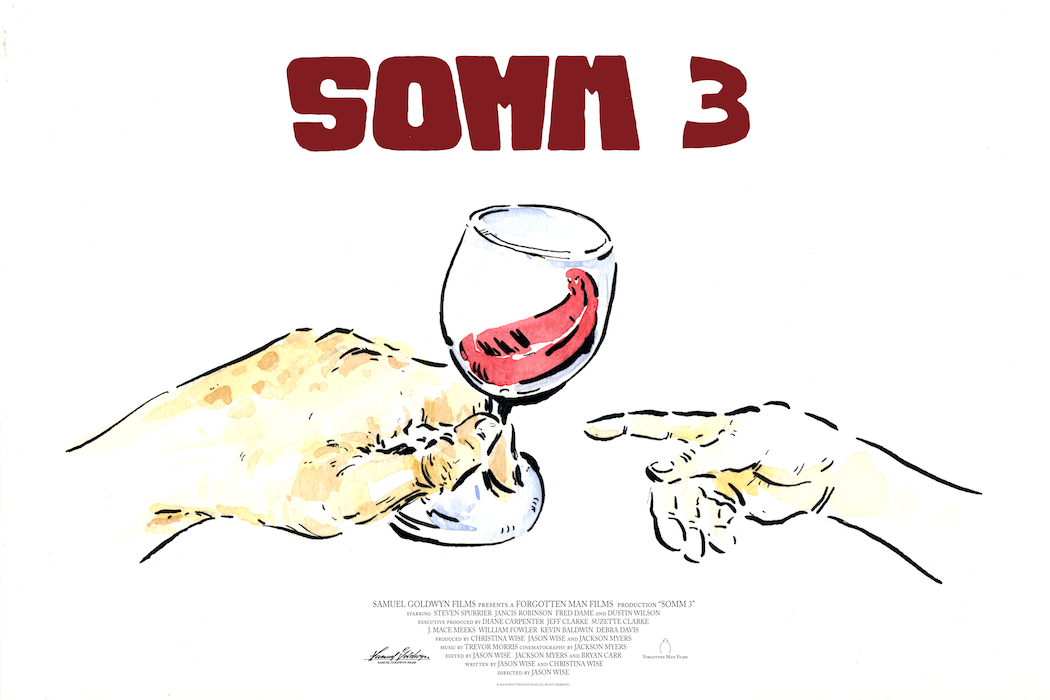 EAT first brought SOMM to Victoria in 2013, and this year in honour of Gary Hynes, founder and editor of EAT Magazine, Vessel Liquor is sponsoring the BC premiere of SOMM 3. Hynes passed away earlier this summer, and the proceeds of the premier event and the online auction, featuring food and drink items from around B.C,. are benefitting the Gary Hynes Foundation.

Tickets are $25 and include a glass of local beer, wine, or cider. Tickets are available through eventbrite by clicking here.

EAT would like to thank the culinary community that came together to honour Gary in such a fitting manner. The hard work and generosity of this community has not gone unnoticed.

This year, Victoria lost a key support, mentor and friend in the culinary scene. Gary Hynes leaves behind a legacy of encouraging new food writers, celebrating local bounty, and just being a sincere and lovely human being.

In 2013, EAT Magazine and Gary Hynes brought the original SOMM to Victoria. This groundbreaking wine and sommelier documentary was received with critical acclaim, and provided key insights into the fascinating and enigmatic international sommelier community. SOMM 3, released in summer 2018, explores the tastes and lives of people who play a major role in the $220 billion wine industry. Three of the greatest legends in wine meet to drink the rarest bottles of their careers, while the best blind tasters of today gather to settle an age-old argument. The results could change the world of wine forever.

Sponsored by Vessel Liquor, and in collaboration with The Courtney Room, and Cru Consultancy, there will be a 6pm reception, followed by a 6:30pm screening of SOMM 3 at the Vic Theatre on Wednesday, November 7. Tickets are $25 and include a glass of Unsworth Vineyards or Lock + Worth Winery wine, Driftwood Brewery beer, or Tod Creek Craft cider. The online auction, filled with items from magnums of sparkling wine to weekends away in Tofino launches Monday, October 29. The auction will be open until midnight, November 7.

For the ninth year in a row Rancho Vignola is setting up its Vancouver Island Harvest Sale here at the Mary Winspear Center in Sidney. Many of ...
Read More
Season’s Greetings EAT readers! We at EAT are looking forward to all the wonderful seasonal baking on offer around the city. One of the great joys ...
Read More
Masterclass Candied Citrus Holiday ...
Read More
November | December issue on the stands. Read ...
Read More
July 12th marked the evening of Power To Be’s very first Nature Gala (formerly known as Power to Golf) – a fundraising event full of wonderful ...
Read More