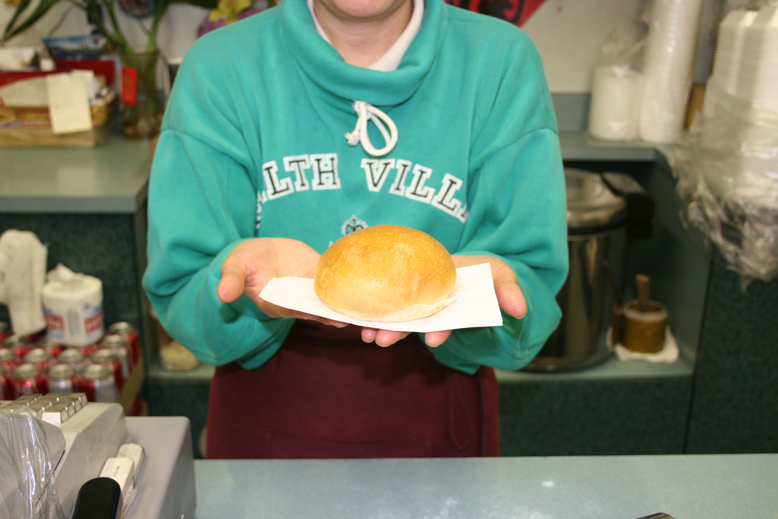 Despite the presence of Chinese cooking in Canada since the middle of the nineteenth-century, both in major cities and every small town along the railroad, Chinese food has always maintained a tinge of exoticism in this country.  While such foods as pizza, hot dogs, and hamburgers (all once considered foreign and bizarre) have now integrated completely into our local cuisine, it is often only the initiated addict who travels the extra distance to sink teeth into a steam bun, or some other delight from a Chinese bakery.  The extra distance, however, is worth it.

The main attraction, of course, are the varieties of baked and steamed goods that sit up in the window of the shop and lure in the passersby.

The line between the exotic and the familiar is changing quickly in the Canada of the twenty-first century, though.  Asian bakeries are springing up in cities across the map, often in locations not bounded by traditional Chinatowns.  Being an unrepentant addict, a proper Chinese bakery was one of the first things I sought out when I arrived in Victoria.  One of my prized discoveries (though not the only one) is the Victoria BBQ House Bakery, located just a few steps North of the Chinatown Gate at Government and Fisgard. 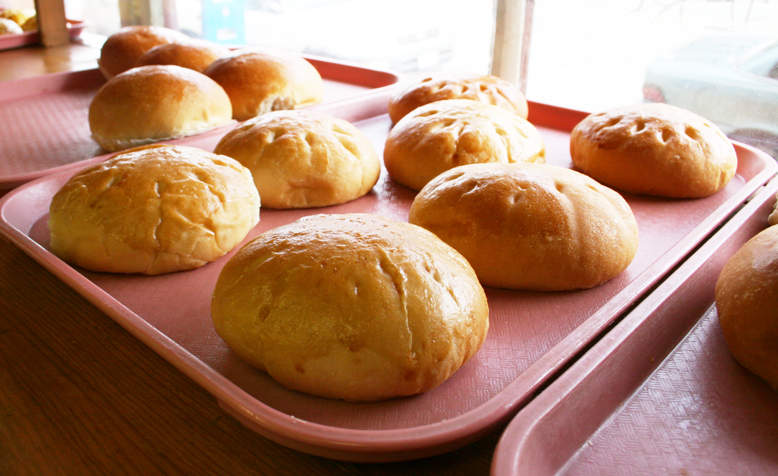 At the BBQ House, proprietor Mrs. Ken Ng prepares in house all the essentials: char siu, is sweet, red coloured pork, slow roasted on metal hooks then sliced and served with a rich sauce.  Barbecue duck and chicken also hang in the racks.  Crispy pork (a.k.a. yak siu) is roasted pork belly, coated and baked in a salty crust.  Be sure to bring an iron constitution if you plan to eat yak siu.  It is not intended for people on diets.

The main attraction, of course, are the varieties of baked and steamed goods that sit up in the window of the shop and lure in the passersby.  The second attraction is the charming hand-written sign in the window that promises patrons will also have the greatest hits of K-Pop made available to them if they only ask.  I did not investigate this option, however, as I am only confused by K-Pop. 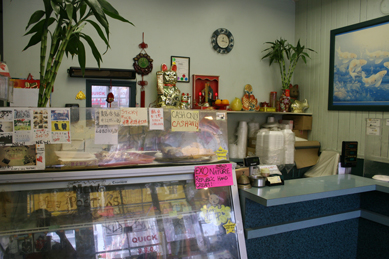 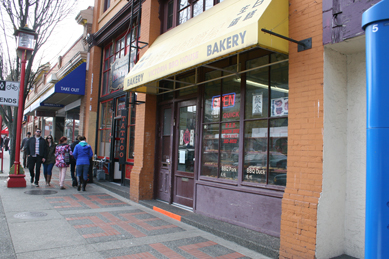 The baked goods fall into two categories, the sweets; tarts and buns filled with sweet filling, etc., and the savoury.  Each of these items has its own history and deserves its own column, but the item I focus on here (and by no coincidence my favourite) is the baked pork bun.  Unlike the also delicious steamed pork bun often found on dim sum menus, the baked bun is oven cooked and thus has a crispy outside and a golden colour.

All char siu bao (as they are called), whether baked or steamed, are filled with a savour mix of stewed pork and onions and sauce.  Beside the flavour, which has to be tasted to be believed, the main factor that makes these buns so easy to turn into an addiction is their price.  At $1.50 a piece they compare favourably with basically any other fast food item in the city.  I encourage you to try these buns, but warn you they are hard to give up.

The article on L’Apéro in the May|June issue should have stated Chef Andrea Maiolo staged at The Courtney Room and Zambri’s and that he held the ...
Read More
May|June issue on the stands. Read ...
Read More
Now that we’ve recovered from Christmas (can you believe it’s mid-January already?), time to start thinking about getting out again – here are ...
Read More