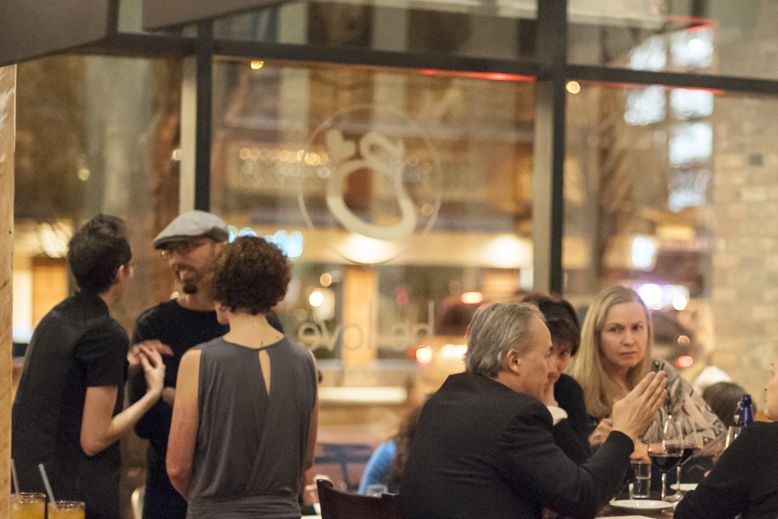 EDITORS NOTE: This is a pretty big post, and it encompasses three days and nights of Gluten-Free action, so there are quite a few pictures, as well as words. Scroll through the whole post, read, look and enjoy.

Top photo: -People gather for the Dinner at Be Love with Dr. William Davis author of Wheat Belly (sitting at table head, center of photo)

This past weekend marked the inaugural Gluten-Free Health & Wellness Festival in Victoria, BC, a festival showcasing the best of gluten-free and health available. There were three components to the weekend: the first was a meet and greet cocktail party at Be Love Restaurant, the second was an expo showcasing the greatest gluten-free and health products, and the third event was a talk with Doctor William Davis, author of the best selling book, Wheat Belly.

On Friday night, guests arrived at Be Love restaurant and were greeted with a selection of non-alcoholic drinks. They had the choice of a housemade cola or a green lemonade. The lemonade started with the slightly sour yet sweet taste of classic lemonade, then transformed into the sour tartness of a Granny Smith, and finished with a fresh, clean kale flavour. With drinks in hand, everyone mingled and chatted. Of course, Dr William Davis was the center of attention surrounded by a large group of people. Then everyone sat down to dinner, which included many of the great dishes Be Love is known for. Some people chose the Sweet Potato Gnocchi while others had the Green Bowl—dark greens tossed in a thai coconut green curry on a bed of brown rice, the whole topped with fresh avocado and toasted cashews. The event was well attended and received. 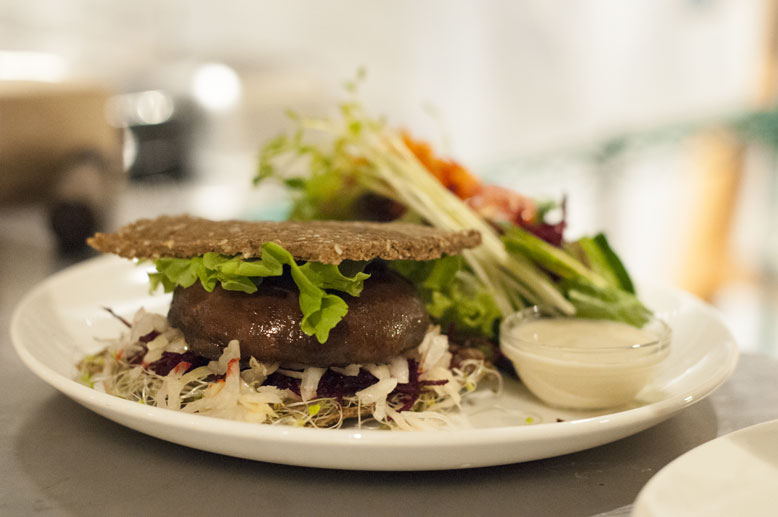 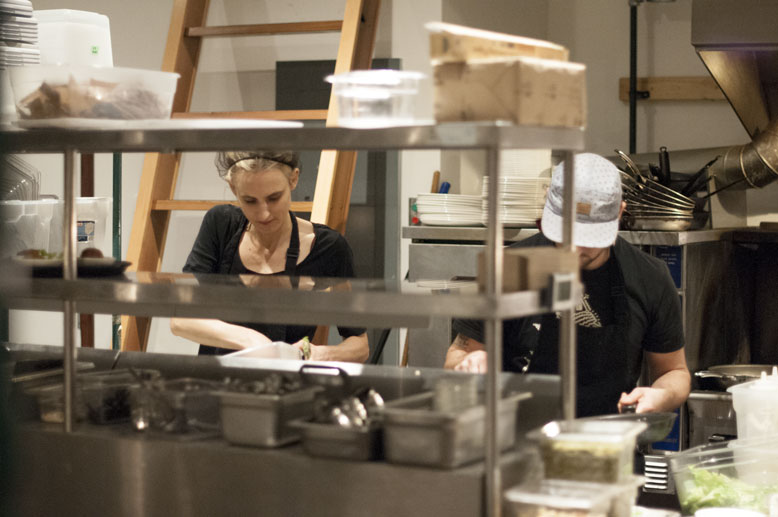 -Heather Cunliffe in her kitchen 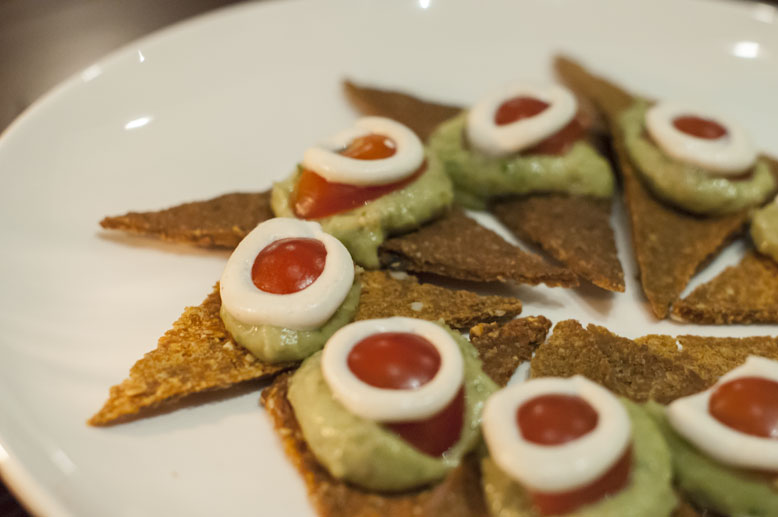 -Appetizer at Be Love 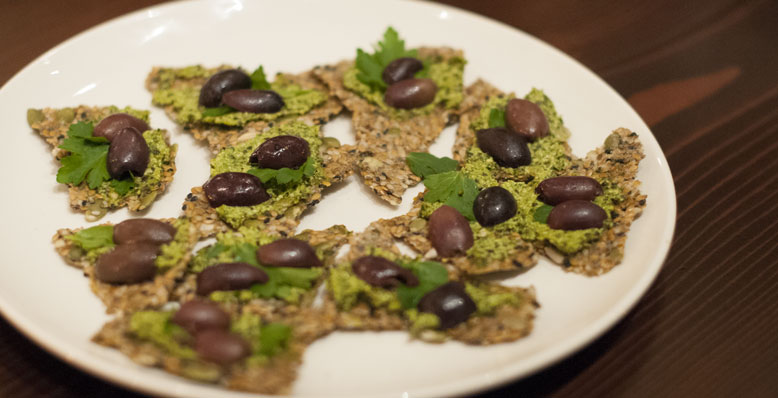 –Appetizer at Be Love 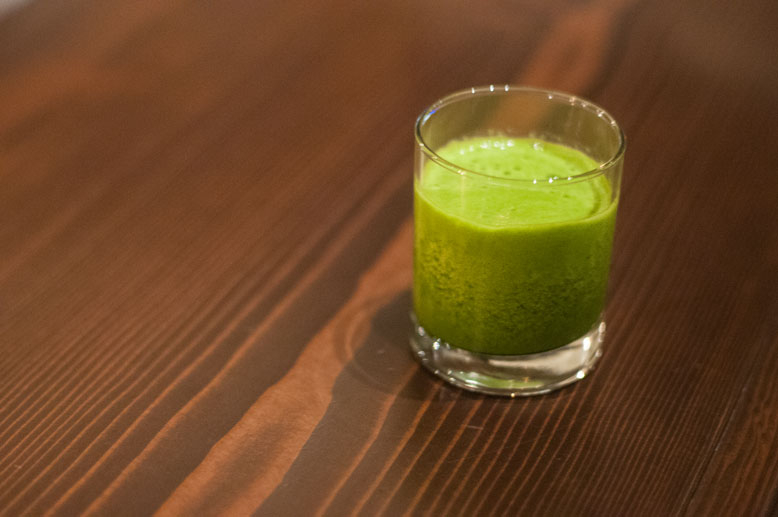 -Green Lemonade. One of the drinks guests where served when they arrived

Saturday afternoon an eager crowd filled the Victoria Conference Centre to sample from dozens of vendors.  The largest booths were the grocers who offered everything from Grimms sausages to Portofino Bakery chocolate cookies to Lundberg rice chips to try. In attendance were The Market Stores, Red Barn Market, and Country Grocer.  Local Vancouver Island food producers received a lot of attention. Duncan’s Rocket Foods sampled their On-The-Go Oatmeal packs; Daksha’s Gourmet Spices featured their line of curry mixes and cookbooks; Holy Crap was handing out tastes of their breakfast cereal; and from Courtenay we tried Abuelo’s Corn Torillas and chips—which were organic, handmade, gluten free and GMO free. We also Origin Bakery  who were there with their full line-up of gluten free breads and baked goods and Nourish, a restaurant that focuses on quality, wholesome food and beverages. They also offer classes. Look for Fermentation Creation on April 24 where you can learn how the fermentation process works and is an interactive workshop. It is given by Olympic rower Will Dean and nutrition consultant Alexandra Pony.

-Rumble, cookies, and grill cheese on gluten-free bread at the expo 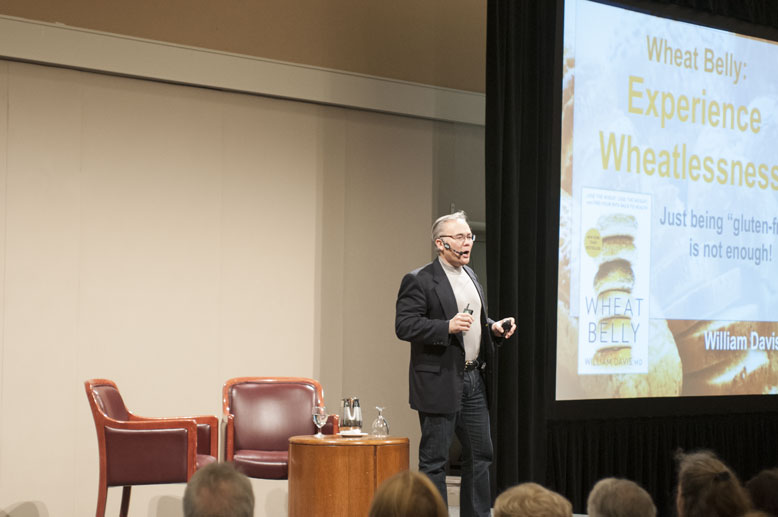 Saturday night was the talk by Dr. William Davis at the Victoria Conference Center. When I got there, almost all the seats where gone—and I had arrived early! There was a large mix of people, from young 20’s all the way up retirement age; from vegans to meat eaters.

Dr. Davis’s speech touched on many aspects of his book, Wheat Belly. He walked us through the history of man and grain, from when we first started to eat it all the way into what grains have become in modern times. He talked about the chemistry which takes place when you eat modern day wheat, and discussed its side-effects. At the end of the speech, he explained how everyone can make the transition to eating wheat-free easier by using a mix of vitamins, minerals, and single ingredient foods (think broccoli, carrots, beef).

If you have the chance to go to one of his talks, do. It is highly informative, educational, and enlightening; some food for thought. In the meantime, though, read Wheat Belly.

The article on L’Apéro in the May|June issue should have stated Chef Andrea Maiolo staged at The Courtney Room and Zambri’s and that he held the ...
Read More
May|June issue on the stands. Read ...
Read More
Last week in Montréal, at Pointe-à-Callière, the city’s museum of archeology and history, a unique exhibit opened: To Your Health, Caesar! ...
Read More