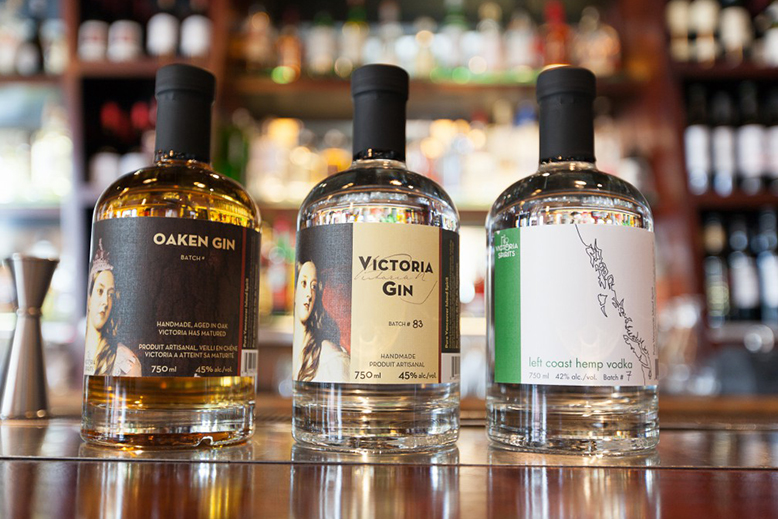 VICTORIA, B.C., June 15, 2015 – Victoria Spirits is pleased to announce the sale of their distillery to Marker Group.  The new ownership will mean increased distribution for the company’s premium spirits and a new home as Vancouver Island’s first waterfront distillery. It comes at an ideal time for both Victoria Spirits and Marker. Due to retire from the spirits business, original owners Bryan and Valerie Murray are thrilled to see Victoria Spirits taken forward by a company that can inject the energy and capital investment needed to propel the distillery to new levels of success. Marker Group is delighted to continue working with Master Distiller and General Manager, Peter Hunt, who – along with an expanded team – will increase the production and distribution of the distillery’s modern spirits, including Victoria Gin.

Marker believes the spirits market is poised for significant growth, fuelled by both the public’s fascination with small-batch distilling and recent changes in B.C. liquor laws.  In anticipation, the Victoria Spirits distillery will be moved from Old West Saanich Road in Saanich to a unique location on the Seaport Place waterfront of Sidney, B.C., maximizing the opportunity to involve the local community and visitors in the experience of creating artisan spirits.  The project will create a regional focal point at a site that is unmatched anywhere in the province, in terms of both its natural setting and environmental sustainability.  The town of Sidney was instrumental in supporting the vision. Due in part to securing the “right tenant for this key property,” Mayor Steve Price expects the development “will bring major benefits to Sidney and will utilize our beautiful waterfront as a tourism and economic driver while keeping it open and accessible for the public to enjoy.”

Victoria Spirits was created from a desire to reinvent gin, and so in 2008 “Canada’s Modern Classic” was born. Like all its premium spirits, Victoria Spirits’ flagship Victoria Gin is lovingly crafted by hand in small batches with a gleaming German copper pot still. The result is complex, elegant, and balanced.  Named after its city of origin, Victoria Gin has transcended its roots and is now a truly national brand.  Vic Gin (as it is known by its devotees) is still crafted drop-by-drop, with organic botanicals and bottled carefully by hand.  Victoria Spirits has long married science and art, and balanced tradition and innovation, to create its growing family of products, which also includes Oaken Gin, Left Coast Hemp Vodka, Craigdarroch Whisky, and Twisted & Bitter cocktail bitters.

Marker Group is a locally focussed land development and venture investment company located in Victoria B.C., owned by Principal, Grant Rogers.  Marker specializes in mixed use developments that target the needs of the local community and significantly enhance value to all stakeholders.  As a long term resident of the Sidney community and with investments in a wide range of businesses from high technology and medical to hospitality and tourism, Rogers and the Team at Marker find opportunities to build, grow and operate businesses that create unique value propositions.  Developments include: The Sidney Pier, Seaport West, Sunrise Ridge, The Meridian and Dunmora Estates.  Successful operational businesses include: Sidney Pier Hotel, Haven Spa, Haros Restaurant, Sidney Pier Geothermal Utility Corp. and Seagate Pontoons.

Superflux Cabana has opened upstairs at 804 Broughton St (the former location of The Livet). Featuring lots of Superflux beer and a menu that ...
Read More
January|February issue is on the stands! Pick up a copy, or read the digital version. Read ...
Read More
It’s looking a lot like strawberry season around here. I spied the first signs of the berries to come three Saturdays ago while nosing into ...
Read More