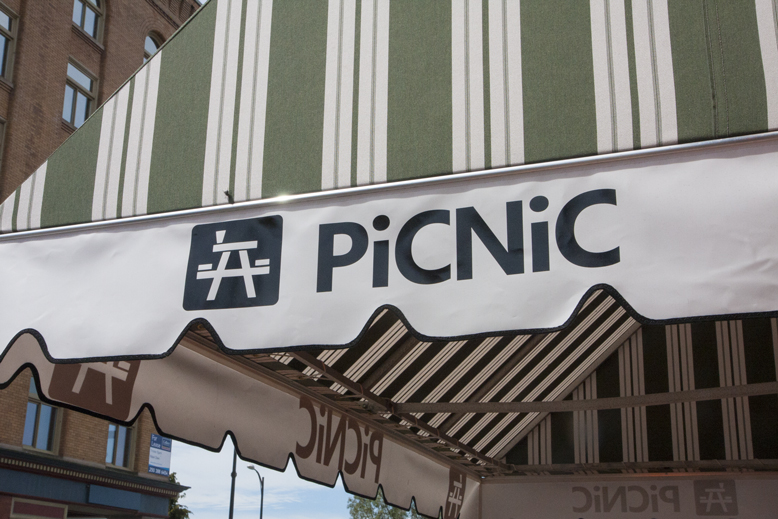 PiCNiC is not a new spot. Opened in 2009 by partners Benji Coey (@fort_cafe), Melissa Byrnes and Jon Perkins (@PiCNiC_Coffee) after the shutdown of the beloved Fort St. Café, their unique and esoteric sandwiches served with 2% Jazz’s “friendly coffee for friendly people” have put their name on a lot of lips.

“I think basically the inspiration is trying to be creative as possible with sandwiches,” says Melissa, who develops PiCNiC’s daily menu. “And part of it is places, we’ve traveled a bit, so different places we’ve been, we kind of take from that.” As Jon puts it, the goal has always been to foster trust in the staff rather than faith in a specific dish. On a typical week, you might go from coconut curried chicken with peanut pesto, to candied espresso bacon with goat cheese without skipping a beat.

PiCNiC also offers the kind of warm and personal service that elevates a spot from the realm of the occasional visit to a personal favourite. “I think just staff wise and how people treat people is a big role in it,” says Jon. “We’ve always been pretty community minded with what we did at Fort [St. Café] and also here.”

Being nearby to so many startups has helped make the spot a favourite among Victoria’s developer community. PiCNiC’s website lives on a custom tumblr theme by Pixel Union , and features a strongly worded recommendation from its creative director, Liam Sarsfield (@liamsarsfield). “Those guys built a custom theme and colour scheme for us and that was really great,” says Jon. “They were really stoked to do it, and we really love it and it works really well.”

PiCNiC also sees heavy traffic from development houses like Red Brick Media, Tiny Mob Games, and many more. “It’s great to see what’s going on in Victoria and that sort of growth… It’s small enough that everybody knows everybody,” says Jon. PiCNiC was also one of the first spots to offer gift cards from Kiind, another local startup. “It’s just really exciting to see all that innovation going on around you, and it’s nice to see that it’s your peers in your age group that are doing that.”

This connection with the dev community was also part of why the trio decided to open their second location on the 1000 block of Fort in early 2013. The newly rebranded Referral SaaSquatch and several other startups were moving into an incubator space at 1017 Fort, and a shop space opened up below them. “We were pretty confident about having an “in” in the neighbourhood already with those folks moving up.” In the last year the new location has seen enough growth that Jon and the partners have been looking to expand.

Victoria has seen a lot of small businesses come and ago, and it’s always a sad thing when something doesn’t quite get off the ground. The gluten-free bakery that was next door to PiCNiC Too (PiCNiC’s second location at 1019  Fort St.) is one of these, leaving behind its green, margarita mix coloured countertop. But the Gluten Free Bakery’s space is destined to rise again thanks to PiCNiC’s growing popularity.

“[PiCNiC Too] is a tiny space now; when you have five adults in there it’s tight.” The partners plan to knock down the wall between what is PiCNiC Too and the vacated Gluten Free Bakery. Then make some further renovations before opening the new space in a few months. Things to look forward to include a new weekend brunch menu, evening hours until 9-10pm, and the possibility of a liquor license. 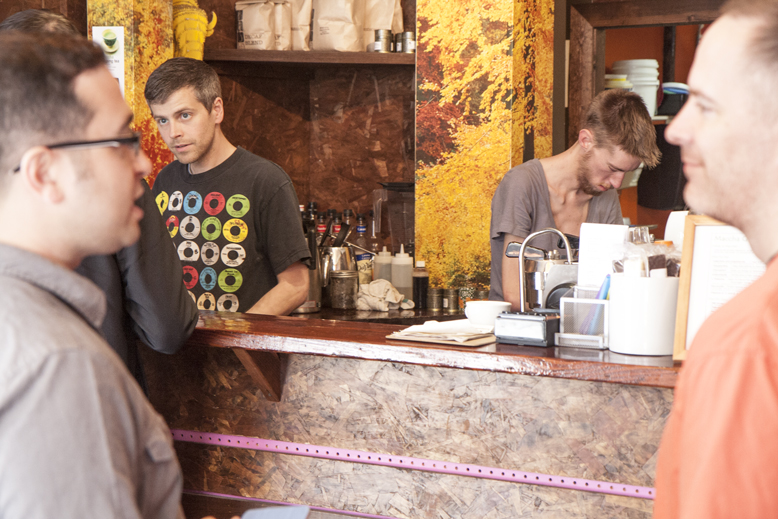 Jon Perkins (left) and an unnamed barista at the original PiCNiC location.

“One of our friends has taken over Mortis Cycle Donuts so we’ll be having fresh donuts made in house at the upper fort location (Empire Donuts), and Dollop Fine Foods will be doing all our baked goods up there too,” says Jon. “The kitchen space at PiCNiC Too is a little bigger than we require, so we will be able to work with some other people and create a nice little community.”

If you have yet to place your first order at PiCNiC, the time is now — if the software industry keeps growing like it has, even their new space will be packed to the gills.

Attention BC wannabe chefs of all ages! Star in your own family cooking show for a chance to win amazing prizes. VANCOUVER – The BC Ministry ...
Read More