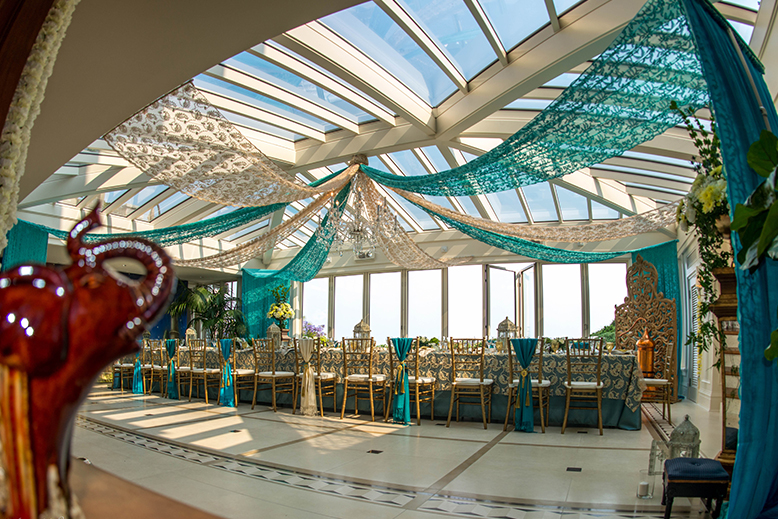 Vikram Vij leans in beside me on a soft, teal chair on the stunning waterfront patio. The large outdoor kitchen behind us conjures images of sumptuous grilling garden parties and luxurious open-air brunches. He is sharing his vision behind the elaborate five-course dinner he is creating tonight for an intimate Power To Be fundraising dinner at Ali and Peter Gustavson’s in the Uplands, Victoria, British Columbia. 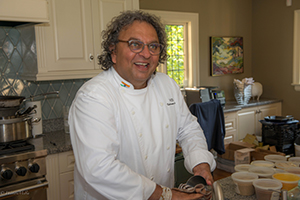 “We will be presenting dishes that are eaten around family tables in India, and we will serve them family-style. Power To Be is about connection and about community, so this is an obvious fit,” he says. “When people eat multi-course plated dinners, they keep their heads down. Here, we are building community with the ‘can you pass me that?’ and ‘may I have more of that?’ That is real connection.”

I have been curious and excited to share space with the Vikram Vij, celebrated chef, author, television personality, supporter of the sustainable food movement, Tedx speaker. Indian-born Canadian chef, Vikram opened the fine-dining restaurant, Vij’s in 1984 in Vancouver, soon joined in business by his (now ex)-wife Meeru. Fiercely driven, he had a goal of five thriving businesses by 50. Indeed, by 50 Vikram had Vij’s, Rangoli, My Shanti, Vij’s at Home prepared curries and Vij’s Railway Express. He is a force, and yet, speaking with and listening to him is fluid and relaxing. He exudes a compelling depth and understanding of not what he thinks is important, but what is important. There is also a joy about him when we discuss food. 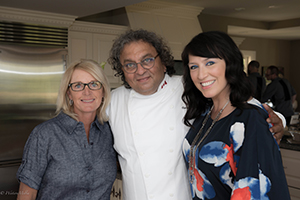 “There will be no butter chicken,” he quips. I adore a good butter chicken, but I appreciate that he infers that guests will explore and enjoy a lavish unexpected meal loaded with flavour and intention. There will be Chicken Korma, which hearkens back to when he first opened Vij’s. His mother would cook the korma at her house and bring it to the restaurant. “The recipe is not quite the same, but the story remains,” he shares.

For more info on Power To Be visit their website

The article on L’Apéro in the May|June issue should have stated Chef Andrea Maiolo staged at The Courtney Room and Zambri’s and that he held the ...
Read More
May|June issue on the stands. Read ...
Read More
Nita Lake Lodge proudly relaunched its Cure lounge just in time for some fun in the sun during Canada’s 150th summer. Built in 2008, Nita Lake ...
Read More