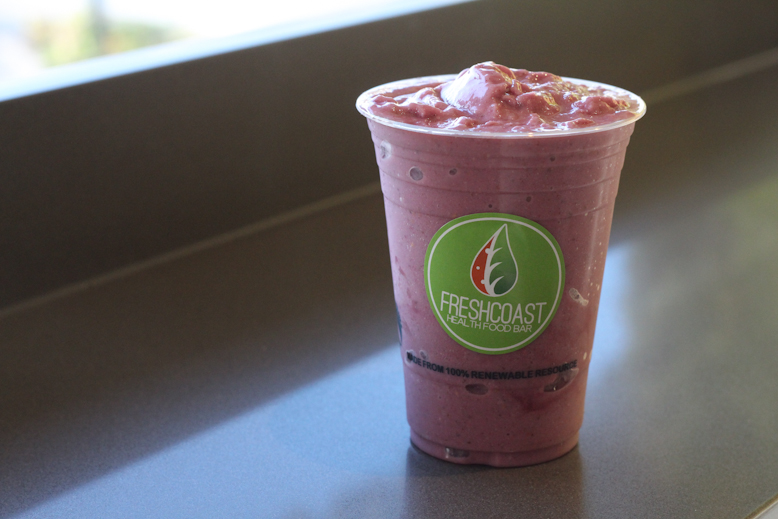 Josh Kalef wanted to build a frozen yogurt empire. In 2013 he opened Kulture. The frozen yogurt craze hadn’t reached peak capacity yet, Kalef was golden. His Saanich location— nestled in a shopping mall at the busy Cedar Hill Cross and Shelbourne intersection— had potential to reach a wide consumer base, especially UVic students.

“I wanted to be in the frozen yogurt business because it was trendy and it had high margins,” says Kalef.

The product was good. Frozen yogurt made with Tree Island Yogurt from Courtenay and a smattering of toppings (everything from sliced almonds to gummy candy). Soon other frozen yogurt purveyors moved into the neighbourhood. 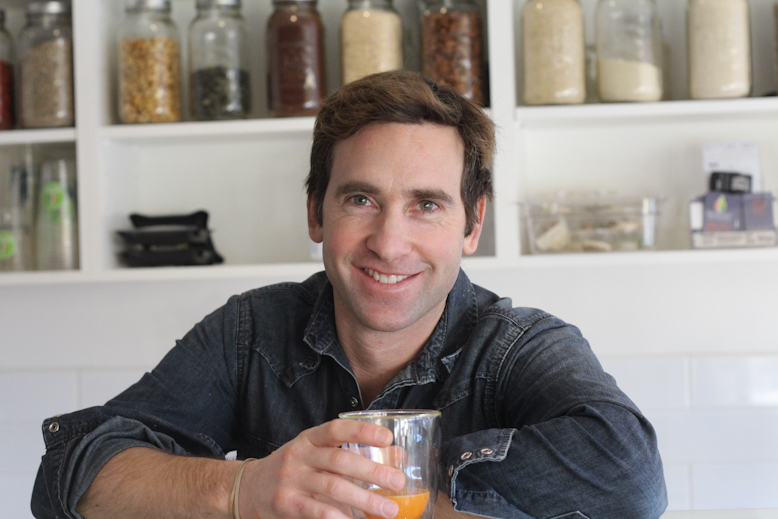 “Frozen yogurt is a destination meal. It relies on walk-by traffic, either downtown or in a mall, so it was difficult to get customers to consistently visit our location,” says Kalef. “Why don’t we create a new brand that pairs well with frozen yogurt, yet still healthy?”

Fresh Coast health food bar was born out of that thought. Not rebranding, but co-branding.

Cosmo Meens, formally of Mo:le and Café Bliss and currently at the helm of the Hot and Cold Café , was brought on as a consultant. Meens developed the entire Fresh Coast menu with a focus on plant-based ingredients. While the salads and wraps incorporate whole wheat and protein components (chicken, shrimp and fish), the majority of smoothies and cold pressed juices are vegan.

“We’re not doing 100 per cent organic. It’s organic when available. Organic is an overused term. Organic produce from California may not be better than a local grower on the island,” says Kalef. Fresh Coast sources local produce from SPUD and the Root Cellar. 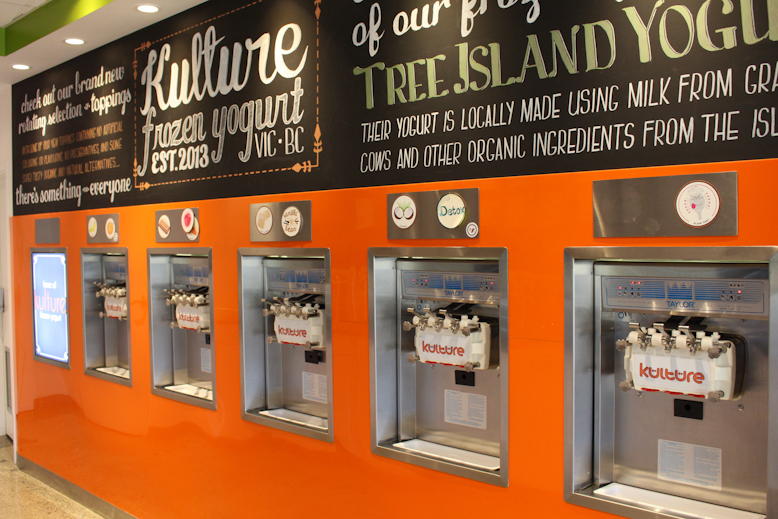 Similar to Kulture’s self-serve frozen yogurt, the cold press juice is on tap, saving time for the customer when ordering. This method also cuts down on the amount of waste. Cold pressed juice has a three-day spoilage window. 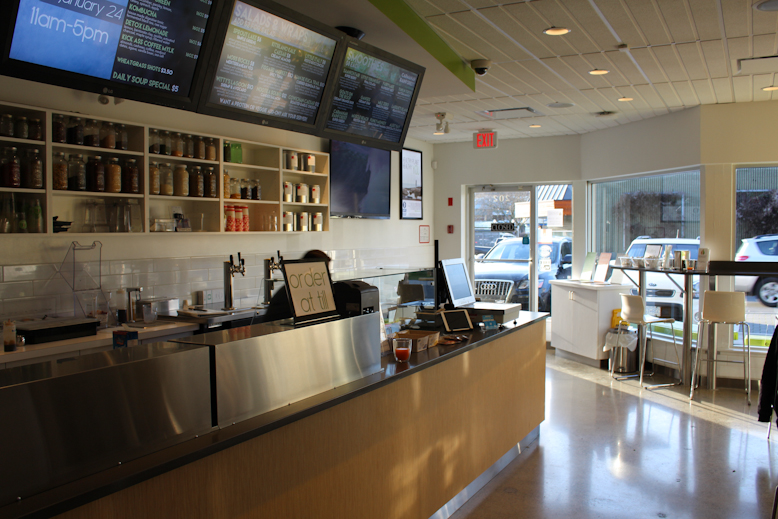 For now, Fresh Coast has two juices rotating through the tap: Perfect Green and Electric Orange. Perfect Green is — not surprisingly — packed with kale, celery, cucumber, spinach and parsley. Electric Orange is a blend of carrot, turmeric, pineapple, orange and red pepper. Sixteen ounces goes for $9, 32oz is $15.

Kombucha, iced tea, lemonade and almond mylk (all made in house) are also available.

While the menu plays a central role in the success of Fresh Coast, Kalef isn’t leaving any avenue unexplored. Local teens with large Instagram followings have been hired as social media representatives. A partnership with One Percent for the Planet donates one per cent of profits to charity. Takeaway containers are compostable or recyclable. Future goals include more locations, an expanded menu and collaborations with local grocery stores.