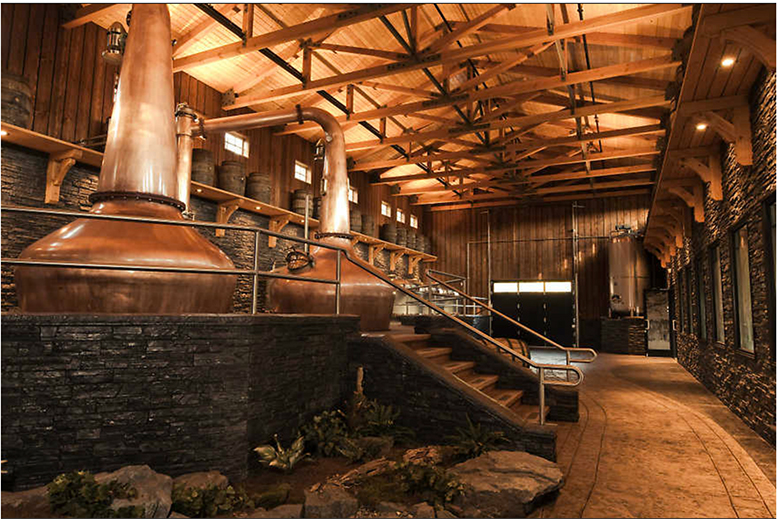 Join EAT on May 10th for BC Distilled

Walk through the aisles of your local liquor store and you’ll find plenty of local products on offer, from Okanagan wines to Victoria brews. But the liquor section in many places is still full of the massive distilleries around since the original Mad Men.

If this feels like a situation that needs to be rectified, don’t fret — though if you feel the urge to start your own distillery, you aren’t alone. That’s exactly what a few inspired people have begun doing all over the Pacific Northwest, from the Yukon to Vancouver Island and further down into Washington and Oregon.

“It’s amazing what’s going on now, they’re starting to pop up all over the place,” says Peter Hunt, Master Distiller at Victoria Spirits. “Six years ago there were not many offerings in the craft distilling world here in BC.” In 2008, Peter and his family started making the first premium craft gin in Canada, leading the way for many others. “I think that just having a few distilleries open their doors to show that it is possible and to spark people’s interest… People are really interested in distilling as an industry, and producing spirits captures peoples imagination,” says Peter.

As opposed to huge corporations like the Beam Inc. from the US (Maker’s Mark, Jim Beam, Canadian Club) or Diageo from the UK (Smirnoff, Ketel One, Crown Royal), craft distilleries produce small runs of artisanal spirits with their own unique flavours. “I think a craft distillery is generally one where you know its hands-on, it’s small in size, you’re making products that you’re tasting along the way, tweaking and adjusting things and making sure they meet the high standards of the master distiller,” says Peter.

Take Victoria Spirits for example. Their gluten-free Victoria Gin is hand-made in small batches at their distillery on Vancouver Island and has won excellent reviews in the National Post and Globe & Mail. “We use a German-made copper pot still that’s wood fired,” says Peter. “It’s quite a small still, 200 litres.” Peter painstakingly selects only the best botanicals and brews the gin using pure spring water from a well on-site.

It’s distilleries like this that organizer Alex Hamer is excited to promote in his upcoming BC Distilled festival. The event will feature sixteen different distilleries from all over BC and one from the Yukon, offering craft gin, vodka, whiskey, and other liquors and liqueurs. “It’s your first opportunity; if you want to try BC spirits all in one place, this is the event to do it at,” says Alex. “There’s a lot of different tasting events in Vancouver and BC and they’re usually wine, scotch, or beer focused; there’s never been an event where the focus is really BC spirits, and that’s why I wanted to do it.”

The craft distillery industry in BC has been growing rapidly thanks to some recent craft licensing changes in BC, as well as support from other distilleries leading the way in the United States. “The first distillery was Okanagan Spirits back in 2003, and really until the beginning of last year it was pretty stable,” says Alex. “There was a new one here or there, but since then, according to my count we have eight opening up. So it’s almost doubled, and I think this year we’ll see three to four open up which will double the number we had a few years ago.”

Support for the festival has been very strong, especially from Vancouver’s food community, some of whom are providing amazing food for the event: Grain Tasting Bar, Forage and Edible Canada to name a few.

“It’s been awesome. Ticket sales have been amazing, I’m quite convinced I’ll sell out, and the media response has been fantastic, lots and lots of interest, and the response from the distillers has been fantastic,” says Alex. “They’re looking forward to it and think they appreciate the opportunity to come out and participate in an event where they’re the showcase. I couldn’t hope for a better response.”

BC Distilled is happening May 10th from 6-9 pm at CBC Studios, 700 Hamilton St. in Vancouver. Tickets and more info are all available at their website.

Watch these pages for a report on BC’s first distillery festival.

July|August issue on the stands. Read ...
Read More
Grenache is one of the most widely planted red wine grapes planted on the globe, which would explain the vast variety of synonyms - Garnacha, ...
Read More