Gold Medal Plates is the ultimate celebration of Canadian Excellence in cuisine, wine, entertainment, and athletic achievement. Founded in 2003, Gold Medal Plates has so far raised over $7.4 million for the Canadian Olympic Foundation which supports Canadian Olympic athletes. Eleven cities nationwide will host regional chefs who’ll compete for gold, silver, and bronze medals—creating a dish and pairing it with a premier Canadian wine, beer, or spirit. The winning chef from each region will then advance to compete at the Gold Medal Plates Finale on February 7 – 8, 2014 in Kelowna, BC.

This year, Victoria has been selected to represent the West Coast leg of the competition to be held on November 7, 2013 at the Victoria Conference Centre. 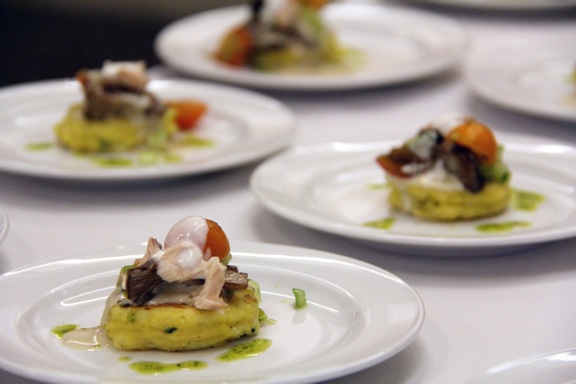 There will be a VIP reception for guests to sip and sample products from over ninety of the nation’s finest winemakers, brewers and distillers. Canadian Olympic athletes will host corporate tables and share their remarkable stories as featured speakers. Jim Cuddy, lead singer of Blue Rodeo, is the Gold Medal Plates National Entertainment Advisor, and he has put together a great Canadian line-up—performers Sam Roberts, Barney Bentall, Ed Robertson, Alan Doyle, and Anne Lindsay, as well as Jim Cuddy himself, have signed on. International trips are auctioned off at each event— auction winners travel to various desirable destinations, accompanied by Canadian Olympic athletes and Canadian entertainers, for week long adventures that combine great food, wine, conversation, and activity. Two of the featured destinations this year are Scotland or Argentina.

The goal of Gold Medal Plates is to raise substantial funds for Canada’s high performance athletes. As Canadian Olympian Simon Whitfield told us, “It’s very exciting to see this event come to our great city and celebrate the incredible caliber of chefs that we have here on the West Coast. The support of Gold Medal Plates has truly made a real difference for our athletes and their preparation for the Olympic Games.” Don’t miss this chance to help our athletes, enjoy a fun evening, and bid on a wonderful travel auction item.

Individual tickets are $300.  See the website for corporate and benefactor information. Tickets available online at www.goldmedalplates.com 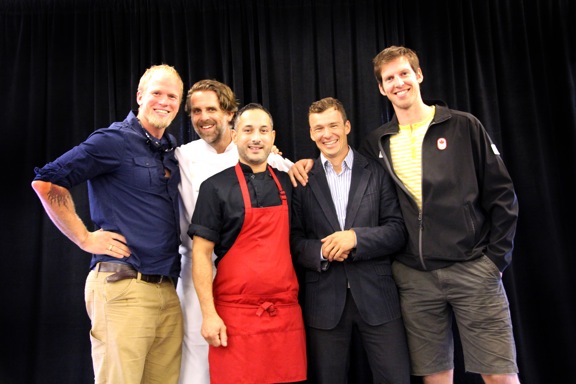 November | December issue on the stands. Read ...
Read More
For the ninth year in a row Rancho Vignola is setting up its Vancouver Island Harvest Sale here at the Mary Winspear Center in Sidney. Many of ...
Read More
Season’s Greetings EAT readers! We at EAT are looking forward to all the wonderful seasonal baking on offer around the city. One of the great joys ...
Read More
Masterclass Candied Citrus Holiday ...
Read More
Call it the fatty Madonna of the cured meat world. Bacon is more popular than ever, its ever-expanding sphere of influence showing no sign of ...
Read More