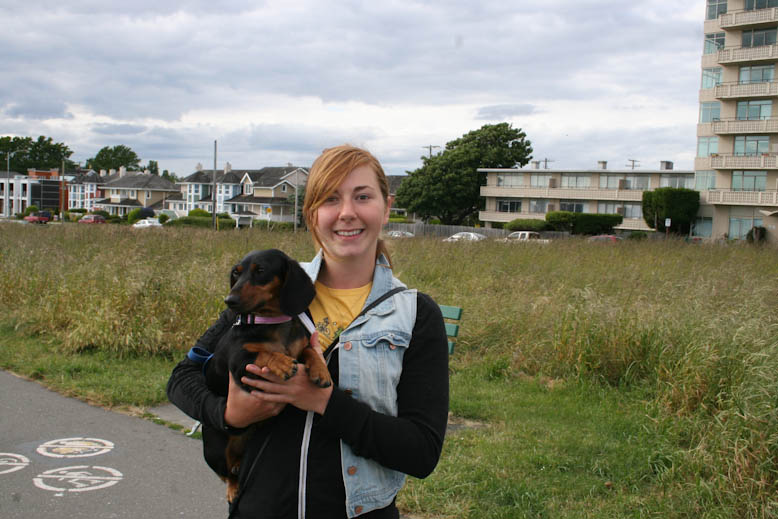 This is the second of what we hope to be many “on the street” pieces. You can read Adam’s first edition here.

Eat Magazine, undeterred by my last exchange with the public at large, sent me out into the streets once again to ask Victorians what they were having for dinner. This time, it was my mandate to go to Dallas Road and meet some dog walkers. How wonderful the photos of people and their dogs will look with the golden light of evening washing over us from the ocean, they told me. I thought I would give it a shot, anyhow, to see what happened.

Amanda is the only dog walker I could get to talk to me on Dallas road. I stopped a lot of people, yet all but one shrunk away in terror when I strode forward with my pen and pad in hand. I called a friend in despair and commiseration and she immediately asked how I was dressed.  “I don’t know what you are implying,” I told her, “I am wearing a tuxedo and carrying a glass of scotch. I look like a bearded Frank Sinatra.  People should talk to me!”

Yet people did not talk to me. They backed away slowly with their growling dogs snapping at the ends of their leashes. Walking dogs on Dallas Road is serious business, apparently. No time to stop and talk to strangers. But back to Amanda…

Amanda’s dog is named Junebug, a sausage dog. That’s the scientific name for them, anyhow. The last good dinner she ate was the won ton soup at the James Bay Fish and Chips place. She says she liked it because it was “fresh and good”. 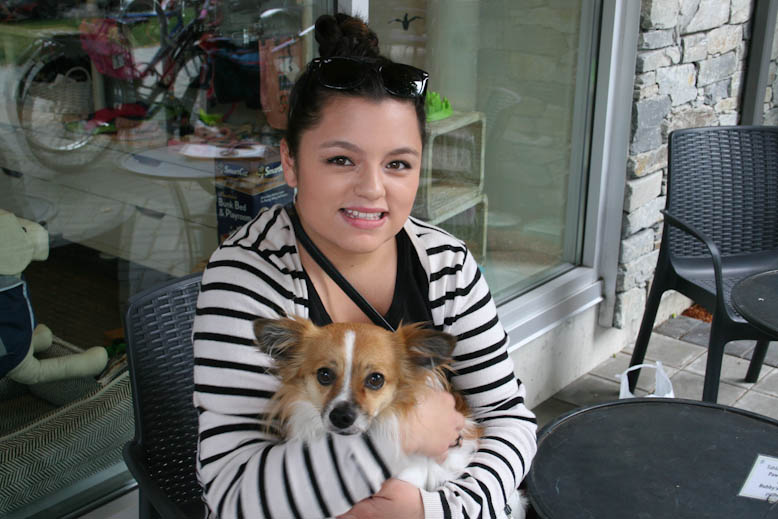 I started to make my way up Cook Street, where I met Kristy and her dog, a papillion chihuahua named Charlie. The last good dinner she had was a chicken burger with chipotle and jalapeño peppers, courtesy of Bin 4. I asked Kristy if she has some kind of Mexican fetish going, what with the dog and the burger and all. She denies this and says she likes everything from everywhere. Sure thing, Kristy. 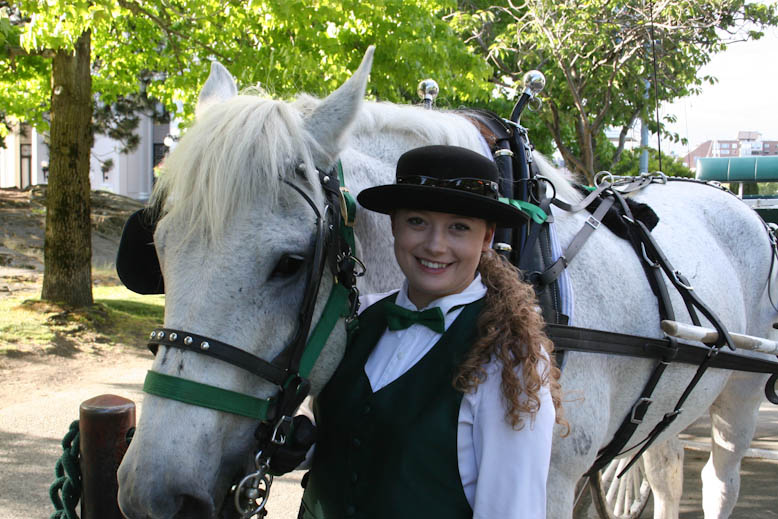 Not able to decide if I should go back to Dallas Road or not, I walked along the legislature buildings where I met Hannah. Hannah was hanging out with the largest dog I had ever seen. It was so big that she was able to use it to pull tourists around in a carriage. Hanna claims that her dog is a Percheron and that its name is Molly.

The last good thing Hannah had for dinner was the “Hemmingway Short Story,” at Pagliacci’s.  Hemmingway’s Short Story consists of beef tortellini with ricotta in a cream sauce with scallions and bacon. Hannah is talking my language here. Carbonera is god’s gift to the tongue. I’m writing this part of the review in short manly sentences. It feels good to write like Hemmingway. I feel like a man. It feels good to feel like a man. I’m going to grab a wineskin full of Pernod and go out to stab some bulls. 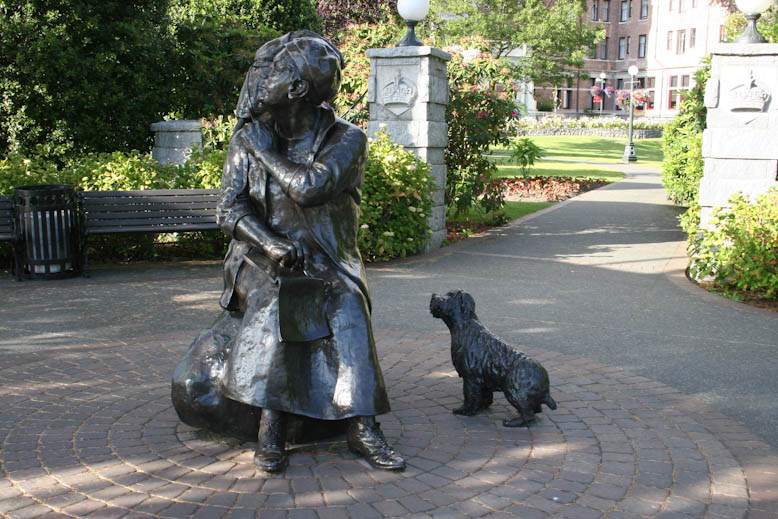 I run into Emily in front of the Empress Hotel. She has a little dog with her. I didn’t catch the dog’s name, but when I ask what kind of dog it is she tells me it is a bronze one. I ask her what she had for dinner and she says she has no time to eat. She is too busy being the patron saint of BC girls in knitted hats. 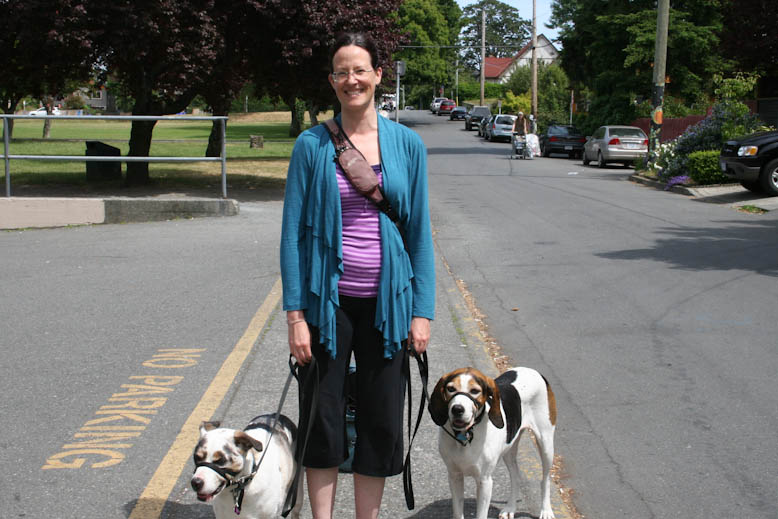 I meet Tanya in Fernwood (having long given up on James Bay).  She has two dogs with her.  Jude, on the left, is a mutt. Bella, on the right, is possibly a walker hound, but no one is sure because she was a dog rescued from dire circumstances. Tanya’s last good dinner was a homemade special: crispy tofu with a spicy vinaigrette and a delicious salad on the side. Thank you, Tanya. Thank you for being the kind of person who makes great tofu and rescues dogs.

I’ve always been more of a cat person, honestly.

It’s thrilling to live on an island, surrounded by clean ocean waters. The spectacle of herring spawning in spring and ruddy salmon fighting up ...
Read More