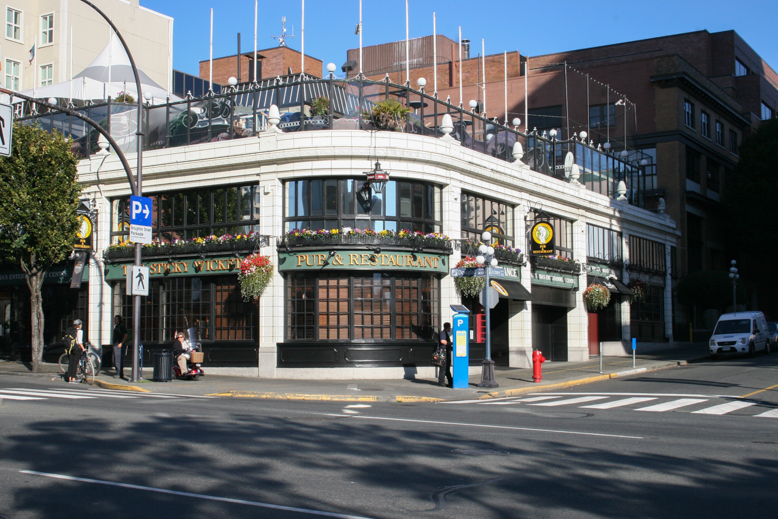 The Strathcona Hotel pretty much offers a little something for everybody under one roof.  There is a family restaurant, a blues bar, a nightclub, and even an imaginary beach complete with volleyball.  If you pass by at night it might seem like a real party, with young and gorgeous people lined up along the sidewalk to get into the club.  During the day, it’s a quiet place to stop in for a pint or for some traditional pub fare.  I stopped in to visit with chef Peter DeBruyn to see what was new with the menu at the Sticky Wicket.

DeBruyn, now a red seal chef, has worked around Victoria for years and has earned his stripes at a variety of different places.  I ask DeBruyn to run down a few of the items on the menu that it would be worth trying, if one happened to drop in for a bite.

One highlight is the Bison Burger. The bison was off the menu for a long time, but now it’s back.  Local and organic, the difference is that the restaurant now charges according to the actual cost of serving organic bison.  The cost is slightly more than a regular burger, but the richness of the bison’s flavour makes this a dish worth trying.

Another highlight is the Spinach Salad, made with roasted beets, red onion, shaved fennel, poached pears, blue cheese, and walnuts.  This autumn classic is a product of a kitchen where DeBruyn encourages everyone in his kitchen to invent interesting new dishes and try them out on the customers.  It is not only a kitchen, but also an apprenticeship. And though I didn’t try one this time, DeBruyn also says he is proud of the pizzas at the Sticky Wicket. 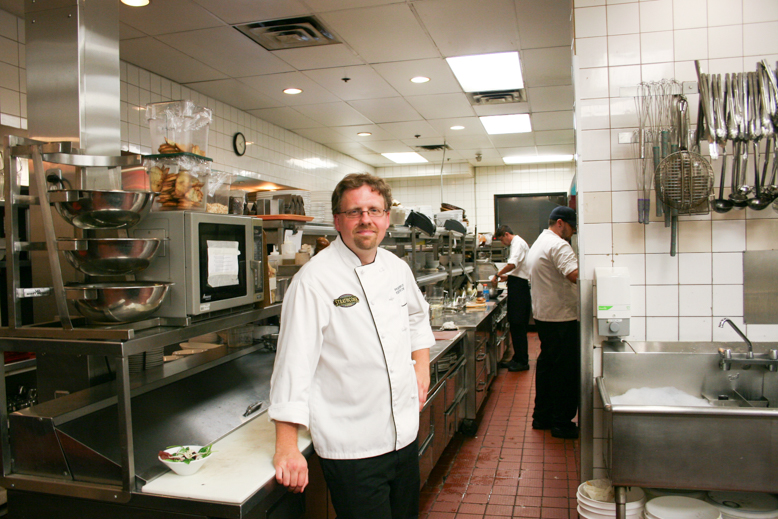 Like many places that I have covered here in Victoria, The Sticky Wicket’s kitchen has gone through a transition in the near decade that DeBruyn has been in charge.  Where once they worked only with large distributors and packers, they now try to work locally and to serve the freshest ingredients they can when they are able to.  This is part of a region-wide shift, I would say, that is turning Victoria into a place with a unique culinary personality.

DeBruyn’s philosophy is that, regardless of whether someone comes in for a business lunch or comes in late at night with most senses subdued by Dionysus, the final impression ought to be that it was a delicious meal.  Don’t take my word for it, though, go in and try something today.