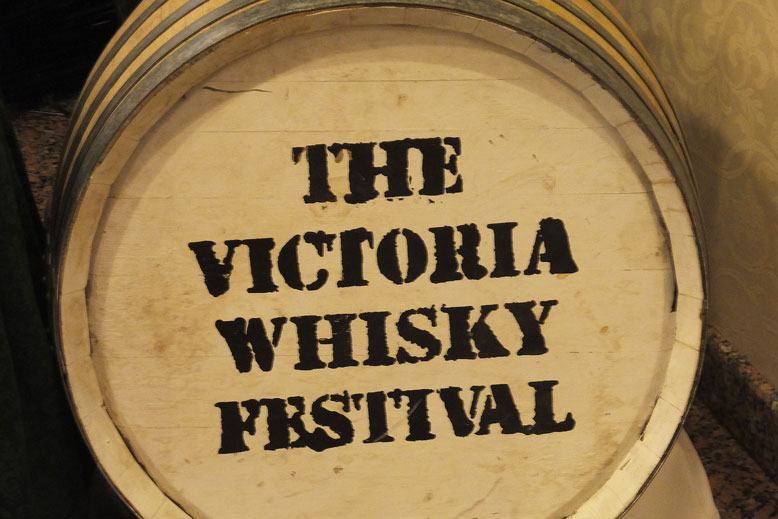 Victoria’s ever-popular annual Whisky Festival took place at the Hotel Grand Pacific January 15th – 18th. With a series of master classes and a grand tasting, the lobby was buzzing with excited whisky-lovers when I met up with Don Livermore, Master Blender for J.P. Wiser’s, to discuss Canadian whisky, history, and skunky beer.

Livermore is a man with a story to tell. His argues passionately that we Canadians should take pride in our whiskies and their rich history. He points to the early Canadian whisky barons – J.P. Wiser, Hiram Walker, Henry Corby and Gooderham & Worts, as the pioneers that laid the foundation. In the mid-1800s they adopted double distillation to make a much lighter, 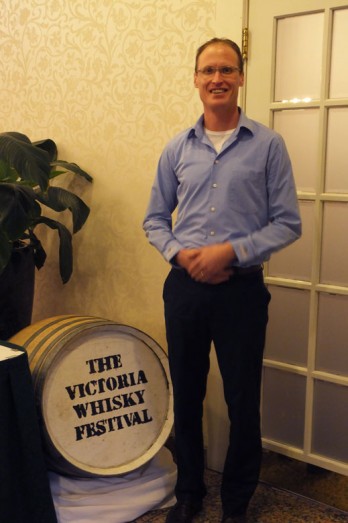 smoother spirit. It was a very different product to the harsh moonshine that was the only competition at the time. The new whisky caught on and the whisky barons flourished—so well, in fact, that they were among the highest taxpayers in the early 1900s, making huge contributions to building railroads, libraries, and schools. Livermore jokes (almost) about lobbying to have the barons’ pictures added to the ten-dollar bill.

So, what makes Canadian whisky different from all those other whiskies? Livermore boils it down to one word, “innovation”. He notes that relatively loose regulations allow distilleries to be very creative in crafting Canadian whiskies. At J.P. Wiser’s, Livermore uses wheat, corn, barley, and rye and follows the standard Canadian whisky model of fermenting, distilling, and aging each grain separately. This gives huge flexibility and Livermore acknowledges that the downside is that it’s impossible to nail down the profile of a Canadian whisky. It would even be hard to tell that a flight of whiskies all come from the same distillery.

Livermore is a man of science; he holds a B.Sc. in microbiology, and a M.Sc. and a PhD in Brewing and Distilling. He’s impressive and clearly in his comfort zone when he’s talking about yeasts, the effect of fermentation temperatures, scientific analyses, and unpronounceable compounds. I asked him about the role of art in being a master blender. He sees the art as being able to interpret what the customer wants and the science as the means to translate that into reality. For instance, Livermore would translate a wine drinker’s request for a whisky as wanting a smoother, rounder style and would suggest the Pike Creek whisky, which is double distilled for smoothness, aged in port barrels for fullness, and doesn’t include any rye (which would add spicy notes).

What does a Master Blender blend when it comes to cocktails? Manhattans, made with Wiser’s Legacy whisky, vermouth, and either rhubarb bitters or a dash of orange bitters. Livermore also enjoys a glass of Californian zinfandel or petit syrah, Canadian or New Zealand sauvignon blanc or chardonnay, and even a sparkling Moscato on a sunny afternoon in Windsor. When it comes to beers, Livermore is a committed can drinker. Ever the scientist, he explains that there is a chemical reaction that happens in the glass bottle that results in mercaptans – volatile sulphur compounds – that give cabbage, rubbery, skunky smells. He admits to testing his friends by giving them the same beer from a can and a bottle to see which they prefer. Apparently, cans win every time. I see some experiments in my kitchen coming up.

What’s next for Livermore and Wiser’s? Grains, gin, yeasts, and billboards. Livermore sees the next wave of innovation coming from an increased focus on the source of grain. The concept of “terroir” is common in the wine world, but is only in its infancy in spirits and there is much research to be done. Livermore is also experimenting with gin and hopes that a gin renaissance is coming. A third project Livermore is considering is to play with the yeast strains that come from the barrels used at the distillery in the 1930s. A more concrete project is to build an experiential Wiser Brand Centre in Windsor that will serve as homage to Canadian whisky. Livermore’s big dream is to have a billboard pointing to the Wiser’s Brand Centre at an exit on the new bridge that will connect Detroit and Windsor. A fitting dream for a man with a story to tell.

The article on L’Apéro in the May|June issue should have stated Chef Andrea Maiolo staged at The Courtney Room and Zambri’s and that he held the ...
Read More
May|June issue on the stands. Read ...
Read More
Chili   Serves 4-6 This is my favorite recipe to make on the first long day of teaming rain in the fall. The lengthy simmering and stewing times ...
Read More