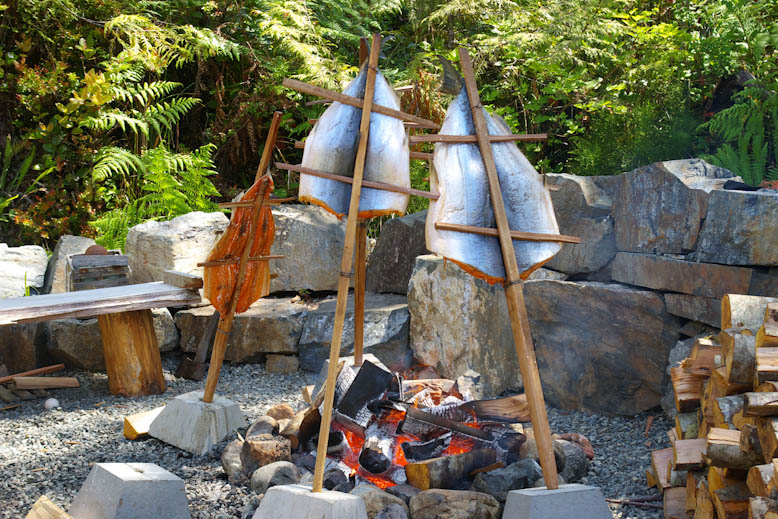 Transition of 17 salmon farms out of Broughton archipelago a win for wild salmon, reconciliation

Press Release David Suzuki Foundation  – Today’s decision by the government of British Columbia to transition 17 salmon farm sites out of the Broughton archipelago will help reduce risks to wild salmon populations in the area, and represents a significant step forward for nation-to-nation land-use negotiations in Canada.

Today, the B.C. government and the three involved First Nations endorsed a series of recommendations, including:

Recent federal government research has confirmed that migrating juvenile wild Pacific salmon are vulnerable to diseases transmitted from open net-pen fish farms. The research also raised concerns that escaped farmed salmon infected with piscine reovirus could transmit it to wild fish. In April, Canada’s Commissioner of the Environment and Sustainable Development found that the federal Department of Fisheries and Oceans is not monitoring wild fish health, and concluded it is not doing enough to manage risks associated with salmon farms.

“The science is clear: These ocean-based farms pose a risk to wild salmon. But it is a risk we can manage,” Ritchlin said. “Wild salmon recovery is extremely important to the health of ecosystems and Indigenous culture. We need to make sure efforts to restore wild salmon habitat and increase their survival take priority over potentially counterproductive distractions like hatchery-based enhancement.”

Last week, the scientific advisory panel that assesses the status of Canada’s wildlife recommended listing Fraser River chinook salmon as endangered under the Species at Risk Act. A lack of chinook salmon has been linked to the plight of the 74 remaining southern resident orcas. The foundation is urging government to conduct more extensive research on the potential effects of aquaculture on the recovery of chinook salmon and enact regulations to limit risks to these wild fish.

“We’ll continue to bring forward the latest, most credible science on risks to wild Pacific salmon populations, urging governments to get these ocean-based farms out of the way of wild salmon,” Ritchlin said. “The health of the salmon, orcas and strong Indigenous culture in B.C. depend on it.”

May|June issue on the stands. Read ...
Read More
Your cast iron deserves to be pampered, so here is a method for sealing your pans to keep them in tip-top condition. Got an old pan? Just found a ...
Read More
Our apologies for an omission in this recipe in the Dec|Jan issue. In the instructions for making the filling, we neglected to add the milk to the ...
Read More
Try the iconic Valencian dish as a hearty fall soup brimming with seafood and chorizo.   We were going through a heat wave in Victoria when I ...
Read More
That crisp edge in the fall air stirs up a craving for comfort that sometimes only a stack of hot pancakes can deliver. So get your cast-iron pan ...
Read More
A delicious homemade bread is always a welcome treat that can really set the mood for a good day. This is an approachable recipe to bring to holiday ...
Read More