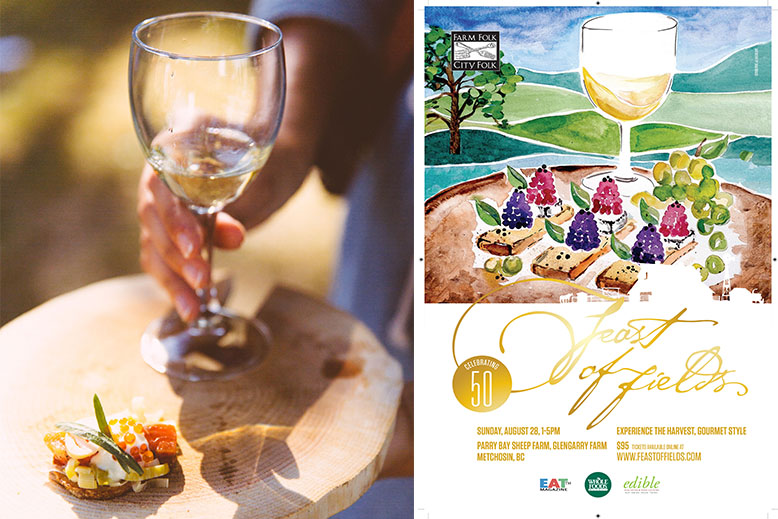 The 19th annual Vancouver Island Feast of Fields will be celebrated this year on August 28 at the historic ocean-side Glengarry Farm (Est. 1856) in Metchosin.  The farm, owned by Douglas Ruth, is comprised of rolling pastoral land and statuesque Garry Oak trees, stretching from William Head Road to the Pacific Ocean at the foot of Taylor Road.

For the past 30 years, Ruth has leased his pastureland to Metchosin farmers John and Lorraine Buchanan of Parry Bay Sheep Farm, gracious host’s of the 2010 Feast of Fields. The Buchanan’s pasture their sheep at Glenngarry Farm (and several other locations on the island) in the spring and harvest grain in the summer. The farm provides lamb year round to butcher shops, markets and restaurants in Victoria. Their wheat is grown cooperatively with Stillmeadow Farm and is used by Portofino and Wild Fire Bakeries.

After a brief tour of Glengarry Farm, it’s understandable how this year’s location was once largely influential in Emily Carr’s work; The painting Mrs Jones’ Farm, c. 1938 (on display at the Vancouver Art Gallery) was inspired by Carr’s visit’s to the Metchosin farm. Ruth’s late wife Gretta was the granddaughter of Mrs. Jones, the woman titled in the painting. As story goes, Carr would park her camping trailer – known as the Elephant – at the Glengarry Farm while she painted.

Guests to this year’s event will likely feel that same inspiration through the untouched beauty othis farm. In his 51 years at Glengarry Farm, Ruth has maintained his commitment to preserving the land and continuing to run it as a pastoral farm.

True to form, participants at Feast of Fields 2016 can once again anticipate gourmet creations from the Islands finest chefs, farmers, fishers, ranchers, artisans, brewers, distillers and wine makers. The Village Butcher and The Whole Beast will have lamb on a spit from Parry Bay Farm. The cool ocean breezes should also be a nice welcome with the event occurring earlier this year on August 28th from 1:00 – 5:00pm.

This is truly one of Vancouver Island’s finest local food celebrations; a four-hour wandering festival not to be missed. With a wine glass and linen napkin in hand, sampling delicious, fresh bites under grand Garry Oaks with an ocean backdrop – what could be better? 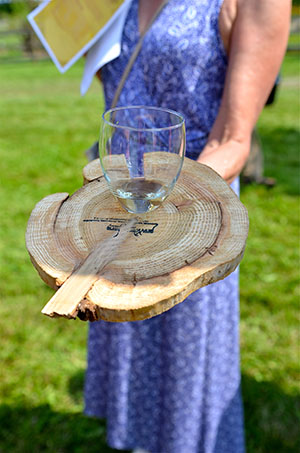 WOULD YOU LIKE A CHANCE TO WIN TWO TICKETS TO THIS YEARS FEAST OF FIELDS AT GLENGARY FARM?

Simply answer this question and email us at editor@eatmagazine.ca and you will be entered in the draw.

Question: What animals are raised on Glengary Farm?

Email your answer no later than midnight, Thursday Aug 4 and you will be entered into the draw. Please include your name and email address. The winner will be contacted by email and announced on the EAT Facebook page.

The Contest in Now Closed.

To purchase tickets to this year’s Vancouver Island Feast of Fields go online to http://www.feastoffields.com/vancouver-island/ or visit The Whole Beast or Spinnakers Gastropub.

The article on L’Apéro in the May|June issue should have stated Chef Andrea Maiolo staged at The Courtney Room and Zambri’s and that he held the ...
Read More
May|June issue on the stands. Read ...
Read More
Chilled Blueberry Soup  from Cooking at My House (Douglas & McIntyre 1999) John Bishop (Bishop’s Restaurant) Serves 6-8   Ingredients: ...
Read More