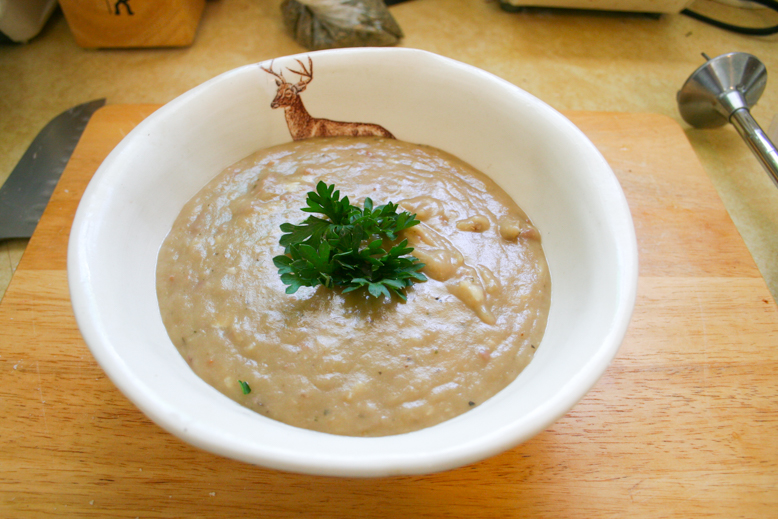 The secret to many of the hearty warming soups eaten in the winter is the three part process of making the soup, blending it, and returning it to the pot. Pouring the hot soup into a blender can be made much easier by working with an immersion blender; a blender that mixes the soup right in the pot. For a long time, the industry standard for immersion blenders was the Braun, but this model has been discontinued, and has generally been replaced by the bamix. There are still perfectly functional Brauns and other models available at thrift stores, but in order to test a professional model, I obtained a bamix from Cook Culture in order to make one of my winter favourites, the Potato Leek Soup.

Note: as usual, I tend to approximate my measurements when I am cooking, based on how much I have and how much I feel I should put in. I realize this is extremely vexing to people who meticulously follow recipes, but the fact is is that I didn’t measure, and I cannot therefore, tell you how much of anything I used. 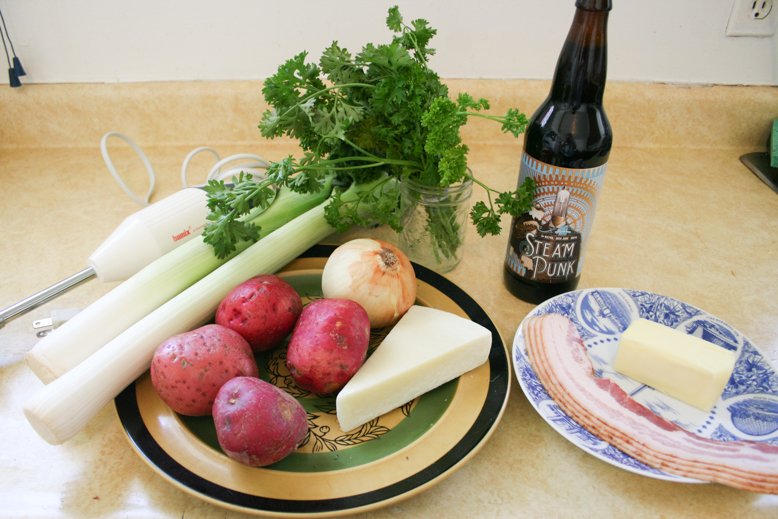 Potatoes (in this case BC red potatoes)

Longwood’s Steam Punk beer (although one could substitute wine, or regular stock).

Begin by frying the bacon until it is crispy. Set it aside.  Keep the bacon fat in the skillet. Meanwhile, cut the leeks into ½ inch circles and put them in a colander, washing them thoroughly. Leeks are often quite packed with dirt when they come out of the ground, so be sure to wash them thoroughly. 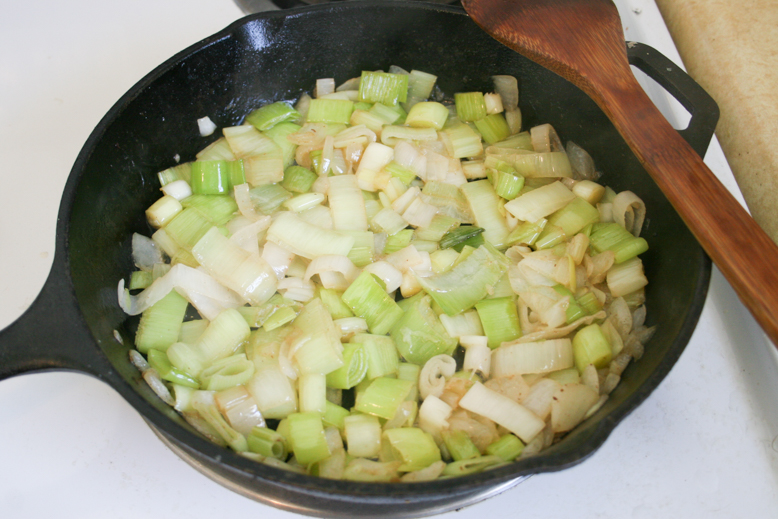 After the leeks are clean, put them into the skillet with the bacon fat, along with some butter (again to taste) pre-heated. Add the chopped onions and cook over low heat until everything gets soft.  The main point here is not to let the leeks or onions burn. Instead they should get soft and translucent. Be patient with this step —  the reward will be in the flavour.

I keep my soup pot (in this case an old Presto Pressure Cooker from the 1960s my grandmother gave me — easy to find at Value Village) warm and ready on the stove. When the leeks are done I transfer them into the pot. Meanwhile, I then cook some minced garlic for about 30 seconds in the now empty skillet, and then add the garlic to the soup pot. I add roughly chopped potatoes and herbs to the pot and pour the beer (and water if needed) over everything and let it boil. Simmer until the potatoes are cooked. 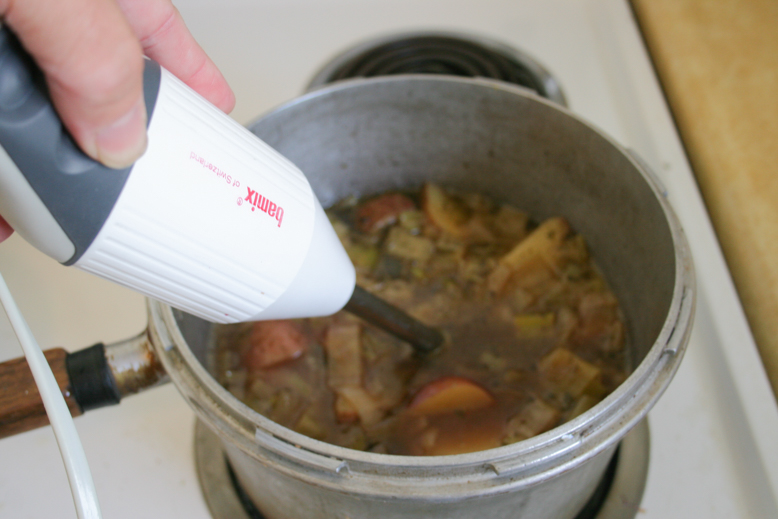 Now it’s time to blend. Work the blender around in the soup until everything is creamy and consistent.  At this point you can add the shredded Romano cheese, and also the bacon bits that you have crumbled or chopped. These will add both saltiness and texture to the soup, but if these are not salty enough you can add salt, or pepper if that is your fetish.  At this point the soup ought to be the right temperature to serve. Then, top it off with a sprig of parsley and send it to the table. The melting Romano cheese and bacon will add a lovely surprise. I plan to serve the batch I just made with some homemade olive bread, which I’ll get to after I finish this article.

This soup makes an excellent weekend afternoon bone warmer on chilly fall or winter afternoons, especially after just getting home from a brisk outing.  If you don’t have an immersion blender, you can easily work with the traditional kind; it just involves a bit more pouring and cooling/reheating.

The article on L’Apéro in the May|June issue should have stated Chef Andrea Maiolo staged at The Courtney Room and Zambri’s and that he held the ...
Read More
May|June issue on the stands. Read ...
Read More
From tuna sashimi to instant ramen, Japanese cuisine thrives in Western Canada. Victorians experience few barriers in accessibility to original ...
Read More