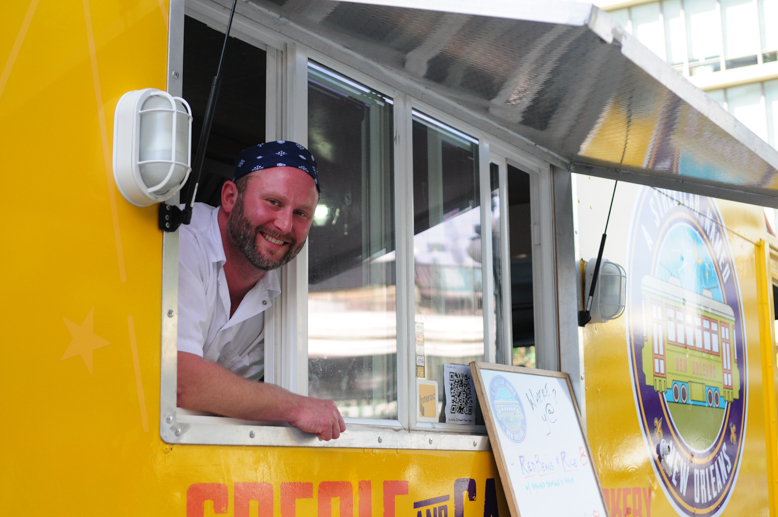 Way back in the strangest of times that was April 2014, a roommate of mine made gumbo. Offering me a bowl, I inspected the meal at hand: chicken, shrimp, sausage, tomato, onion, garlic — “baby you got a stew goin!” I told him. I ate the bowl, and then another, and then most of the gumbo that, he had thought, would constitute his lunch for the next few days. As I am wont to do, I got really into gumbo really quickly and, on a warm spring evening, triumphantly declared that summer as “THE SUMMER OF GUMBO!”

Truth be told, I didn’t make gumbo even once that summer — I completely forgot about it thanks to an impenetrable haze of academia, Donkey Kong Country, cycling, and Frasier reruns. Plus, I also declared (sometime in May) it to be the summer of asceticism, and, even later, the summer of oatmeal. Much like summer 2013 (the summer of kimchi), it didn’t pan out. Never declare anything to be the summer of anything — it’s a curse.

The point is, I love gumbo: it’s rich, meaty, it has that unique toasty texture, and it’s a truly satisfying thing combined with a dollop of white rice. It can be a tricky devil to make, however, and in Victoria it’s not easy to find when out on the town. Creole and Cajun food is a funny thing — hop on the clipper and hit Seattle, and you’ll find Creole food trucks and restaurants galore. In Victoria? Nothing, non-existence, zilch.

I was excited, then, to come across A Streetcar Named New Orleans recently while grabbing a coffee at Heist on Courtney Street. Open since mid-June of this year, A Streetcar Named Orleans is the work of Billy Rieger. Born and raised in New Orleans, Billy was trained as a mechanical engineer but, after working as a dishwasher for a catering company, decided to try out the food thing. “I graduated and decided I wanted to cook,” he tells me. “I worked my way up through the ranks, and was lucky enough to get a job with Chef Frank Bryson — a great man in New Orleans who taught me everything. So I worked with him for about 10 years at Brigsten’s Restaurant.” 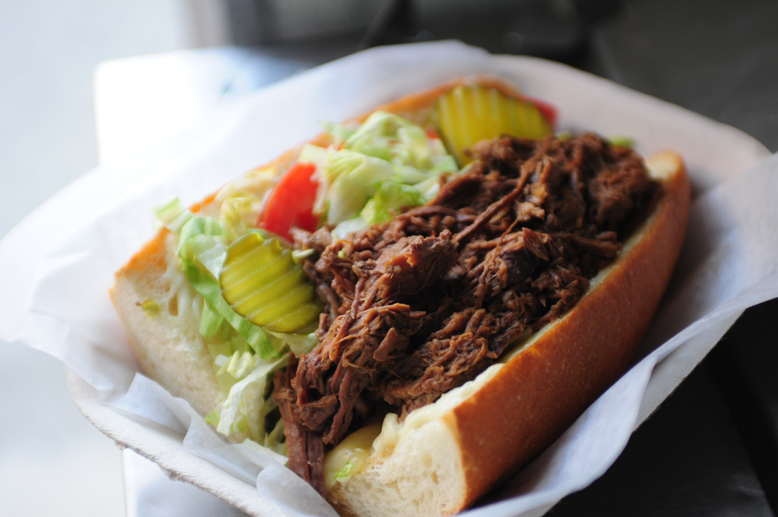 Billy’s menu is a simple one right now, composed of three dishes: A Roast Beef Po’Boy ($10), a Filé Gumbo ($8), and a Red Beans & Rice dish ($8). While reception and business have been solid so far, Billy is keen to step things up and expand: “My repertoire is a lot bigger, so I’d like to start doing different things when I can.” When I popped by, Billy had a Chicken and Andouille Filé Gumbo goin’. “Gumbo is usually made with Filé or Okra — they bring flavor and act as seasoning, but also as a thickener. I make a really dark roux to start.” It was a chilly fall day when I visited A Streetcar Named New Orleans yet, unlike other food trucks in Victoria, Billy isn’t shutting down come the rainy months. “In New Orleans, when it starts cooling off, it’s gumbo weather. So this [pointing skyward] is gumbo weather! Here [in Victoria] I’m hoping that people will come down for lunch on a cool rainy day, and warm up with some gumbo.” Winter of gumbo? I’m thinking so.

Amazingly, I didn’t sample the gumbo when I visited. Instead, I opted for the Roast Beef Po’Boy. Surprising, I know, but here in Victoria we’re entering some sandwich-crazed times, so I wanted to see how Billy’s Po’Boy stacked up. It’s a simple affair — a nice and crusty French roll houses a healthy slathering of mayonnaise, lettuce, tomato, a good dose of pickles, and Swiss cheese. Simple, yes, but it works really well. The roast beef is piled high and, truth be told, the sandwich cannot — will not — fold in half. You have to eat it kind of like a hot dog, which results in a bit of a big hot mess. “I always tell people that if it’s not dripping off your elbows, you’re not eating it right.” Given the liters of sauce I’ve dripped all over Billy’s truck counter, it sounds like I’ve got the hang of it.
The roast beef is excellent and, as Billy and I discuss, is a nice departure from the onslaught of pulled pork over the last five or so years. Buttery and so so juicy, the roast beef’s jus blends nicely with the mayo, creating a tangy, savory, almost Donair-like sauce. This a no-nonsense, rich, and satisfying item, and a welcome addition to the sandwich universe that is downtown Victoria.

I’m not sure if this is something specific to the Pacific Northwest, but I always thought a Po’Boy constituted a fried oyster sandwich, of sorts. Not so, not even close. Billy filled me in on the history of the Po’Boy: “The word Po’Boy comes from the streetcars in New Orleans. In 1929 there was a transit strike, and the drivers of the streetcars were left unpaid and pretty much on the street. There was a grocery that decided to take their side — this was a pretty heated time in the city — and they started feeding these strikers, and as they’d see them coming down the street they’d go ‘oh here comes another one of those po’boys,’ and they’d make them a sandwiches on crusty New Orleans style French bread. And that just took off — now it’s all over, it’s part of the culture. There’s a Po’Boy shop on every corner [in New Orleans], and there’s probably twenty, twenty-five ways you can have it — anything you can think of. Really, it’s just the French bread, the tomato, the lettuce, pickle, and mayo that make it a Po’Boy.” The more you know, folks, the more you know!

At $10 it’s not a bad deal, but if this were offered for a dollar or two less, it would be a helluva sandwich for the money. Keep an eye on the Po’Boys here — “I’d like to do a shrimp and oyster one,” Billy tells me, “but I don’t have a deep fryer yet. It’s in the works, though.” Fingers crossed for that. 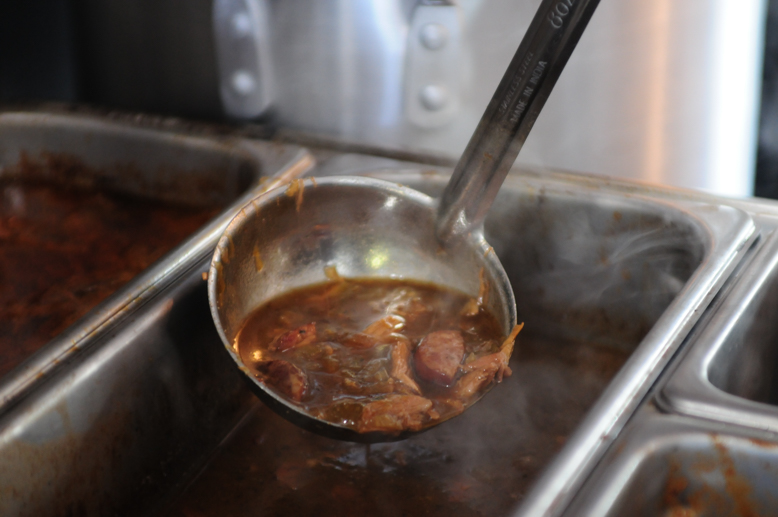 I’ll be seeing you soon, gumbo.

I’m pleased with A Streetcar Named New Orleans. Billy is clearly super knowledgeable and talented, and it’s great to finally see some quality Creole food here in Victoria. Sure, the menu isn’t extensive right now, but with the odd daily special here and there, there’s more than enough to keep me coming back. Plus, I get the impression that Billy is keen to expand the menu. I personally am excited for the “WINTER OF GUMBO!” and, after trying out the gumbo, I’ll tweet my thoughts (Twitter: @jonolafjohnson).

This rosy little number was named the “Wine of the Year” at Cornucopia, Whistler’s annual Celebration of wine and food that wrapped up today. ...
Read More