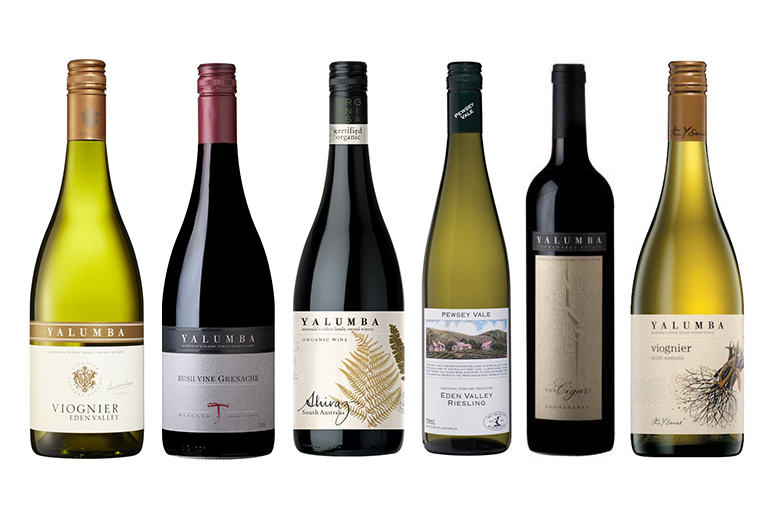 You, a young man and brewer with your four young children, set off from Dorset to sail around the known world to Australia, arriving in a wild land full of promise and peril. In 1849 you put down roots just beyond the south eastern boundary of Angaston, planting vines by moonlight with your son. Little did you know, Samuel Smith, that you’d be founding Australia’s longest family run winery, Yalumba, with your pluck and bravery and adventuresome foresight.

Today, more than 165 years later, Smith’s descandants still grow vines and make wine, and are universally credited for helping plant and grow Australia’s wine legacy. Fiercely independent up until today’s 5th generation Robert Hill-Smith, Yalumba has been an unbreakable thread in Australian wine history. Samuel Smith knew he had found a special place all those years ago; he named his patch of land “Yalumba“, in the aboriginal tongue for “all the land around”. 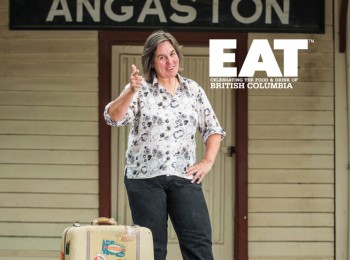 I have the honour and pleasure of introducing Yalumba’s veteran global ambassador, Jane Ferrari, to the Victoria Wine Festival later this month. Ferrari is hosting a Yalumba seminar as part of the inaugural festival and presenting a special comparative line up of Yalumba wines. For the past 14 years, Ferrari has travelled the world communicating the Yalumba wine story. She has rightfully gained a reputation for herself as an entertaining, instructive, vinous gospeller and wine educator. I first met Ferrari when she came to Victoria way back in 2003. In fact, it was the first wine dinner I ever attended in Victoria, and the first dinner that the Hotel Grand Pacific signature restaurant, The Mark, hosted. She was nearing the end of a month-long globetrot, and either from lack of sleep, or her wry humour, kept the room full of laughter and conversation well into the night. I well remember the theme of the evening: The Viognier Monologues, based on the hugely popular play The Vagina Monologues. Certainly not your typical wine dining theme, and jeans-clad Ferrari, full of colour in every sense of the hue and word, was not your typical stuffy winery host. Her style and personality is singular and memorable – and quite remarkable. In 2012 she won the Wine Communicator of the Year award and in 2013 was inducted into the Barons of the Barossa fellowship. She is a communicator par excellence, and I’m thrilled to introduce her to Victoria again in a few week’s time.

And Yalumba, for all its humble, pioneering ways, is not your typical winery. Tradition and history merged with modernity and sustainability has propelled the winery to become a leader in not only Australian winemaking, but global wine practices as well. They were the first wine company in the world to receive the Climate Protection Award from the US Environmental Protection Agency, and have thorough and detailed sustainability programs in affect for everything from vineyard practices to employee health.

They also revived a once unfashionable grape. When Jancis Robinson penned Vines, Grapes & Wines in 1985, she pegged viognier plantings at only 32 hectares worldwide, with nearly all coming from the northern Rhone. Yalumba nearly single handedly reversed the death trending of this lush, heady, aromatic grape, planting and promoting viognier onto worldwide shelves, sommelier lists and importantly, consumer tables.

Ferrari will be introducing viognier – and more – during the Victoria Wine Festival. Amongst the lineup are two shiraz viognier wines, which she describes as “the ‘alchemy’ of co fermentation”. And, as a special treat, guests will be able to taste a special wine recognizing Ferrari’s impact and dedication to Yalumba. Each year at Yalumba an individual who has made a great contribution to the winery is invited to ‘sign’ the back label and become the Signatory. Her Signatory wine, the 2010 Vintage Signature, will be available for lucky attendees to taste.

EAT Magazine presents Jane Ferrari from Yalumba at 2:30 pm on Friday, September 26. Here are a few of the many Yalumba wines in our market, including a preview of some of the wines we’ll be enjoying on the 26th. See you there ~

Perfumed aromas of apricot nectar, mandarin and stone fruit lead to a heady palate of peached and apricots and finishes with tropical citrus juiciness. Stylish and concentrated, this wine will continue to grow and develop in the bottle, firstly showing enhanced apricot and spice flavors, before developing honey flavors and toast after a few years rest. 90 points.

The bigger, riper, toastier 2012 vintage is now available on our market, but if you get a chance to snag a few of the remaining bottles of 2011 (or if you were fortunate enough to stash some away), kudos to you. I love the freshness of this overlooked Aussie grape, so oft relegated to a blending partner. Big cracked spice here, with cinnamon and black pepper from start to finish, overtop of perfumed black floral, deep damson plum and a satisfying, fresh palate. Partial wild ferment ups the character factor.  89 points.

A testament to their green practices and dedication, this was Yalumba’s first 100% organic wine seen on this market. This wine sees no time in oak, allowing fresh, bright fruit to shine. Notes of dusty plum and earthy raspberry lead to a soft palate of spice, blueberries, black cherries, coffee and plum. A wave of earth and spicy pepper close the tart finish. 88 points.

Pewsey Vale is a single vineyard Yalumba brand that is situated approximately 540m high in the Eden valley part of the Barossa Ranges. It is Eden Valley’s pioneer vineyard, planted in 1847. In the 1960s, then-owner Geoff Angas-Parsons called on friend Wyndham Hill Smith to assist him in developing the historic vineyard, and it was determined that Riesling was ideally suited to the special site.

75 year old vines from Eden Valley, nearly 10 years old, current museum release on our market, evolved and exemplary riesling character for just over $30?? Why are you even reading a review – get out there and find it! Brilliant move to package this under screwcap, preserving this laser acidity and concentrated petrol-slicked lemon and mineral notes for years to come. The honeycomb and herbs will deeped and mature even further, and the light nuttiness will turn toasty. White flowers, green apples lemongrass and limes. Finesse in spades, for the next decade+++. 93 points.

DRINKing Guide: How to use our purchasing information.

*Asterisks denote wines that are only available at the winery or select private liquor stores. All other wines are available through BC Liquor Stores. The price is suggested retail price, and may fluctuate depending on source. Wines are scored out of 100 points.

It’s all about cocktails, the home bar, what to buy, and what to serve. Founders Kyle and Nate launched their bar consultancy, The Nimble Bar ...
Read More
It’s almost summertime. And in case you didn’t know, that means gin cocktails on the patio. Vancouver Island has a plethora (yes, I just said ...
Read More
“Celebrating Caesars: Canada’s Signature Cocktail” If you enjoy sipping on a caesar get ready to raise your glass on May 19th, to ...
Read More
“Wine is one of the most civilized things in the world and one of the most natural things of the world that has been brought to the greatest ...
Read More
Lillooet. Wine. Not two words that you usually see together, but that hasn’t deterred the folks at Fort Berens Estate Winery. They’ve been too ...
Read More
I’m not advocating saving sparkling wine for special occasions. Quite the opposite – any day that ends in Y receives a YAY sparkling wine vote ...
Read More

November | December issue on the stands. Read ...
Read More
For the ninth year in a row Rancho Vignola is setting up its Vancouver Island Harvest Sale here at the Mary Winspear Center in Sidney. Many of ...
Read More
Season’s Greetings EAT readers! We at EAT are looking forward to all the wonderful seasonal baking on offer around the city. One of the great joys ...
Read More
Masterclass Candied Citrus Holiday ...
Read More
Recently, I sat down for a first look at the newly renovated Paul’s Restaurant (located in front of Paul’s Motor Inn) and it felt very much the ...
Read More